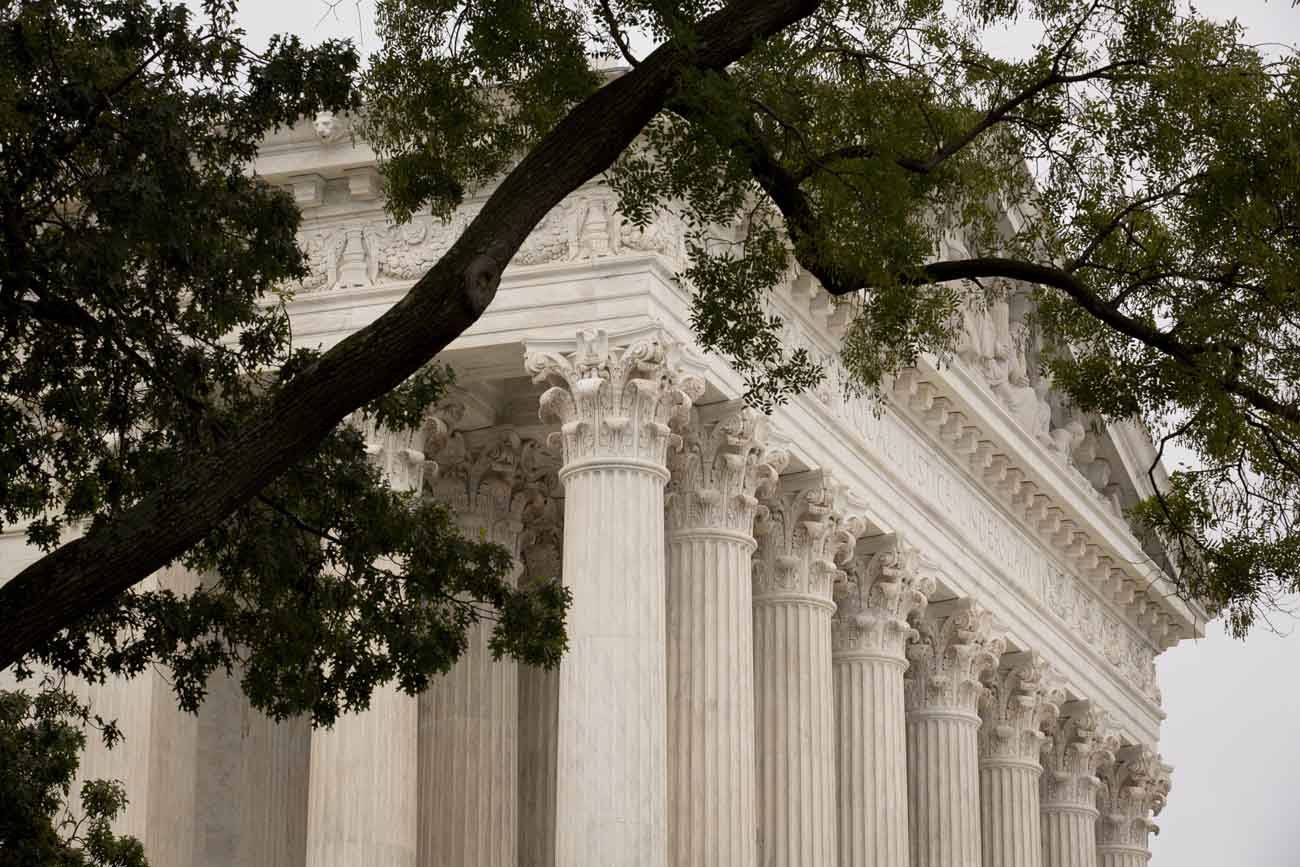 The U.S. Supreme Court is seen in Washington Sept. 28. In the first week of its new term, the court heard oral arguments Oct. 5 in a case questioning whether racial bias might have played a role in a 1995 death penalty sentence. (CNS photo/Tyler Orsburn)

WASHINGTON (CNS) — In the first week of its new term, the Supreme Court reviewed the extent that racial bias might have played in a 1995 death penalty sentence.

The case, Buck v. Stephens, hinges on the “claim of ineffective assistance” given to a convicted Texas murderer, Duane Buck, who was sentenced to die after an expert witness for the defense testified that Buck was more likely to commit violent crimes in the future because he is black.

Christina Swarns, litigation director for the NAACP Legal Defense Fund and the first black woman to argue a Supreme Court case in three years, told the eight members of the court that Buck deserves “a new, fair sentencing hearing.”

For years, lawyers for Buck have appealed his sentence saying he had been denied effective assistance of counsel and were repeatedly told the claim was raised too late. In 2014, Buck’s lawyers brought the case back to federal court and lost, which is why they are appealing now to the Supreme Court.

Buck’s guilt or innocence is not at stake for the murders of his ex-girlfriend and another man in front of her children. What is called into question is whether he was given a fair sentence.

The fact that the jury deliberated for two days and specifically asked to see the report from the expert witness, psychologist Walter Quijano, about the danger Buck would pose in the future future danger, is revealing, said Swarns. She noted that according to Texas law the death sentence must come from a unanimous jury decision that the defendant would pose a threat of future danger.

The state of Texas has acknowledged error based on similar testimony by the same psychologist in six other cases which they have since reviewed but Buck’s case was never reopened.

Swarns argued that while the jury was struggling to reach a verdict about whether Buck was likely to be a future danger, it “had in its hands a piece of paper that validated evidence that came from both sides of the aisle in this case.”

Many of the justices expressed concern that this racially charged testimony came from Buck’s defense lawyer, not the prosecution.

“It seems wildly more prejudicial to me when the defense attorney introduces it,” said Justice Elena Kagan, noting that the jury members likely would have thought: “Well, it must be true. Even the defendant’s lawyer thinks that this is true. So, you know, who am I to argue with that?”

Justice Ruth Bader Ginsburg similarly questioned why the defense raised the charge of Buck’s future danger, saying, doesn’t “this show how abysmal his representation was?”

“What competent counsel would put that evidence before a jury?” she added.

Swarns continued to press that very point, stressing that once the “appeal to racial bias” was introduced by the psychologist, “it’s impossible to un-ring the bell.”

Scott Keller, solicitor general of Texas, who defended the state before the court, downplayed the weight of the psychiatrist’s testimony, stressing instead that “the horrific facts of the offense” — killing his girlfriend in front of her children, was point enough of future danger.

He also said Buck’s lack of remorse was similarly telling and argued that Buck could not show a “substantial likelihood” that a jury would have reached another verdict even without the expert witness.

Later this term, the court will hear oral arguments on another death penalty case Moore v. Texas where the plaintiff, Bobby James Moore, claims he is intellectually disabled, a claim the state appeals court has rejected. Moore was given the death sentence for his conviction in a 1980 murder of a grocery store clerk during a botched robbery, but his attorneys argue the state used outdated medical standards in their evaluation of Moore’s mental state.

If the eight-member court gives a 4-4 ruling on the two cases, the men will be executed since the lower courts and the appeals courts ruled against them and those decisions will stand.