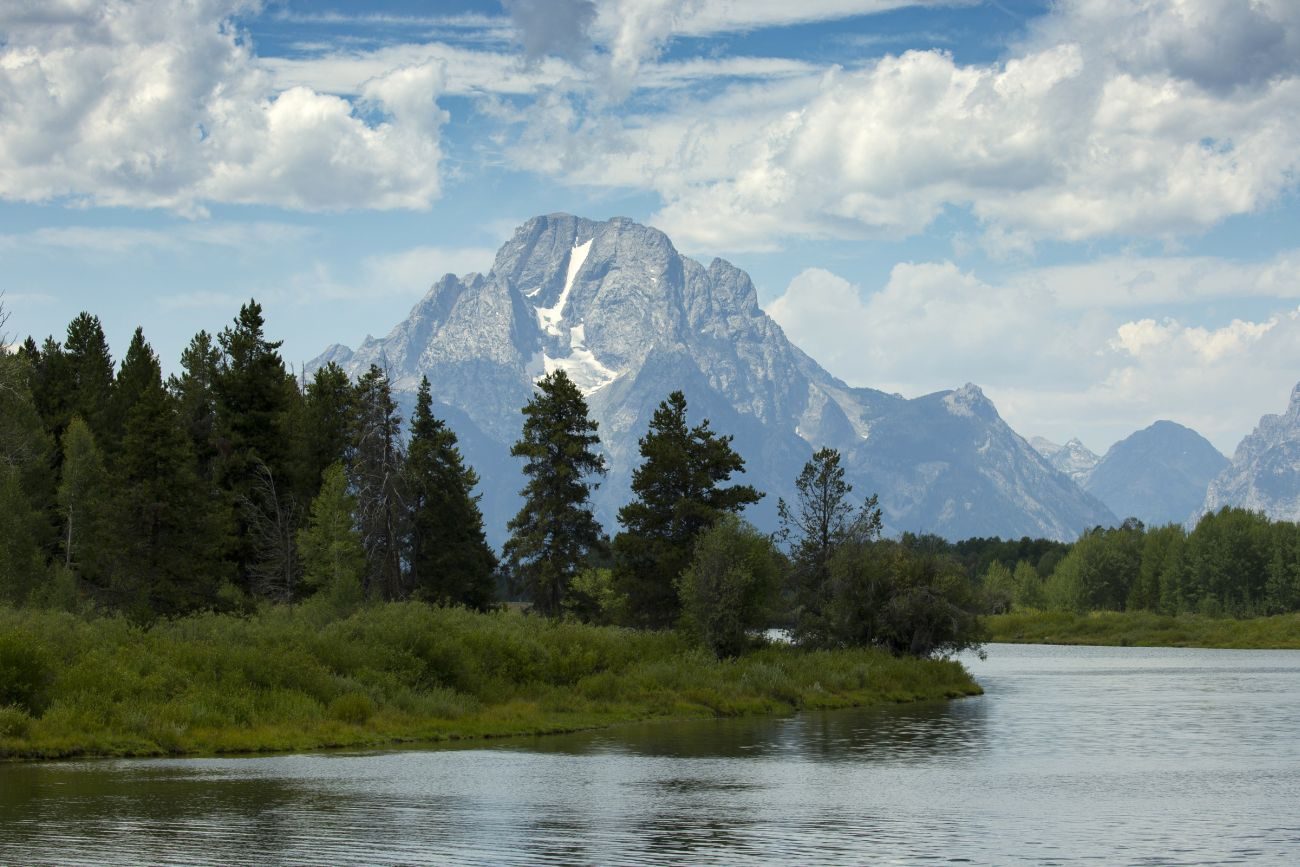 MOOSE, Wyo. (CNS) — Shirley Craighead knows a thing or two about grizzly bears. She and the bears live in the same place.

“I live here and love it!” Craighead emphatically told Catholic News Service in her home in Moose, just shy of the Teton Range in Grand Teton National Park.

In her house, she has knickknacks featuring bears, pictures of bears and even a pair of salt and pepper shakers in the shape of bears. Beside the shoes at her doorway, lie cans of bear spray, a deterrent for use against aggressive bears.

Shirley came to know a lot about grizzlies and other wildlife from her late husband, Frank Craighead, and his twin brother, John, who died this past September at age 100. As researchers and conservationists, the Craighead brothers are known for their studies of the greater Yellowstone area.

“They did the original study on grizzly bears and developed the radio tracking that is used commonly nowadays,” she said.

The tracking innovation has been used by scientists for decades, helping humans understand animal migration and the systems in which they live. 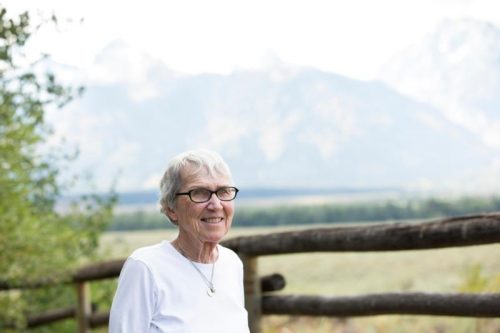 Shirley Craighead lives on an inholding in Grand Teton National Park in Moose in Wyoming. She said the beauty of a national park is that “it belongs to the people.” (CNS photo/Nancy Wiechec)

As a girl growing up in Massachusetts, Shirley Craighead read a lot of books. She said she longed to have the same adventures and to see different places like the characters she read about.

“That just stuck with me as I grew older.”

She became a Maryknoll sister and went on to work in Chile. Her life also led her to other places: Belize, El Salvador and Mexico.

“Eventually after six years of knowing him, we married and I moved out here,” she told CNS. “That’s how I came to live in beautiful Grand Teton National Park.”

Shirley smiles large when talking about her love of the park.

“It’s for climbers and rafters probably more than anything. It is (also) definitely for scenery, so the people who really want to stay in their cars or maybe just get out and take some pictures, it serves them too. There are beautiful spots, beautiful lakes that you can almost drive to. … It’s sort of a park for every ability.”

She said there are wonderful fishing spots, canoeing, skiing and of course bird and animal watching.

Has she seen a grizzly?

“Oh, yes, yes, several times,” she said. “I’ve seen grizzlies both here in this park and in Yellowstone.”

Shirley shared a specific story about taking a visiting priest on his first tour of Grand Teton, and he was eager to spot a grizzly.

During the tour, the two stopped at Oxbow Bend, a popular Teton viewpoint along a meander of the Snake River. It’s a favorite spot for ospreys and bald eagles, river otters, beavers, muskrats, elk and moose.

Then, Shirley and her guest were treated to a spectacular surprise.

“All of a sudden from down in the bushes a mother grizzly and three cubs came out and they were just grazing,” she recalled. “We just had marvelous, very safe views because we were right beside our car.”

Another time, Shirley was away from her house when her neighbors spotted a grizzly snooping around her porch.

“I was sorry to miss that opportunity,” she said and then added that if she had been there, “hopefully I would have known he was there before I’d have opened the door.”

Shirley considers all of Grand Teton to be special, but there are a couple of places that make it “extra special.”

One is the Catholic Chapel of the Sacred Heart, an all-log structure that has served park visitors and the locals for nearly 80 years. She has been its caretaker and sacristan for the past 15.

“The chapel is extremely interesting,” Shirley said. It’s one of very few active churches that exist within a national park, a place that has given her the opportunity to meet people from all over the world.

The second is Cascade Canyon.

“That has always been one of my very favorite spots,” she said. “And it’s half the country’s favorite trail too. … It’s very well used.” 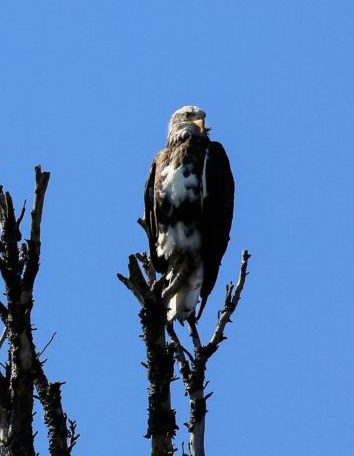 A young bald eagle perches on the limbs of a snag in Grand Teton National Park Aug. 9. (CNS photo/Nancy Wiechec)

Shirley said the canyon trail is challenging going up, but along the way hikers are treated to a waterfall and open views at Inspiration Point.

“Then you turn back into the Tetons and you have about three miles of just walking a wonderful trail between these gorgeous mountains.”

On the 100th anniversary of the National Park Service, Shirley reflected on the wisdom U.S. leaders had in setting up the national park system.

“It’s one of the most wonderful things we did for the world,” she said. “It’s saving God’s beautiful planet in so many different ways.”

The Craighead house sits on an inholding, land that was privately owned before it was included within the park boundaries.

But Shirley Craighead said her land in many ways is our land.

“It doesn’t matter where our line of property is because basically it belongs to all of us. And that’s the beauty of a national park; it belongs to the people.”