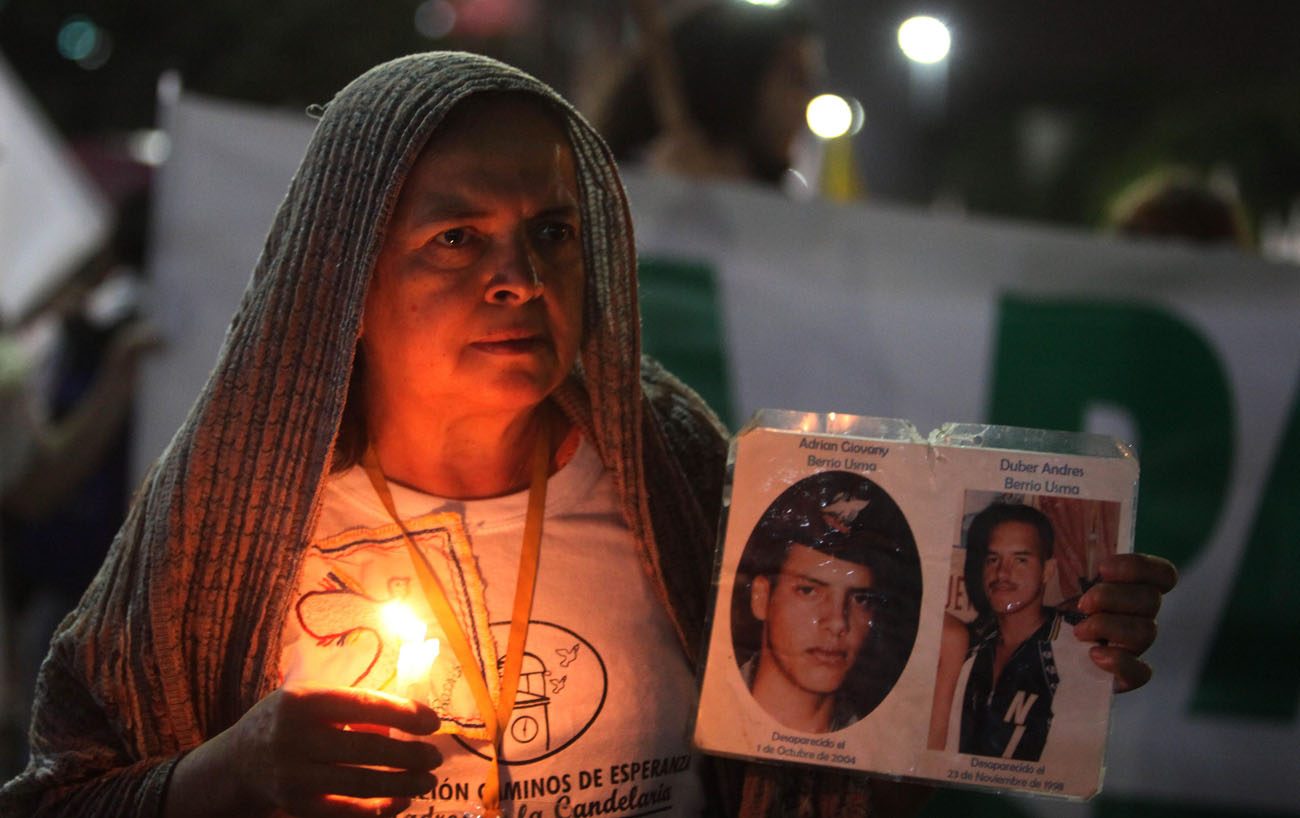 A woman holding a candle and images of disappeared victims takes part in a rally for peace Oct. 7 in Medellin, Colombia. Colombia's Catholic bishops urged the government and armed rebels to commit to an indefinite cease-fire while a new peace deal is negotiated. (CNS photo/Luis Eduardo Noriega A., EPA)

BOGOTA, Colombia (CNS) — Colombia’s Catholic bishops urged the government and armed rebels to commit to an indefinite cease-fire while a new peace deal is negotiated after voters rejected an agreement that would have formally ended the Western Hemisphere’s longest-running war.

Following a meeting Oct. 13-14, the bishops’ conference said in a letter that it wanted to convey a sense of hope and encouragement to the country as it considers the next steps to establishing lasting peace.

“We hear the cries and we align ourselves with the hopes of the victims, the peasants, the different ethnic groups, all of those who have suffered the consequences of the conflict in various regions of the country,” said the letter, signed by Archbishop Luis Castro Quiroga of Tunja, president of the bishops’ conference.

“Interpreting the feeling of the Colombian people, we ask the government and the FARC to indefinitely keep the cessation of hostilities,” the letter said, referring to the Revolutionary Armed Forces of Colombia by its Spanish acronym, FARC.

In June, the FARC, the country’s largest rebel group, and the government reached a cease-fire agreement set to expire at the end of the year. President Juan Manuel Santos, who was awarded the 2016 Nobel Peace Prize for bringing the conflict to an end, has called on the two sides to work toward a new agreement.

The extraordinary bishops’ meeting came two weeks after Colombian voters narrowly rejected a peace deal in an Oct. 2 plebiscite. It would have brought to an end an armed conflict that dates to the 1960s, has claimed at least 220,000 lives, and displaced millions.

In the letter, the bishops said the people and institutions of Colombia wanted a greater role in the terms of the next peace agreement.

“Colombians have lived through forced displacements and violence … and that is why we need to find the road to peace and justice,” Cardinal Parolin said.

Bishops said that finding peace was the responsibility of the government as well as others in the South American country of 47 million.

“The Catholic bishops of Colombia, along with our ecclesial communities, reaffirm our commitment to the task reconciliation and construction of authentic peace,” the letter said. “The Catholic Church, outside of any connection to a political party, remains steadfast in its invitation to everyone involved to work selflessly for the common good.”