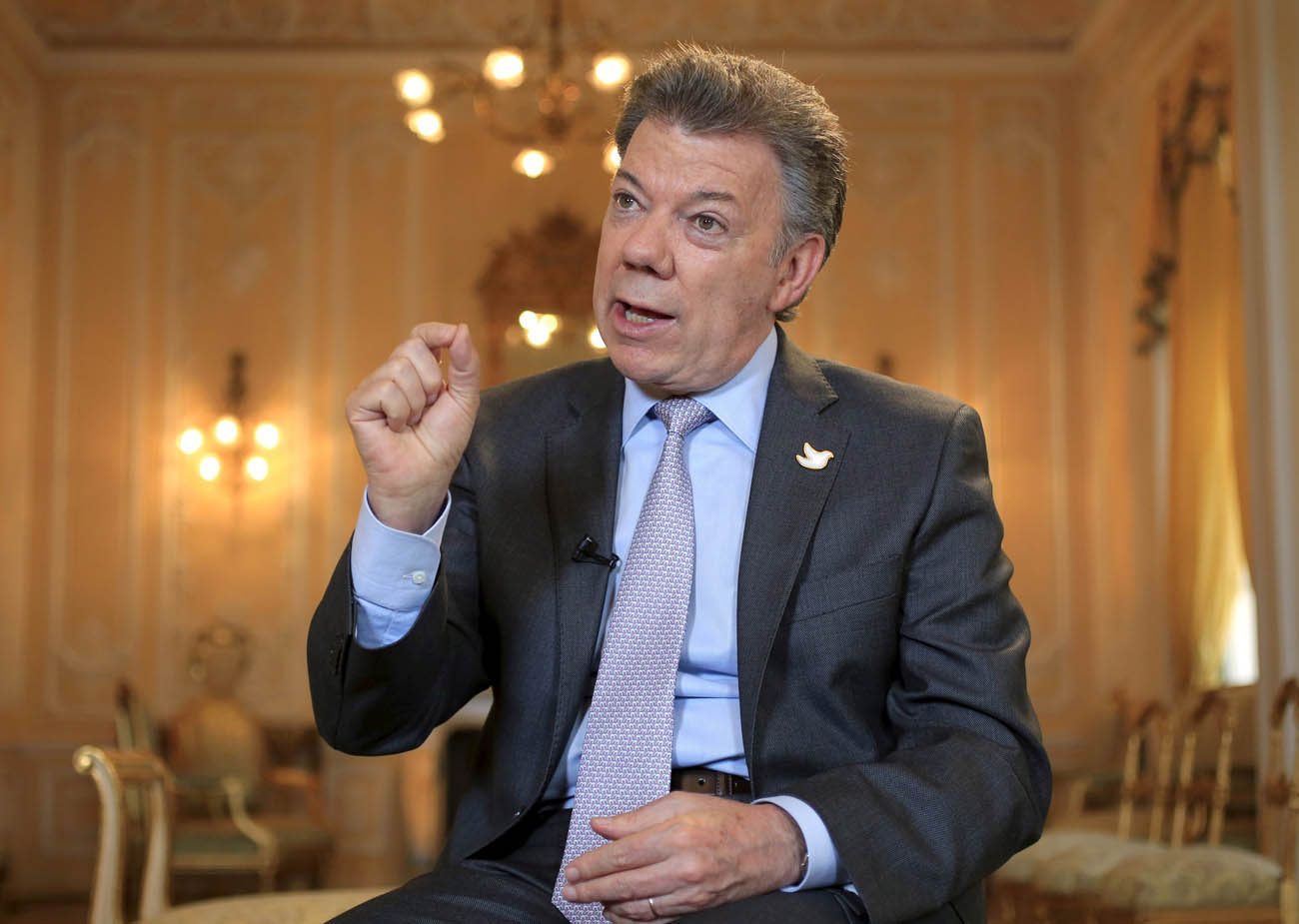 OSLO, Norway (CNS) — Even though the people of Colombia rejected the terms of a peace accord ending more than 50 years of civil war, the Nobel committee chose Colombian President Juan Manuel Santos as winner of the 2016 Nobel Peace Prize.

“The fact that a majority of the voters said no to the peace accord does not necessarily mean that the peace process is dead,” the committee said, announcing the prize Oct. 7.

The referendum Oct. 2 “was not a vote for or against peace,” the prize announcement said. “What the ‘no’ side rejected was not the desire for peace, but a specific peace agreement.”

The committee honored Santos “for his resolute efforts to bring the country’s more than 50-year-long civil war to an end, a war that has cost the lives of at least 220,000 Colombians and displaced close to 6 million people.”

The prize, it said, “should also be seen as a tribute to the Colombian people who, despite great hardships and abuses, have not given up hope of a just peace, and to all the parties who have contributed to the peace process.”

The committee also recognized that “striking a balance between the need for national reconciliation and ensuring justice for the victims will be a particularly difficult challenge,” one signaled by the rejection of the agreement by a narrow margin.

The Colombian bishops’ conference, in a statement after the referendum was defeated, said it was clear that “we all want peace,” but also that the Colombian people wanted a greater say in the exact terms meant to end 52 years of civil war while promoting justice and the unification of all the country’s people. “We can build the peace we yearn for only if we overcome polarization and divisions to unite around a common ideal.”

The bishops’ conference pledged the Catholic Church’s willingness to do everything possible to design and develop “initiatives that will help eradicate the roots of violence, defend life and the family and promote coexistence in peace and just for all Colombians.”

At the invitation of Santos and leaders of the rebel movement FARC, the Spanish acronym for Revolutionary Armed Forces of Colombia, Cardinal Pietro Parolin, Vatican secretary of state, was present for the initial signing Sept. 26 of the peace accord later rejected by voters.

Leading some 2,500 people in prayer before the signing ceremony, Cardinal Parolin had said, “Colombians have lived through forced displacements and violence. … And that is why we need to find the road to peace and justice.”

Pope Francis had said he would like visit Colombia once the peace agreement was finalized and approved by the people. Speaking to reporters just a few hours before the results of the referendum were announced, he said he would go to the South American country when everything is completely safe and when it is clear “there is no going back” to a state of civil war.

NEXT: Argentine priest who criticized drug trafficking found dead at his home