Even in midst of trials, Jesus never deserts his faithful, pope says 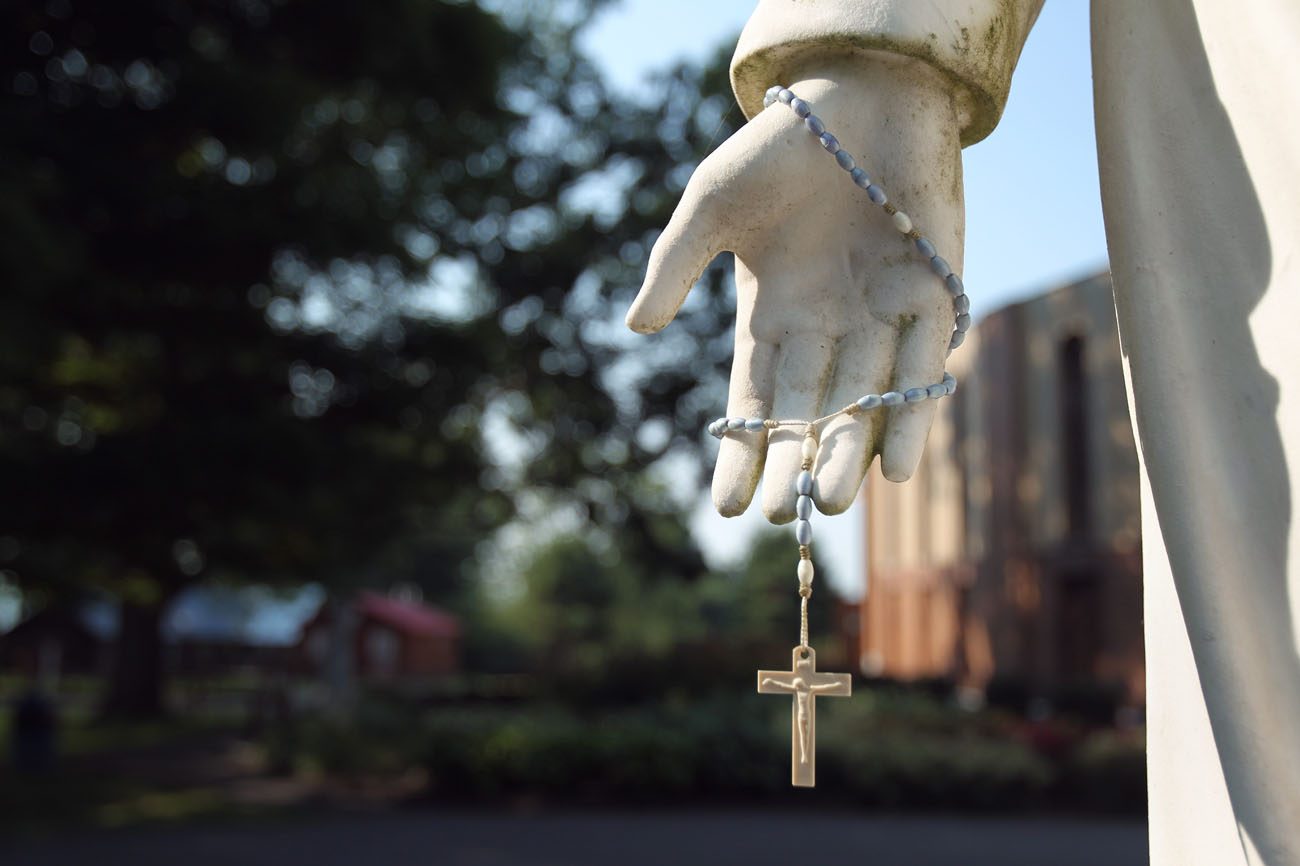 A rosary hangs from a statue of Jesus at the Shrine of Our Lady of Martyrs in Auriesville, N.Y., in this 2010 file photo. (CNS photo/Nancy Wiechec)

VATICAN CITY (CNS) — Following Christ may take a person down a path that leads to anguish, isolation, even martyrdom, but a Christian will never feel bitterness or regret because Christ never leaves his or her side, Pope Francis said in a morning homily.

In his homily during Mass at Domus Sanctae Marthae Oct. 18, the pope focused on the day’s reading from St. Paul’s Second Letter to Timothy (4:10-17) in which the apostle sadly takes note of those who deserted him. However, “the Lord stood by me and gave me strength,” the verse says.

“The life of the great Paul ends in desolation, not in resentment and bitterness, but with internal grief,” the pope said. In fact, many other martyrs like St. Peter, St. John the Baptist and St. Maximilian Kolbe, he said, died abandoned by so many, but they drew their strength from Jesus, who they knew was by their side.

“When the apostle is faithful, he doesn’t expect an end other than that of Jesus,” he said. “This is the law of the Gospel: If the grain of wheat does not die, it does not bear fruit,” and the blood of martyrs is the seed of the church, giving birth to new Christians.

“When a pastor lives like this, he is not bitter. Perhaps he is forsaken, but he has that certainty that the Lord is by his side,” the pope said.

But when a priest spends his life focused on things other than his flock and “he is, for example, attached to power, money, alliances, many things, in the end he will not be alone; perhaps his nieces and nephews will be there, waiting for him to die to see what they can carry away with them.”

The pope said whenever he visits elderly or ailing priests who lived serving the church and their people, they may be physically compromised, “but immediately you see that smile” reflecting the joy and confidence of feeling God in their lives.

Priests must have the confidence that if they follow the path of Christ, “the Lord will be near, all the way to the end. Let us pray for priests. May the Lord give them the strength, consolation and assurance that even though they feel ill or alone, the Lord is with them,” he said.