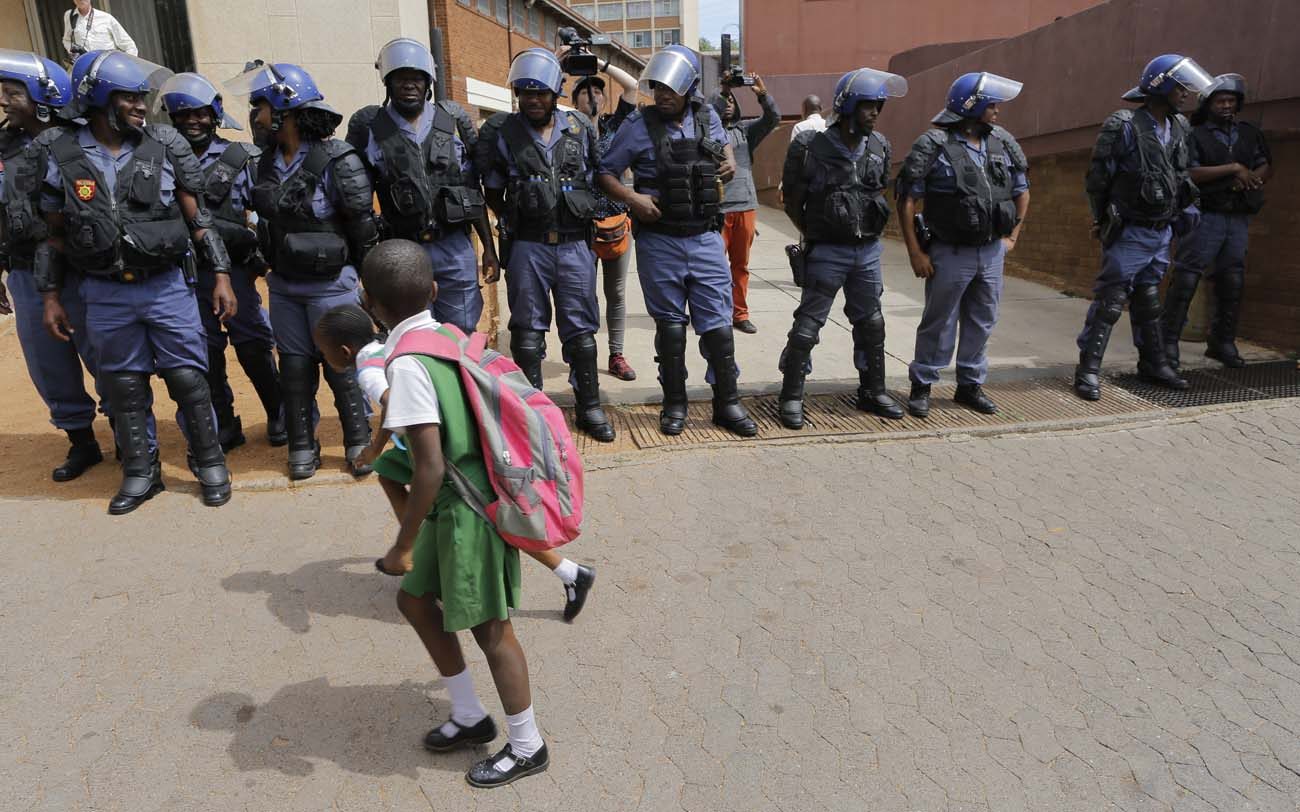 School children walk past a line of police officers during protests against the cost of higher education in Johannesburg, South Africa, Oct. 12. After chaos broke out in a Catholic church as it hosted a meeting to resolve a university crisis, South Africa's Jesuits said the church would no longer be open for these talks. (CNS photo/Kim Ludbrook, EPA)

CAPE TOWN, South Africa (CNS) — After chaos broke out in a Catholic church as it hosted a meeting to resolve a university crisis, South Africa’s Jesuits said the church would no longer be open for these talks.

The “safe and neutral space” of Holy Trinity Church in Johannesburg “has been violated by those who declared God’s house to be exclusively theirs,” Father David Rowan, regional superior of the Jesuits in South Africa, said in an Oct. 20 statement.

Adam Habib, vice chancellor and principal of the University of the Witwatersrand, slipped out of a back door after angry students objected to his presence at the Oct. 19 meeting.

Students in the church said Habib should have been arrested, instead of student activist Mcebo Dlamini, who faces charges of public violence, theft, assault and malicious damage to property.

The Jesuit statement said the dialogue at the church “was part of an ongoing attempt to find a peaceful solution to the current crisis at the university.”

“Since genuine attempts to dialogue and find a resolution to the crisis seem to have ended, Trinity is regrettably no longer available as a venue for meeting,” it said. The church “serves as a place of prayer and worship for thousands of people, not just the university community, and must continue to do so.”

Jesuit Father Graham Pugin, Holy Trinity’s parish priest, was struck in the mouth by a rubber bullet fired by police in earlier violent clashes between students and security forces at the university. The priest was urging an end to the violence while standing outside the church, where protesting students were taking shelter, when he was shot Oct. 10.

PREVIOUS: Sorrow and joy: Marking the Reformation with honesty about the past

NEXT: For vocations, one must go out, listen, call, pope says