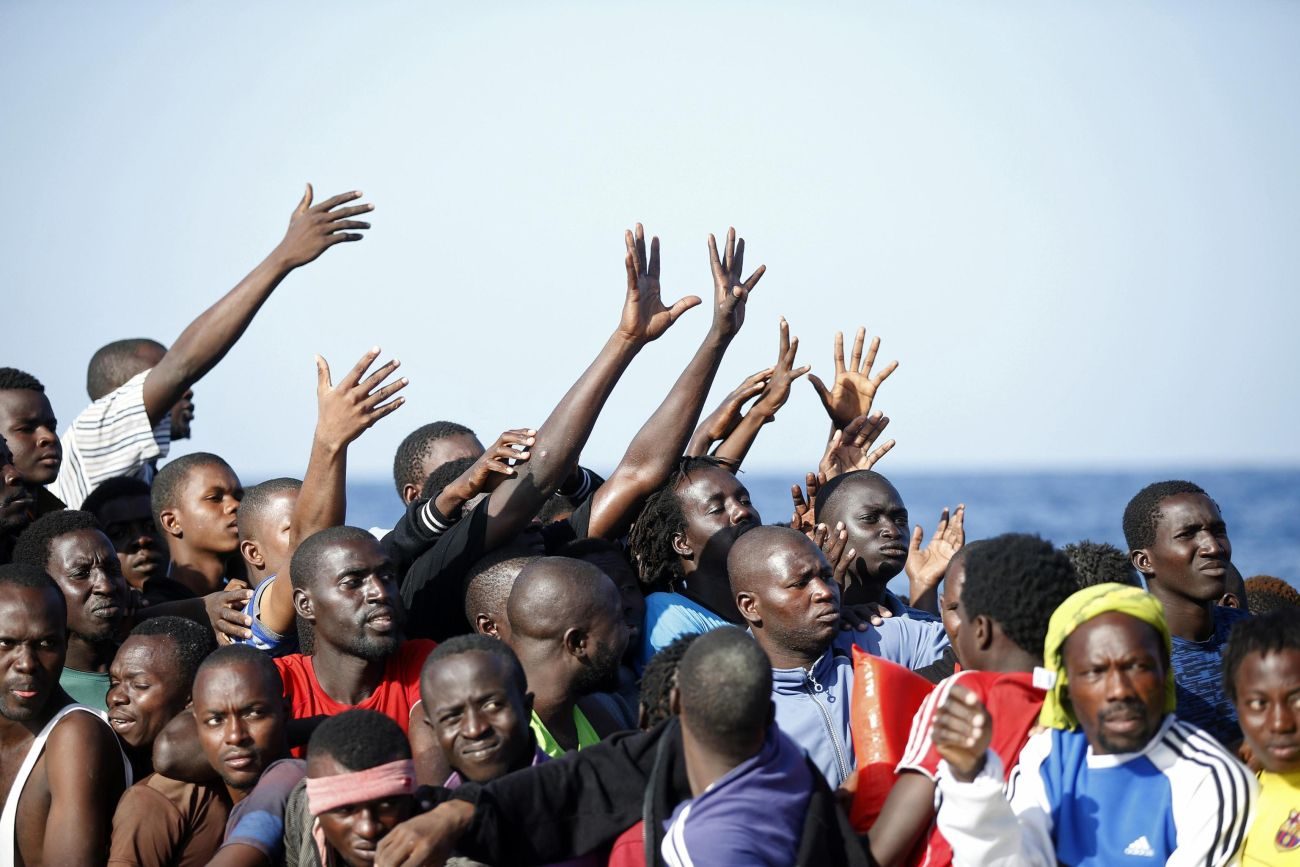 Migrants reach out from a boat during rescue operations Oct. 20 in the Mediterranean Sea. The number of migrants and refugees who have died while making the treacherous journey across the Mediterranean is expected to reach an all-time high in 2016, according to the U.N. Refugee Agency. (CNS photo/Italian Red Cross via EPA)

ROME (CNS) — The number of migrants and refugees who have died while making the treacherous journey across the Mediterranean is expected to reach an all-time high in 2016, according to the U.N. Refugee Agency said.

Among the reasons for the increased death rate, he said, is increased use of the more dangerous route from North Africa to Italy; about half of those who perished at sea were traveling that route.

While many boats have capsized due to bad weather, Spindler said human traffickers also have smuggled thousands of people at a time using “lower-quality vessels — flimsy inflatable rafts that do not last the journey.”

“This may be to do with the shifting smuggler business model or geared toward lowering detection risks, but it also makes the work of rescuers harder,” he said.

Acknowledging those providing asylum and assistance for countless refugees who have successfully entered Europe, Spindler praised governments and private entities for their contribution “to the important work of saving lives.”

However, he also urged countries to “do more in this regard,” including the expansion of safe and legal pathways for refugees, enhanced resettlement, family reunification, as well as the provision of humanitarian, student and work visas for refugees.

The high rate of deaths at sea, Spindler said, is “a reminder of the importance of continuing and robust search and rescue capacities — without which the fatality rates would almost certainly be higher.”