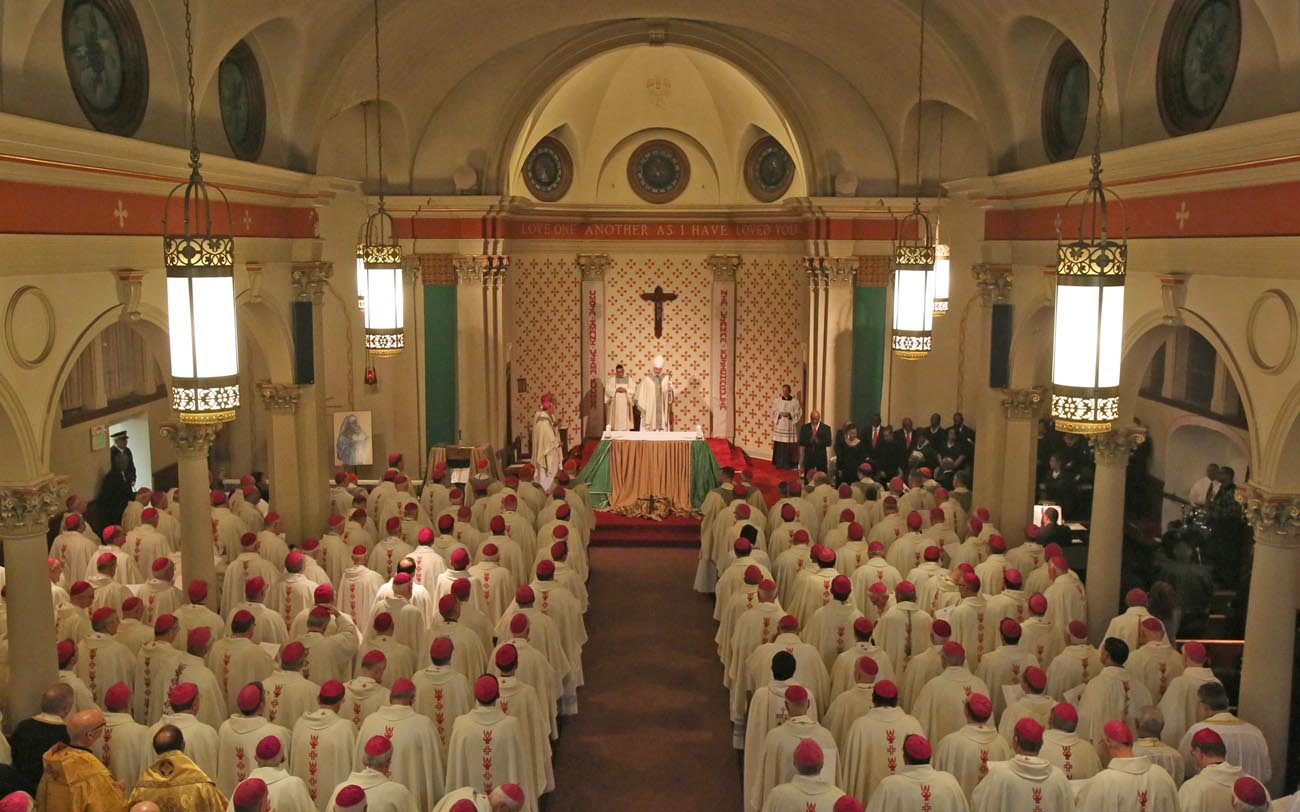 UPDATED – BALTIMORE (CNS) — The U.S. bishops broke from tradition during this year’s fall assembly by celebrating Mass at a Baltimore church known as the “Mother Church” of black Catholics, rather than West Baltimore’s historic basilica.

“I pray our presence will convey the church’s solidarity with you,” said Baltimore Archbishop William E. Lori in opening remarks Nov. 14 to a few dozen parishioners attending the Mass with more than 250 bishops filling nearly every pew of the small church.

In his homily, Archbishop Joseph E. Kurtz of Louisville, Kentucky, said the bishops came to the church “to be present, to see with our own eyes, so that we might humbly take a step and lead others to do so.”

The Mass capped a busy first day of the bishops’ fall assembly and brought full circle a theme that ran through the much of the day’s proceedings — concern for the nation’s communities riven by racial tensions and the need for the country to heal from the acrimony of a presidential race now concluded.

On the second day of the meeting, the bishops elected new officers and selected five committee chairmen-elect; approved a new strategic plan that sets five priorities for the bishops’ conference; approved creation of a permanent subcommittee on the church in Africa; and heard reports on the persecution of Christians in the Middle East and on cultural diversity in the church.

In elections Nov. 15, the bishops elected Cardinal Daniel N. DiNardo of Galveston-Houston to be president of the U.S. Conference of Catholic Bishops. He is the current vice president. As president, he succeeds Archbishop Joseph E. Kurtz of Louisville, Kentucky. Elected vice president was Archbishop Jose H. Gomez of Los Angeles. The new officers’ three-year terms begin when the assembly ends.

The bishops’ strategic plan incorporates the theme “Encountering the Mercy of Christ and Accompanying His People With Joy.” It sets as priorities for the next four years: evangelization; marriage and family life; human life and dignity; vocations; and religious freedom.

On Nov. 14, the bishops heard a plea from Archbishop Christophe Pierre, the new nuncio to the United States, that the U.S. bishops and the U.S. church as a whole reach out to young Catholics, meeting them where they are and engaging them in their faith. 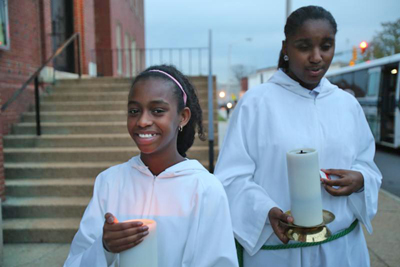 In his final address to the bishops as USCCB president, Archbishop Kurtz discussed the need to move beyond the acrimony of the now-completed elections, but the main focus of his speech were the encounters he had in his three-year term in which he found that small and often intimate gestures provide big lessons for bishops to learn as they exercise their ministry.

Seeking the common good also will serve the nation as it moves forward from the “unprecedented lack of civility and even rancor” of the national elections.

The anniversary events will include a program on formation, with presentations by Cardinal Dolan on the founding of what was originally the National Catholic War Council and Bishop Earl A. Boyea of Lansing, Michigan, on themes of common concern over the years.

Cardinal Pietro Parolin, Vatican secretary of state, will be principal celebrant of an anniversary Mass at Baltimore’s Basilica of the National Shrine of the Assumption of the Blessed Virgin Mary. Cardinal Marc Ouellet, prefect of the Congregation of Bishops, will deliver the homily.

In his report as chairman of the bishops’ Ad Hoc Committee for Religious Liberty, Baltimore’s Archbishop Lori said all U.S. bishops are required to speak out for religious freedom for all people of faith whose beliefs are compromised.

Father Paul Check, who had run Courage for the past several years, was recalled by his home Diocese of Bridgeport, Connecticut, to minister there. He will be succeeded as director by Father Philip Bochanski, a priest of the Archdiocese of Philadelphia.

Archbishop Gomez spoke of the fear many immigrants have of possible deportation since Republican Donald Trump’s election as president. When asked if churches could possibly provide sanctuaries for this group, he said that was impossible to answer at this point.

NEXT: Text: Pope Francis’ message to U.S. bishops on Encuentro