Reach out to the poor, says cardinal honored by Catholic Extension 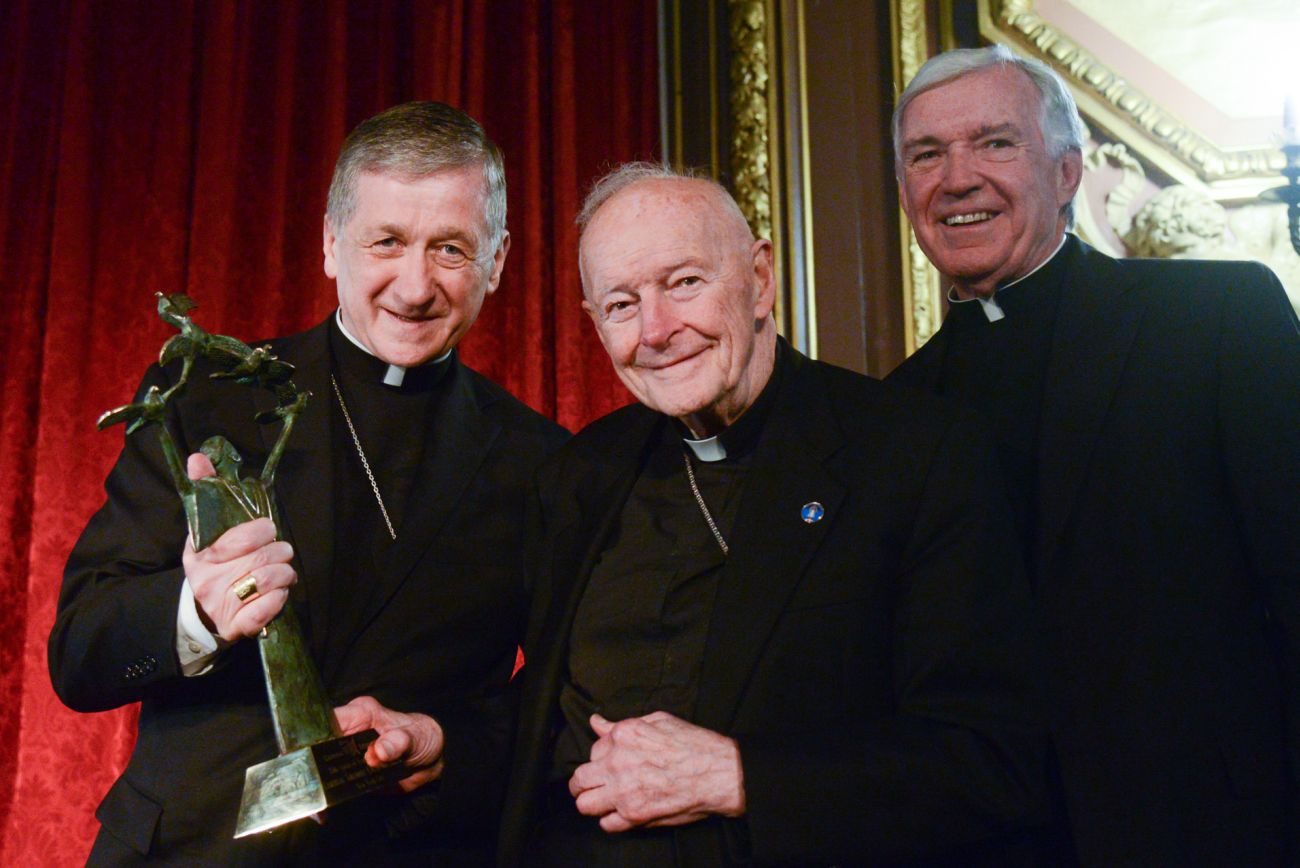 NEW YORK (CNS) — After what has been a “bruising election campaign,” Americans “need to recoup” and remind themselves of “what wonders God has done in us and through us” for the country, Cardinal Theodore E. McCarrick said Oct. 27.

God’s wonders for the nation are ongoing “as we reach out to others,” he added at an awards dinner in New York.

Cardinal McCarrick, retired archbishop of Washington, made the comments after he received Catholic Extension’s Spirit of Francis Award at the Metropolitan Club of New York in Manhattan.

He went on to highlight the need for Catholics to reach out to poor, rural and remote areas of the country, “where people do not have the religious opportunities that we had. What a blessing it is that we have a Catholic Extension.”

Now in its third year, the Spirit of Francis Award recognizes an individual or group for their commitment “to reach out to the margins of society” in the spirit of three men named Francis: St. Francis of Assisi, Pope Francis and Father Francis Clement Kelley, who founded Catholic Extension 111 years ago.

Ever since then, Catholic Extension has been building up the Catholic Church in U.S. “home missions” in under-resourced poor, rural and remote dioceses. The Chicago-based organization helps with church construction, provides funds for ministerial needs and seminary training, and contributes other ways in those areas.

In presenting the award, Cardinal-designate Blase J. Cupich of Chicago, who is Catholic Extension’s chancellor, said of Cardinal McCarrick that he “not only appreciates the need to reach out to people who are in need, but he understands that when we do so, we ourselves are enriched.”

Cardinal-designate Cupich added that the 86-year-old cardinal “had his own unique way of making his mark on the church. He’s always cared for people who are easily forgotten, who are on the margins. Even today, he is involved in efforts to open the doors to the church in China.”

“Wherever I go around the globe, people always ask me, ‘How is Cardinal McCarrick doing?'” he continued. “They know this man, and that he cares about them — those who are easily forgotten, those who have no names.”

Accepting the award, Cardinal McCarrick joked, “Today is a very big day for me,” explaining that his doctor had told him earlier that he no longer needed the walker he had been using after recent surgery.

The New York event, the cardinal said, gave him an opportunity to say thank you “not just for this award, which I do appreciate, but for gathering together to take joy in the fact that we can make our religion come alive in many places where there is nothing to build on except the love of the Lord Jesus and our faith.”

Addressing the donors and supporters of Catholic Extension who had gathered for the dinner, he continued, “Thank you for what you do for Catholics in areas where their opportunities as members of the church are limited because they lack resources or personnel. And yet you are making it happen, you’re making the impossible happen.”

In an interview with Extension magazine, Cardinal McCarrick said, “As a church, we have to make sure that our priests, our parishes and our agencies reach out to the invisible poor. Those are the people that the Holy Father talks about when he tells us to go out to the periphery. There’s a periphery in every country, in every city and in rural areas as well. There are so many rural poor people … and that is one of the reasons why we need Catholic Extension.”

At the end of the presentation, New York Cardinal Timothy M. Dolan made a surprise appearance to express his “appreciation and admiration and love for Cardinal McCarrick, whom all of us look up to.”