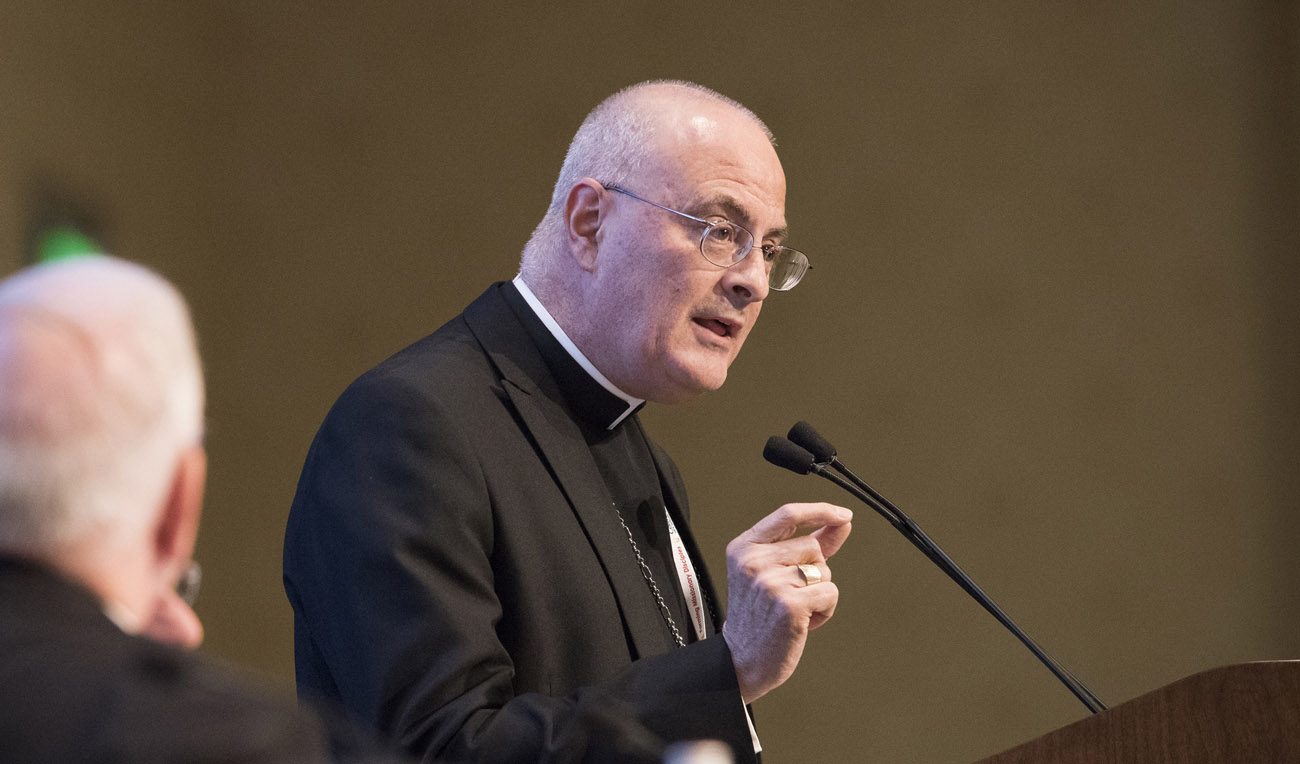 BALTIMORE (CNS) — Maronite Bishop Gregory J. Mansour called on the bishops of the United States to bring wider attention to the persecution of Christians in the Middle East to their parishes and political leaders.

Addressing the fall general assembly of the U.S. Conference of Catholic Bishops Nov. 15, the Maronite leader said he hoped that the new four-year strategic plan adopted by the conference earlier in the day would incorporate a robust advocacy for religious freedom in the rest of the world.

“People do look to America and religious freedom is our greatest freedom and we ought to be able to export it …The more we export it throughout the world, the happier our world will be,” said Bishop Mansour, who heads the Eparchy of St. Maron in Brooklyn, New York.

While referring to the acts of kidnapping, torture and killings by the Islamic State group in Iraq and Syria, Bishop Mansour said that attention must be given to attacks on the religious freedom of Christians throughout the Middle East.

He encouraged the bishops to take several steps to “increase our communion with our brothers and sisters there” including raising funds for the humanitarian work of organizations such as Catholic Relief Services, Aid to the Church in Need, the Catholic Near East Welfare Association and the Knights of Columbus.

He also said the U.S. church could play a major role in developing a plan with Catholic bishops around the world to rebuild churches and restore the livelihoods of Christians in the region.

A third suggestion revolved around the possibility of organizing a program in which U.S. parishes match up with parishes to create bonds of unity and solidarity. Such an effort, he said, could be extended to Orthodox, Protestant and other Christian congregations.

Bishop Mansour also called for advocacy with the U.S. Department of State to boost aid for refugees and displaced people who do not find their way to established camps but are taken in by individual families, hospitals and churches.

In response, several bishops acknowledged the importance of raising the profile of Christian persecution in the world. The leader of a Syriac Catholic diocese in the U.S. urged bolder action in their dioceses.

“Now you should continue your work not in the parish only, but the media end and to lead your parishioners to pray, to pray,” said Bishop Yousif B. Habash of Our Lady of Deliverance Syriac Catholic Diocese of the U.S. and Canada, which is based in New Jersey.

Archbishop Alexander K. Sample of Portland, Oregon, said the suffering of Middle East Christians is not often acknowledged as a pressing issue for the church to consider.

“My hope is that we as a conference will keep the issue of religious freedom in the Middle East and the suffering of our brothers and sisters always before our eyes. I think it would be a great mistake to let this fade into the background.”

He described a pin that he wears on his lapel. It depicts the Arabic symbol for the letter ‘N’, a marking that often appears on the homes of Christians to single them out for persecution, he said.

When asked about the pin, the archbishop said, he explains its meaning and shares the story of the dwindling population of Middle East Christians.

Bishop Francis Kalabat of St. Thomas the Apostle Chaldean Catholic Eparchy of the United States based in Detroit described a September visit to Iraq, including Baghdad and the Kurdish region in the north, where he met some of the “most beautiful people on earth” despite the violence.

He said he met with lay Christians running a home for the elderly and a Missionaries of Charity home for orphaned and abandoned children, most of whom are Muslim.

NEXT: NCCW records a million-plus works of mercy during jubilee year