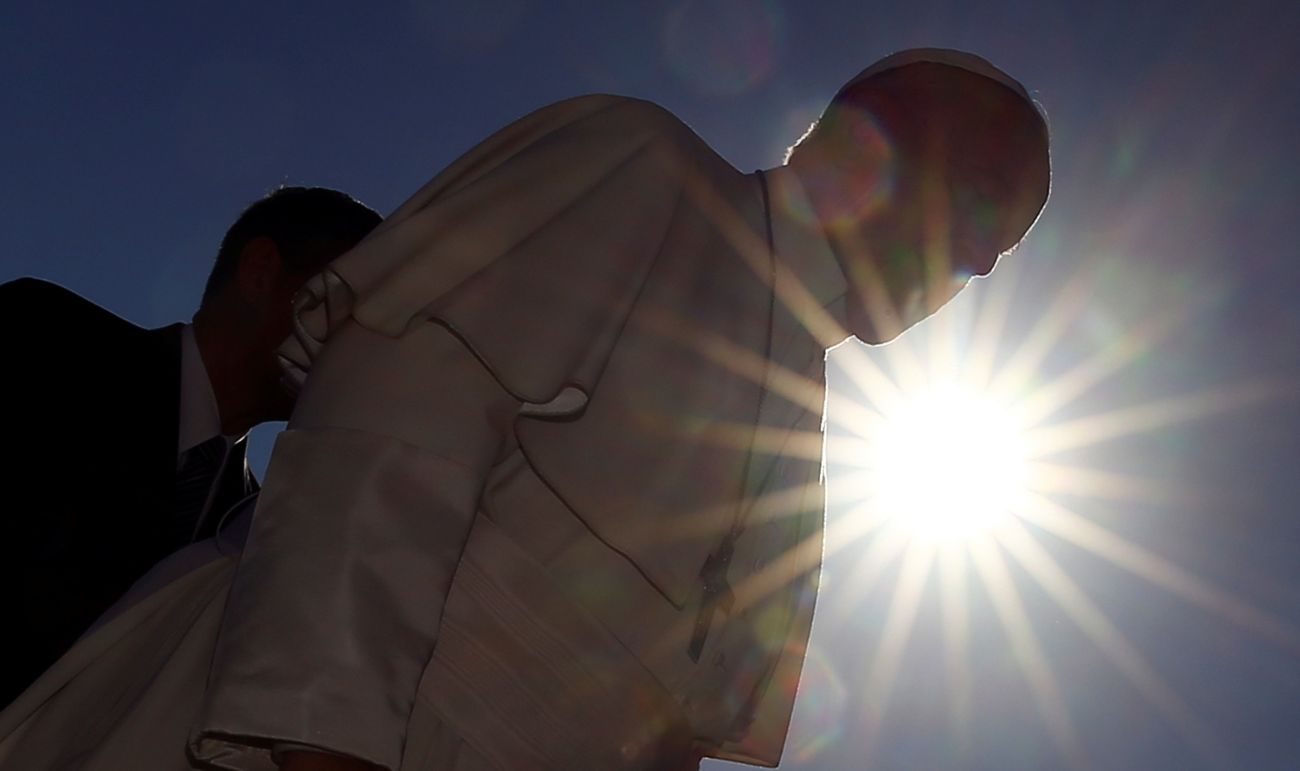 VATICAN CITY (CNS) — Visiting the sick and the imprisoned are works of mercy that not only benefit the suffering and the abandoned, but benefit the visitors who are enriched by being with those who suffer like Christ, Pope Francis said.

While the works of mercy are ancient, they still are relevant today for those who are deprived of freedom and “suffer one of the greatest hardships of human beings,” the pope said Nov. 9 at his weekly general audience.

When the living conditions “often devoid of humanity” in which many prisoners are housed are added to the equation, “then it is indeed the case that a Christian should feel the need to do everything to restore their dignity,” he said.

Continuing his series of talks on the works of mercy, the pope began with visiting the sick and highlighted Jesus’ ministry as an example of the Christian duty to be close to them, especially since “they often feel alone.”

Simple gestures such as smiling, caressing or shaking their hand, he added, can go a long way for those who feel abandoned.

“Do not leave sick people alone!” he said. “Let us not prevent them from finding relief and for us to be enriched by the closeness to suffering. Hospitals are the true ‘cathedrals of suffering,’ where, nonetheless, the strength of charity that supports and proves compassion becomes evident.”

Turning his focus to the imprisoned, the pope said that visiting those who are incarcerated is “above all, an invitation to not be anyone’s judge” and a reminder that while prisoners are paying the price for their crimes, they “will always remain loved by God.”

“I think often of the imprisoned, I think of them often, I carry them in my heart,” he said. “I feel they are all in need of closeness and tenderness because the mercy of God works wonders. How many tears I have seen fall from the cheeks of prisoners who have never cried in their lives; and this is only because they feel welcomed and loved.”

Departing from his prepared text, Pope Francis recalled a visit from a group of prisoners from Padua after the Holy Year celebration for prisoners Nov. 6.

The pope asked them where they were going before returning to Padua, and they said they wanted to visit the ancient Mamertine jail where Sts. Peter and Paul had been imprisoned.

“It’s beautiful. Hearing this did me much good. These prisoners wanted to go in search of the imprisoned Paul,” the pope said. “Even there, in prison, they prayed and evangelized.”

Pope Francis called on Christians not to fall prey to “indifference” and instead follow Christ’s footsteps and “become instruments of God’s mercy.”

“We all can be instruments of God’s mercy and this would do us more good than to others because mercy passes through a gesture, a word, a visit. And this mercy, it is an act to restore joy and dignity,” the pope said.