Desire for power is an obstacle to serving God, pope says 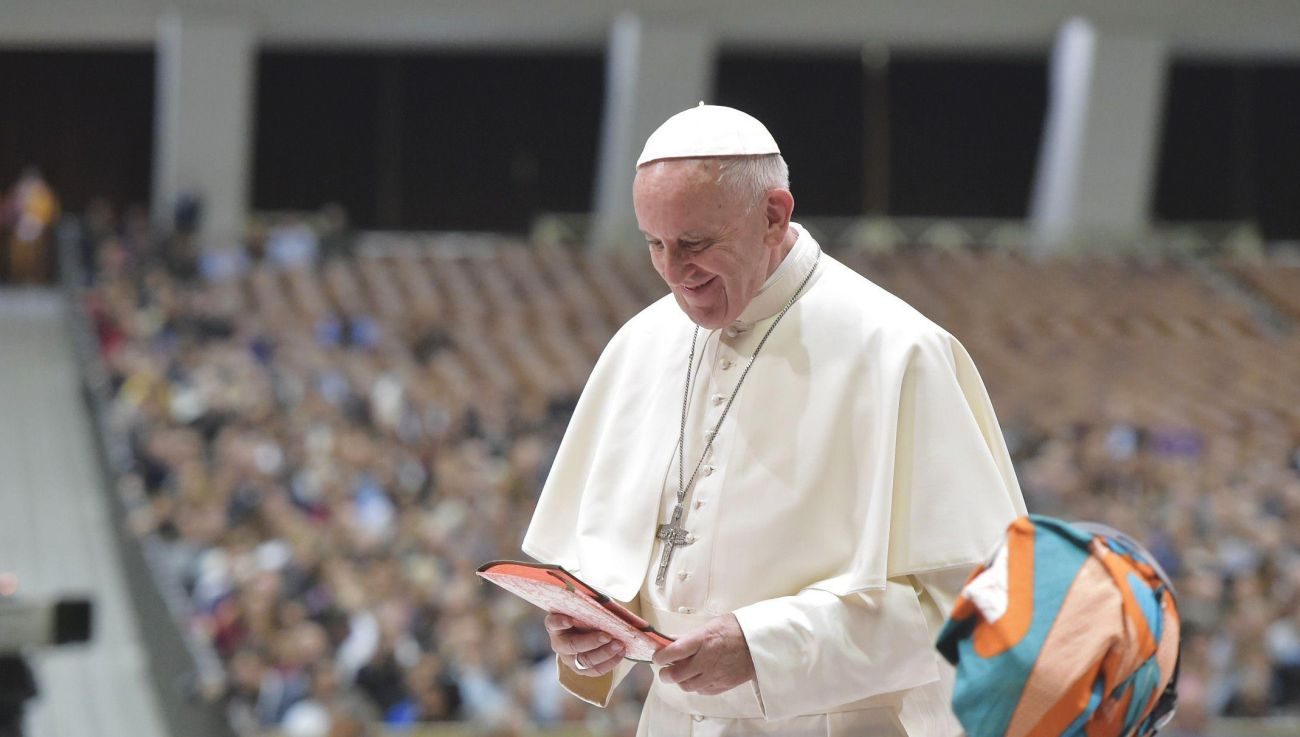 Pope Francis attends a Nov. 5 meeting at the Vatican with participants in the third World Meeting of Popular Movements, a collection of grass-roots organizations of the poor, the underemployed, indigenous communities and farmworkers. (CNS photo/L'Osservatore Romano via EPA)

VATICAN CITY (CNS) — To serve God, Christians must learn to be at the service of all and not be dominated by a desire to exert power and authority over others, Pope Francis said.

In his teaching, Jesus made it clear that “he who commands must become like one who serves,” the pope said Nov. 8 in his homily during Mass at the Domus Sanctae Marthae.

“This desire for power is not the path to becoming a servant of the Lord,” the pope said. “On the contrary, it is an obstacle; it is one of these obstacles that we have prayed to the Lord to keep far from us.”

Reflecting on the theme of service, the pope said that another major obstacle that impedes Christians from serving the Lord freely is disloyalty.

“To be disloyal means to play both sides: to play to the right and to the left, to play to God and also to play to the world. This is an obstacle,” the pope said. “He who desires power is the one who is disloyal; he can hardly serve and become a free servant of the Lord.”

Those who succumb to the desire for power and disloyalty, he added, are robbed of peace and “always anxious,” eventually giving in to “worldly vanity and living for appearances.”

“We all want to the serve the Lord with goodness and faithfulness, but we have need of his grace; alone, we can’t,” the pope said. “Always ask for this grace, so that he may take away these obstacles, that he may give us this serenity, this peace of heart to serve him freely not as slaves but as (his) children,” the pope said.

NEXT: Mercy Fridays give pope a year of stories, tears, hugs