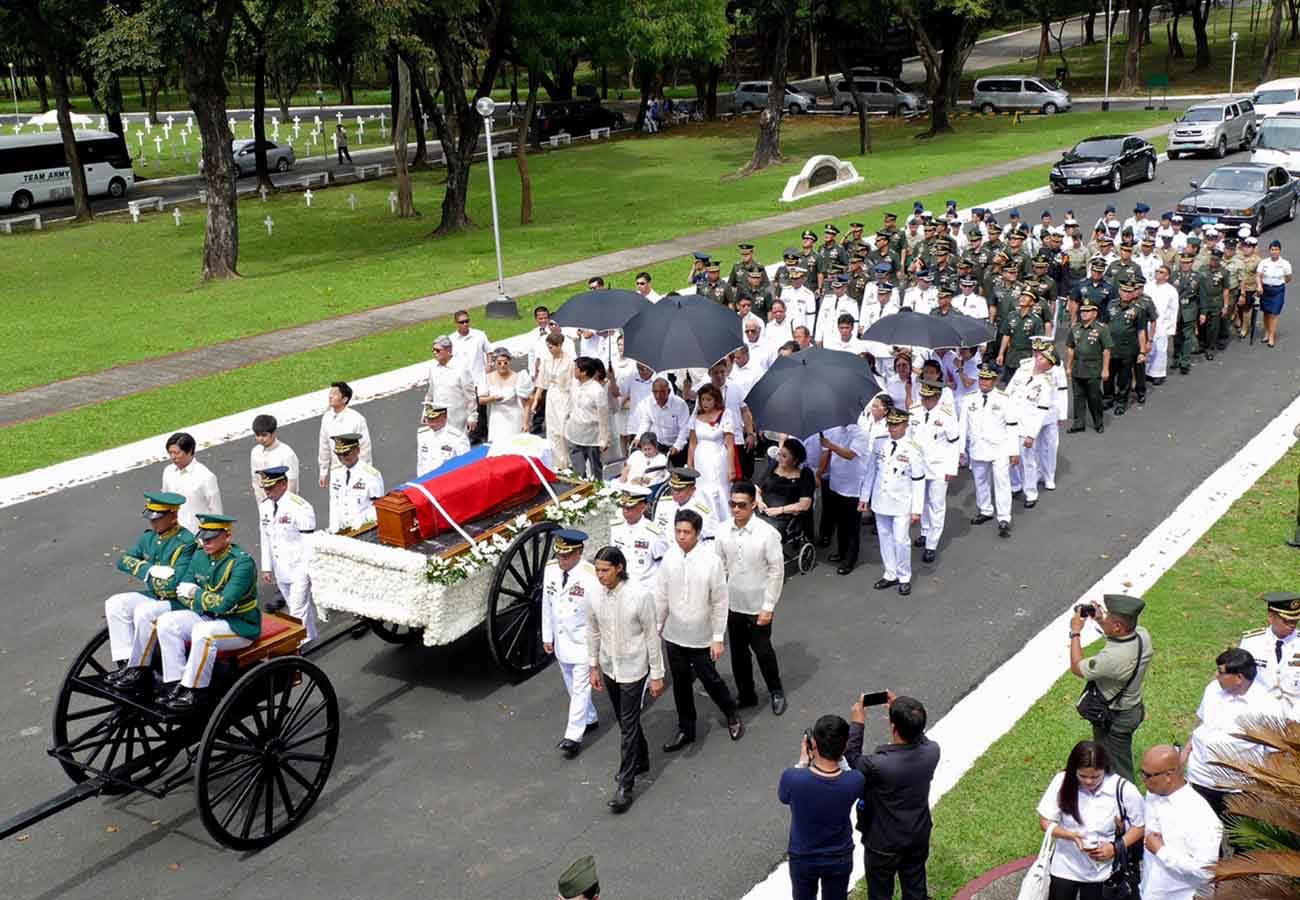 “This burial is dishonorable because they hid it from the people for fear of the people. It is characteristic of the Marcos rule — secretive,” said Manila Auxiliary Bishop Broderick Pabillo, chairman of the Philippine bishops’ Commission on the Laity.

Marcos died in exile in 1989 in Hawaii. His remains have been kept in a refrigerated glass-paneled crypt displayed in his home city in Batac.

CBCP News, the news agency of the Philippine bishops’ conference, reported that Marcos’ remains were flown secretly from Ilocos Norte province Nov. 18 and were given military honors before burial at the Heroes’ Cemetery. The ceremony followed a Supreme Court decision to allow his burial at the cemetery.

Father Jerome Secillano, executive secretary of the bishops’ Committee on Public Affairs, said the hero’s burial for the late dictator will not bury the atrocities committed under his regime, reported CBCP News.

“He will forever be a dictator, plunderer and human rights violator,” Father Secillano said.

“With his burial, the Marcoses have desecrated the meaning of honor, nobility and heroism that are otherwise associated with the hallowed ground,” he added.

NEXT: Church must understand divorced couples it tries to help, pope says