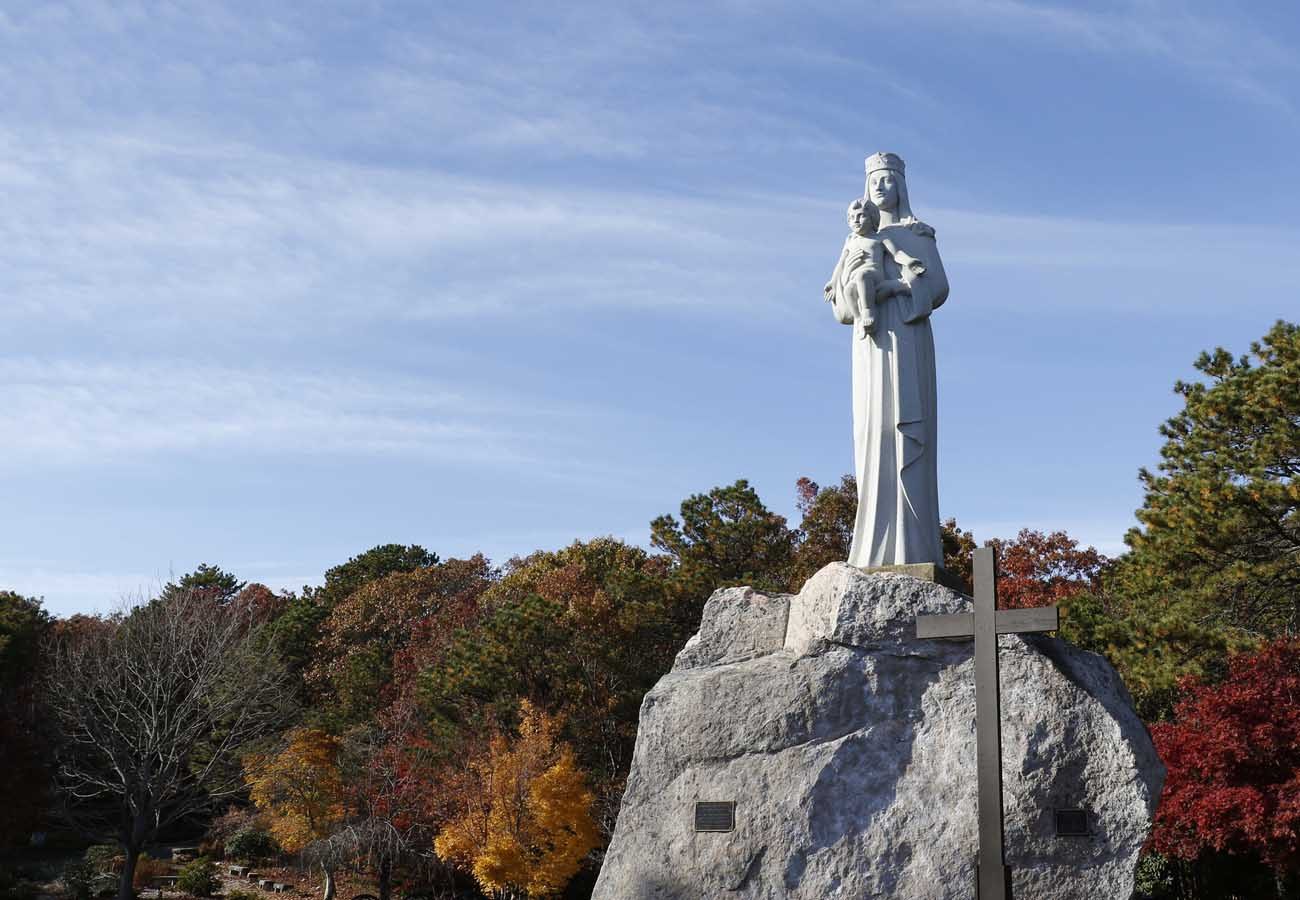 A statue of Mary and the Christ child are seen Nov. 12 at Our Lady of the Island Shrine in Eastport, N.Y. Pope Francis has chosen a focus on Mary for the next World Youth Day celebrations, which will be held in dioceses in 2017 and 2018 and as an international gathering in Panama in 2019. (CNS photo/Gregory A. Shemitz)

VATICAN CITY (CNS) — Pope Francis has chosen a focus on Mary for the next World Youth Day celebrations, which will be held in dioceses in 2017 and 2018 and with an international gathering in Panama in 2019.

The pope has highlighted the way the Mother of Jesus was always open to the Lord’s will and has described her “as a role model to be imitated,” said the Dicastery for Laity, the Family and Life in a press release Nov. 22.

The themes “are intended to give a clear Marian tone to the spiritual journey” of the next three World Youth Days as well as to “give a picture of young people on a journey between the past (2017), present (2018) and future (2019), inspired by the three theological virtues of faith, charity and hope.”

The annual Rome diocesan celebration with the pope is held on Palm Sunday each year; the date of the celebration in other dioceses varies.

The themes chosen by the pope, the dicastery said, were:

This journey the pope is proposing to young people coincides with the reflection the pope “has entrusted to the next Synod of Bishops: Young People, Faith and Vocational Discernment,” the press release said.

NEXT: Threat of hell is real for not being faithful to God, pope says