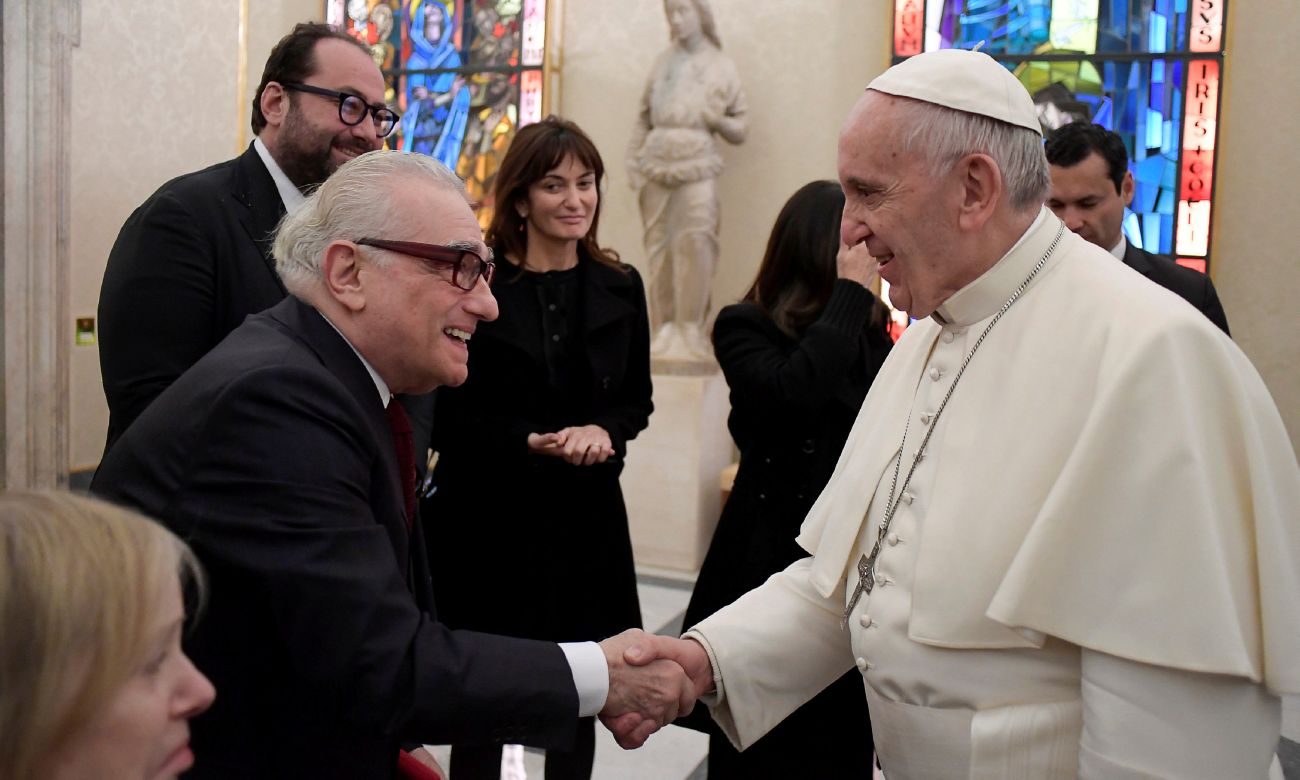 VATICAN CITY (CNS) — The morning after screening his film, “Silence,” for about 300 Jesuits, the U.S. director Martin Scorsese had a private audience with Pope Francis.

During the 15-minute audience Nov. 30, Pope Francis told Scorsese that he had read Japanese author Shusaku Endo’s historical novel, “Silence,” which inspired the film. The book and film are a fictionalized account of the persecution of Christians in 17th-century Japan; the central figures are Jesuit missionaries.

Pope Francis spoke to Scorsese, his wife and two daughters, and the film’s producer, about the early Jesuit missions to Japan and about the Twenty-Six Martyrs Museum and Monument in Nagasaki, which honors the Japanese martyrs executed on the site in 1597.

Scorsese gave the pope two paintings, which the Vatican said were “connected to the theme of the ‘hidden Christians,'” the Christians who kept their faith secret during the persecution. One of the paintings was of an image of Mary venerated in the 1700s.

The U.S. director screened the film Nov. 29 at the Jesuit-run Pontifical Oriental Institute in Rome. Other private screenings reportedly were to include one in the Vatican for specially invited guests.

PREVIOUS: Pope: Reflections on mercy may be over, but compassion must live on