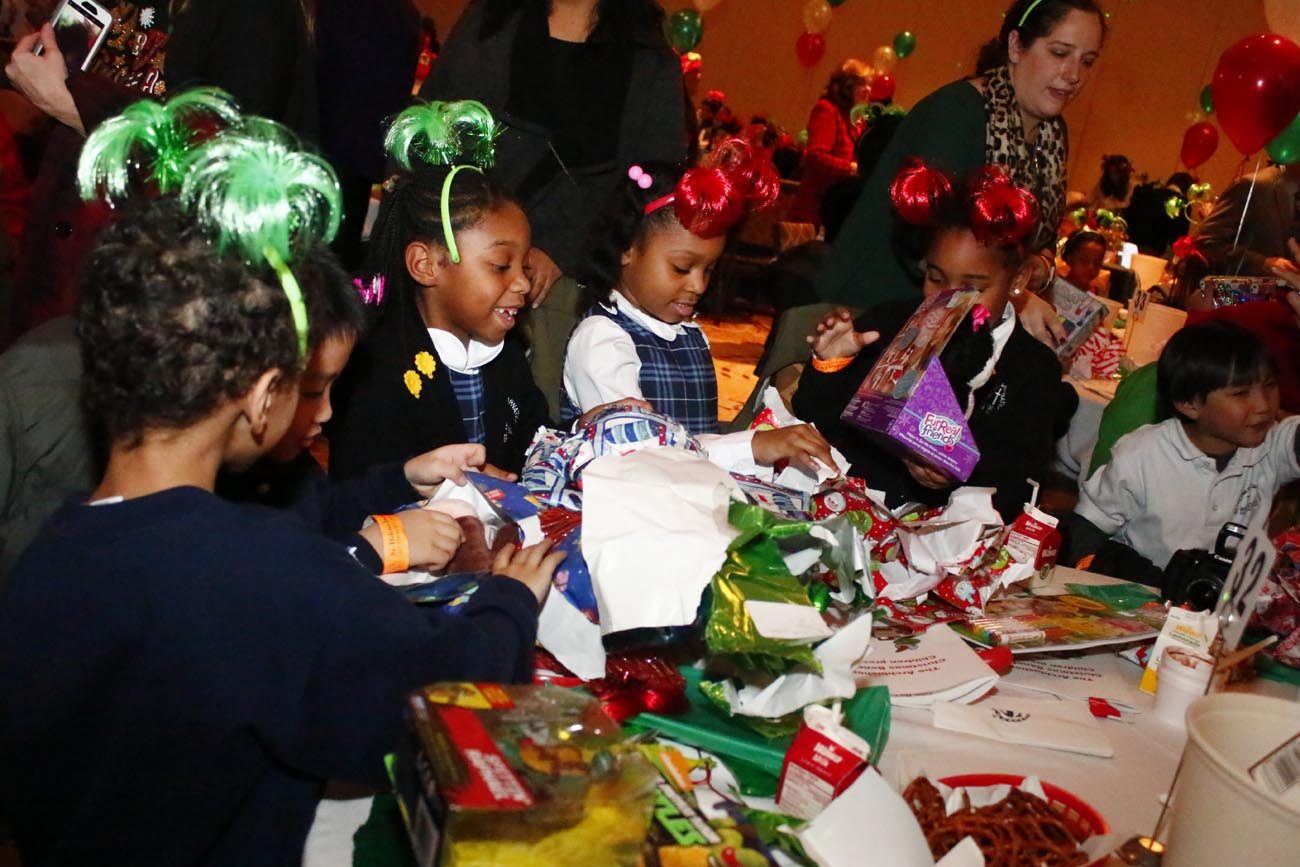 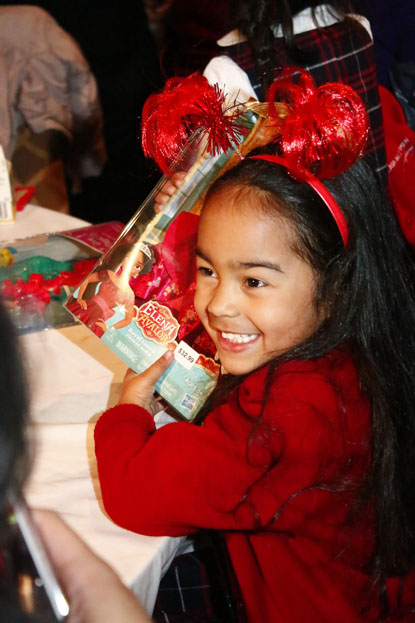 A little girl at the Archbishop’s Christmas Benefit for Children is excited by her Christmas present at the party. (Sarah Webb)

It’s an Archdiocese of Philadelphia tradition dating back six decades to Archbishop John F. O’Hara and it will probably still be around six decades hence.

The annual Archbishop’s Christmas Benefit for Children was held Monday, Dec. 19 at the Sheraton Philadelphia Center City Hotel, its venue for the past several decades.

It was a fundraiser and showcase for archdiocesan Catholic Social Services (CSS) and its many services to 16,000 children across the Philadelphia region. But for the 500 or so kids invited, it was just a great party.

“This is the best day ever,” declared Tiffany, a youngster from the St. Helena-Incarnation School’s Out of School Time Program in Olney, who was clutching her goodies from the day including a stuffed penguin, candy and a Disney Princess book.

The chairperson for the event was Jackie Delaney, as she has been for the past eight years. “It’s just great to see the smiling faces of all the happy children and it helps Catholic Social Services,” she said.

The theme for the  benefit was “How the Grinch Stole Christmas,” as presented by Jeff Bracconier and his Delaware County-based Catholic Community Choir, with lots of songs from the Dr. Seuss classic backed by the All Catholic Jazz Band consisting of top high school student musicians.

“This is our fourth year doing this and we are still going strong,” Bracconier said.

There was of course an appropriately scary Grinch wandering around to the delight of the children. On the other hand, Archbishop Charles Chaput, the host for the afternoon, chose to emulate a gentler but no less spirited Seuss character, the Cat in the Hat, as exemplified by a tall red-and-white-striped hat for the occasion.

“It just gets better and better every year,” he said, giving special credit to the organizational skills of Amy Stoner, director for community-based services at CSS, who put the event together. 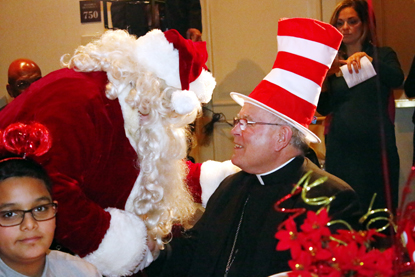 Archbishop Charles Chaput enjoys the Dr. Seuss theme of the party and its spirit, thanks to a visit with Santa Claus, a.k.a. Douglas Dunn.

In addition to the Seuss motif there was a live nativity pageant with slightly different but very popular version this year, reflecting the cultural heritage of Philadelphia’s African American community.

Of course there is always Santa Claus too, represented by Douglas Dunn, who between Christmases teaches at John Paul II High School. He wouldn’t miss this for the world.

Mrs. Claus was personified by Mary Anne Campellone, who said, “I had a couple of kids say, ‘How did Santa know what I wanted?’ I’ve been involved with this since back in the Operation Santa Claus days. I also remember when I was about 12, and the oldest of six kids, we were visited by a team from Operation Santa Claus and I know how meaningful that was.”

Accompanying her was her niece, a student at Chestnut Hill College, who said, “I love helping people, making them happy. I came here for this when I was a student at Little Flower High School.” 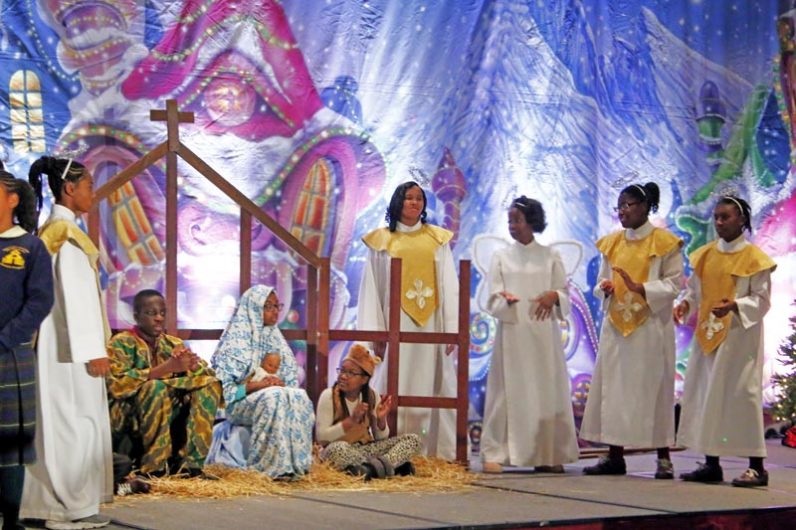 The guests at the Christmas party were treated to a creative and contemporary telling of the Nativity story by the Mercy Career and Technical High School Gospel Choir, the St. Athanasius and St. Raymond School Choir and the Dynamic Elite Spirit Dancers from De Paul School’s Out of School Program. (Sarah Webb)

NEXT: After 36 years of feeding the hungers of the human family, Ayella retires