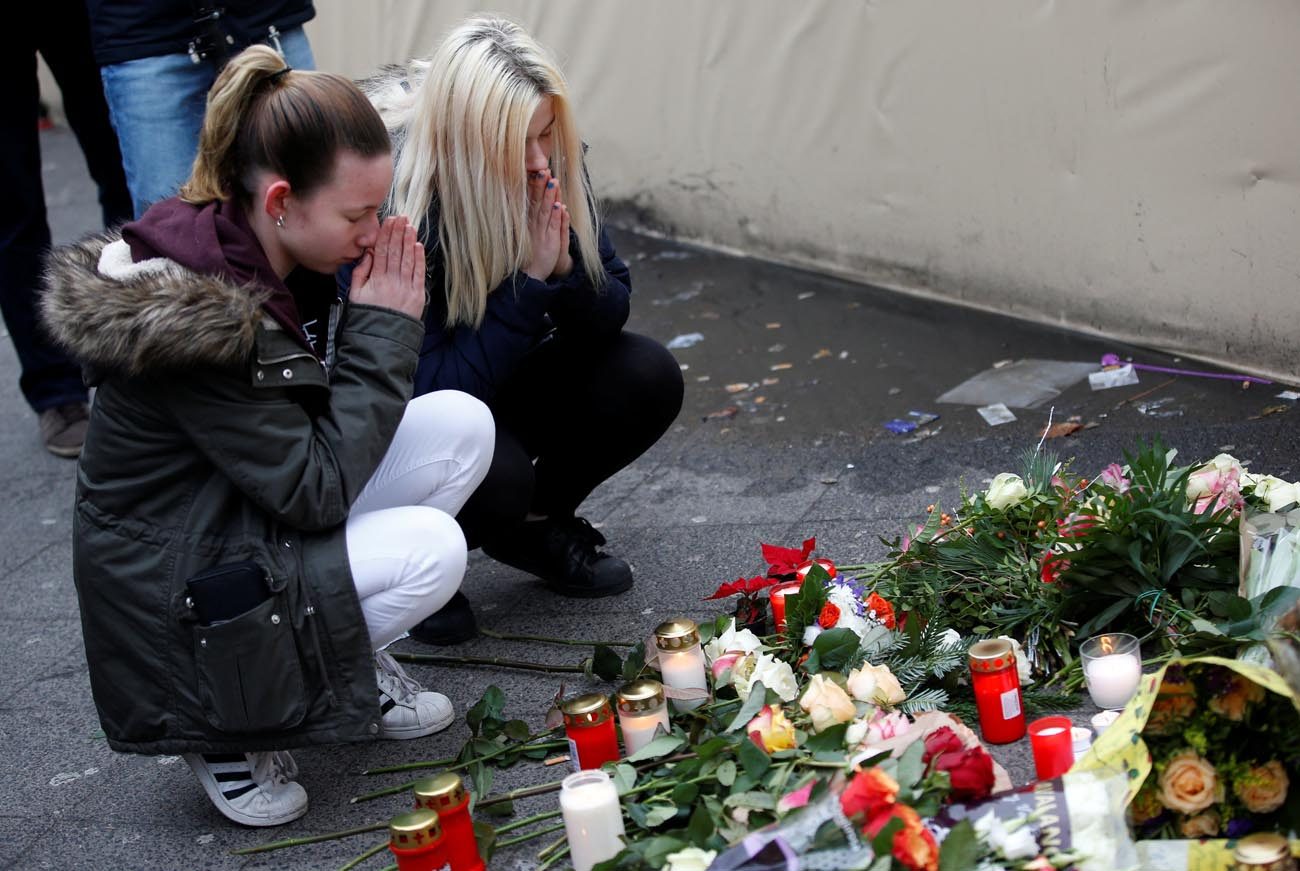 Women pray in front of a makeshift memorial Dec. 20 at the scene where a truck plowed into a crowded Christmas market the previous day in Berlin. The terrorist attack killed at least a dozen people and injured nearly 50 as it smashed through tables and wooden stands. (CNS photo/Fabrizio Bensch, Reuters)

NUREMBERG, Germany (CNS) — In the wake of the terrorist attack on the Berlin Christmas market, Catholics across Germany were uniting to support the Christian community.

The attack has provoked strong emotions among many people, especially given that Christmas is traditionally one of Germany’s most beloved and important holidays.

Bishop Gebhard Furst of Rottenburg-Stuttgart held a prayer service Dec. 20, during which he called the attack a “deed of horror.”

“The past night has struck us and shaken us deeply,” Bishop Furst told attendees at Rottenburg’s Cathedral of St. Martin.

He called for Christians to interrupt their daily routines with prayer services “in order to hold onto, and pray for, and think of what has happened, especially of the victims, the injured, the severely wounded, of those people who were struck and affected by this misfortune, this deed of horror.”

The bishop also called for prayers for the victims’ relatives and members of the security services. He ended the address by lighting a single candle on the stone altar to symbolize Germany’s “hope and courage toward the future.”

On Dec. 19, the day of the attack, the German bishops’ conference called for parishes across Germany to observe a “Day of Prayer for Harassed and Persecuted Christians,” scheduled for Dec. 26. The bishops chose the day to coincide with the feast of St. Stephen, the first Christian martyr.

The Archdiocese of Munich and Freising also held a midday prayer service Dec. 20 in Munich’s Cathedral of Our Lady to pray for victims and their relatives.

Similar to an attack with a truck that took place in July in Nice, France, a tractor-trailer veered into the crowded Breitscheidplatz Christmas market in Berlin and plowed through bystanders, killing 12 people and wounding nearly 50.

In a Dec. 20 telegram sent by Cardinal Pietro Parolin, Vatican secretary of state, to Archbishop Heiner Koch of Berlin, Pope Francis prayed for the families of the dead and the wounded, “assuring his closeness in their pain.”

“Pope Francis joins all people of good will who are working so that the homicidal madness of terrorism does not find any more room in our world,” Cardinal Parolin wrote.

Meanwhile, police security increased around the Nuremberg Christmas Market, one of German’s oldest Christmas markets. Police vehicles and personnel were stationed around the Catholic churches within the medieval old town and other heavily crowded areas throughout the main square. 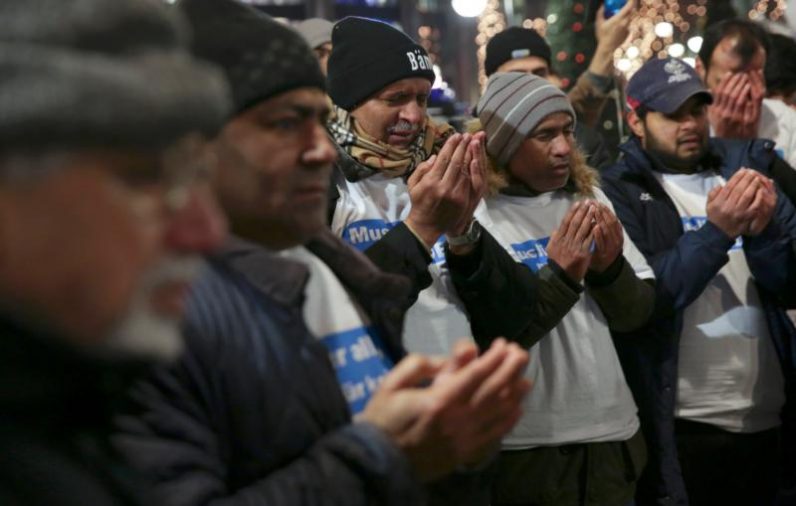 Muslims pray Dec. 20 to commemorate the victims of a terrorist attack at a Christmas market in Berlin. At least a dozen people were killed and nearly 50 wounded when a stolen truck smashed into wooden huts serving wine and sausages Dec. 19. (CNS photo/Christian Mang, Reuters)

NEXT: Pope calls for peace in Congo following deadly protests