Catholics in Congress: one-third of House, one-quarter of Senate 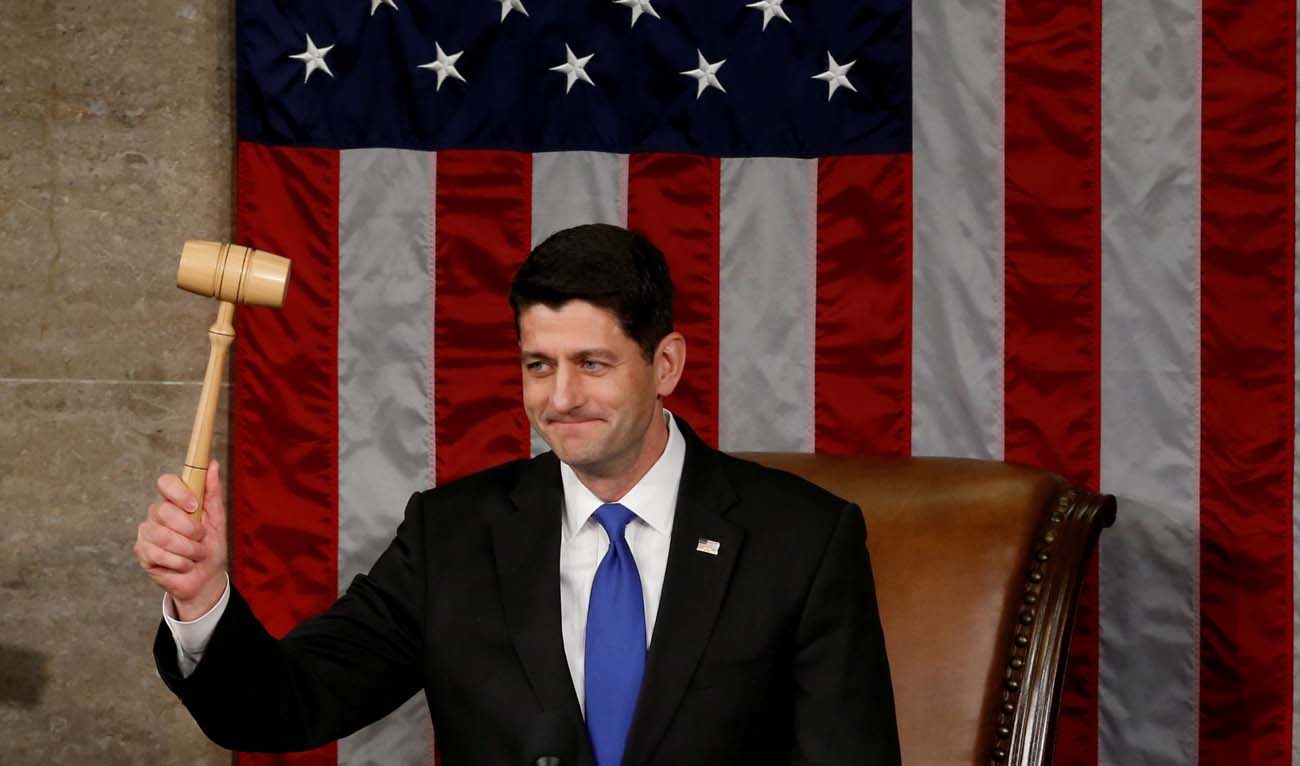 U.S. House Speaker Paul Ryan, R-Wis., raises the gavel during the opening session of the new Congress on Capitol Hill in Washington Jan. 3. Ryan, who is Catholic, was re-elected speaker of the House of Representatives earlier in the day. (CNS photo/Jonathan Ernst, Reuters)

WASHINGTON (CNS) — The religious makeup of the 115th Congress is significantly Christian — 91 percent — with Catholics comprising one-third of the House of Representatives and about a quarter of the Senate.

Overall, there are six fewer Christians in the new Congress, at 485 members. But there are four more Catholics, who now total 168.

The high percentage of Christians in Congress is similar to the 87th Congress in 1961, when such information was first collected. At the time, 95 percent of Congress members were Christian.

The data on the religious makeup of the current senators and representatives was collected by Pew Research Center and announced Jan. 3.

Of the 293 Republicans in the new Congress, all but two, who are Jewish, are Christian. Democrats in Congress also are predominantly Christian — 80 percent — but they have more religious diversity among non-Christians.

The 242 Democrat Congress members include 28 Jews, three Buddhists, three Hindus, two Muslims and one Unitarian Universalist in addition to one religiously unaffiliated member and 10 who declined to state their religious affiliation.

Overall, the new Congress has seven fewer Protestants than the last Congress. Baptists had the biggest losses — down seven seats — followed by Anglicans and Episcopalians — down six seats.

Among non-Christian religious groups, Jews and Hindus had the biggest gains — an increase of two seats each. Jews now hold 30 seats in Congress. The number of Hindus rose from one to three and the number of Buddhists increased from two to three.

The number of Muslims in Congress — two — remained unchanged.

The new legislative group also has the smallest freshman class of any Congress in the past 10 years with 62 new members joining the 473 returnees. Of the new members, half are Protestant and roughly a third are Catholic.

The Pew report points out that some religious groups, including Protestants, Catholics and Jews, have greater representation in Congress than in the general population. Jews, for example, make up 2 percent of the U.S. adult population but account for 6 percent of Congress. Other groups — including Buddhists, Mormons, Muslims and Orthodox Christians — are represented in Congress in roughly equal proportion to their numbers in the U.S. public.

Another significant finding is that the most notably underrepresented group in Congress is the religiously unaffiliated. This group — also known as religious “nones” — account for 23 percent of the general public but makes up just 0.2 percent of the 115th Congress.