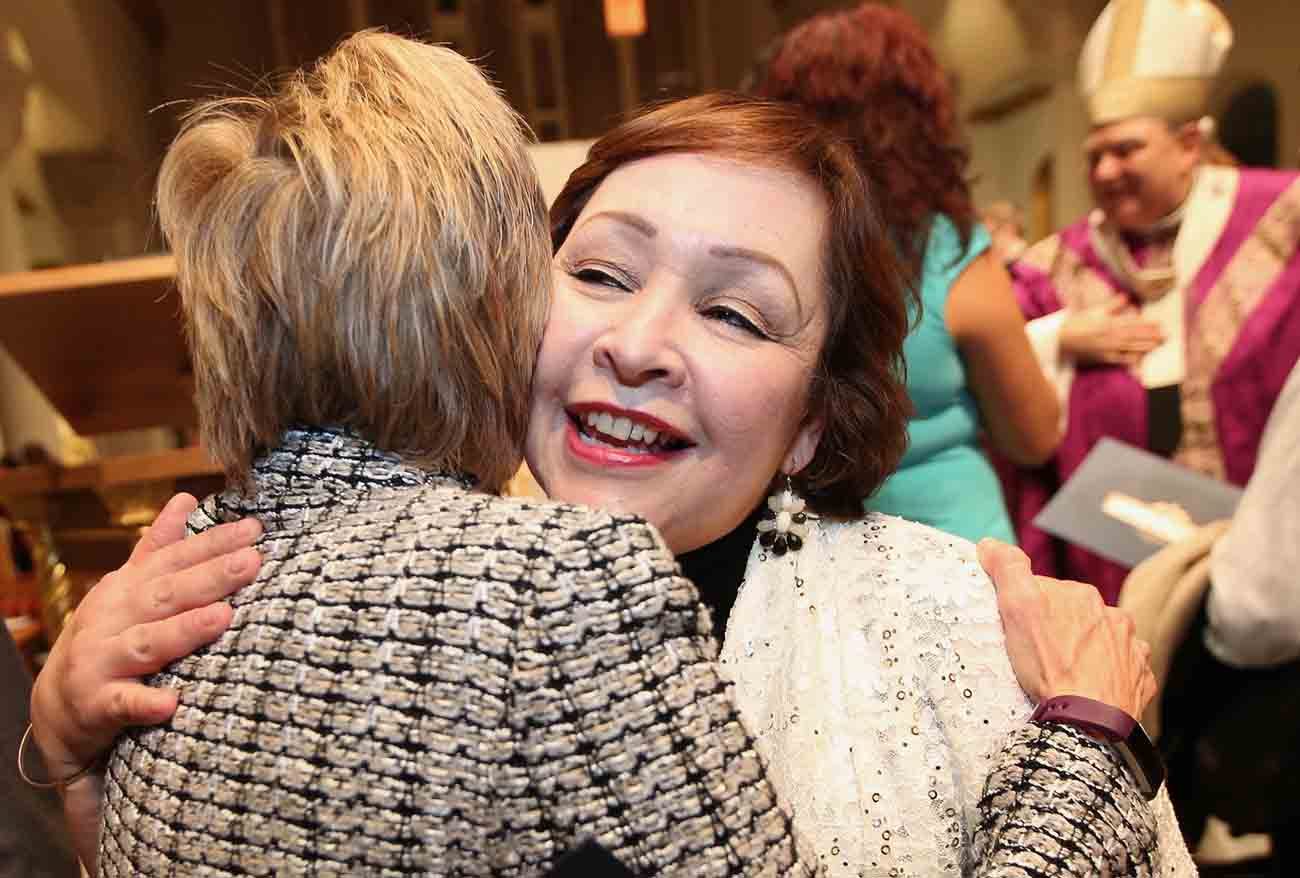 ST. PAUL, Minn. (CNS) — Andres Ramirez now has the theological background and formation to support his many volunteer endeavors at Incarnation/Sagrado Corazon de Jesus in Minneapolis.

Ramirez, who doesn’t speak fluent English, recently graduated with the first all-Spanish speaking cohort to earn an undergraduate lay ministry certificate in theology at the University of St. Thomas in St. Paul. The 45 students have attended lectures in Spanish on Tuesday nights since the spring of 2014.

“It was really hard in the beginning because it had been 20 years since I had gone to class,” Ramirez said through an interpreter.

Ramirez, who works full time in construction, volunteers with the marriage preparation and the Rite of Christian Initiation of Adults programs at Incarnation. He also serves as an extraordinary minister of holy Communion at Mass and hopes to pursue a vocation to the permanent diaconate.

St. Thomas’ all-Spanish lay ministry certificate program, the first of its kind in the upper Midwest, was begun to bolster the formation of Hispanic volunteers and lay ecclesial ministers for service. The program, which already existed in English, includes six undergraduate courses such as Christology, moral theology, ecclesiology, sacred Scripture and sacramental theology.

Adding a Spanish-speaking program caters to a major population in the Archdiocese of St. Paul and Minneapolis; the archdiocese has 23 parishes with outreach to Latino communities.

Carmen Dean, 47, directs Latino ministry at Risen Savior in Burnsville. She has seen the need for Latino outreach grow since she began her work in 2004. Dean graduated from the St. Thomas program with Ramirez Dec. 20 at the St. Paul Seminary School of Divinity in St. Paul. Archbishop Bernard A. Hebda of St. Paul and Minneapolis celebrated the commencement Mass for the students and their families.

Her biggest challenge is that “the Latino community is growing too fast” for ministry resources to keep up, she told The Catholic Spirit, the archdiocesan newspaper. There also are not enough Latino lay leaders with formation to meet the need, she added.

Dean and Ramirez had previously taken courses through the archdiocesan Office of Latino Ministry, but the college courses at St. Thomas took things to a new level for them. Dean said it gave her more “vision about the Catholic Church, about the faith in general” and a better understanding of other Christian churches and religions. Ramirez said it helped him “to get to know God more profoundly.”

Luz Zagal, 47, director of Latino ministry at St. Alphonsus in Brooklyn Center, said the St. Thomas program already has benefited her ministry at the parish, which has 800 Latino households. It has helped her approach people more pastorally, better recognize their needs and build a “more close-knit community with our fellow Anglo and Spanish-speaking community,” she said.

Social service ministry leader Ruth Evangelista, 47, of Assumption in Richfield, sees an urgent need to apply what she learned through the St. Thomas program. She spends her days helping immigrants acclimate to their new country. “The people don’t know the faith” when they first arrive, she said.

“There’s deep needs,” Pena said through an interpreter. “First, we have to be brothers to them, accompany them, to walk with them in their journey.”

Pena said the St. Thomas program allowed him to grow in his faith and understand the church’s teachings better. He also realized it’s important “to be humble and obedient, because when we think we know a lot, we have to be careful because of our egos,” he said.

It took sacrifices for the students to complete their Tuesday night courses and homework, as many had to give up time with family.

“It has been a sacrifice, but it’s all been well worth it,” Zagal said, “because I have not only been able to reach out to my community, but also to my children, to teach them about the way that God wants us to live in a more, better quality (of) life as well as connectedness with our parish and our community.”