Tear down this wall: Ecumenical week focuses on overcoming division 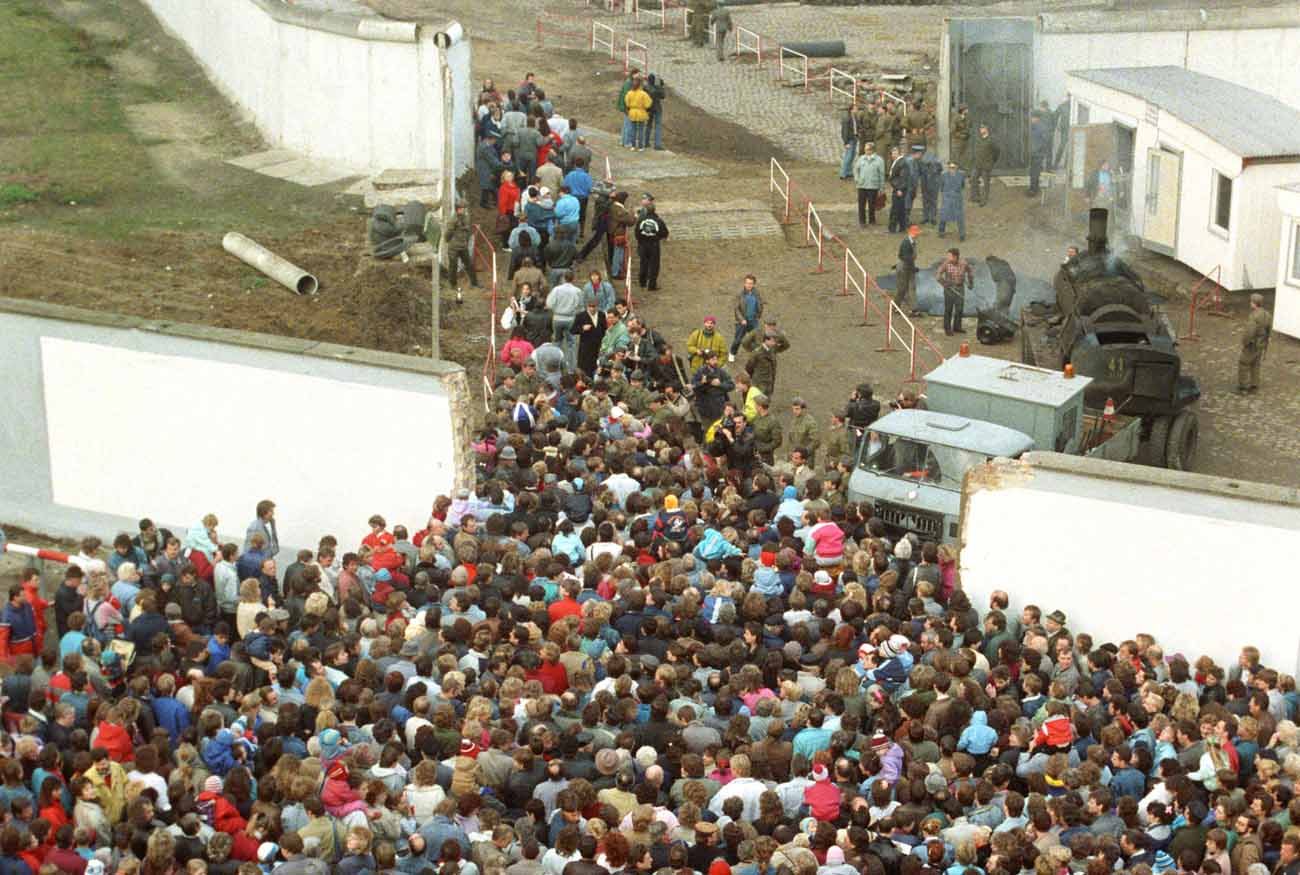 Numerous people walk through a gap in the Berlin Wall at the Bernauer Strasse in Berlin Nov. 10, 1989, after the border was opened. The prayer intentions written by Germans for the 2017 Week of Prayer for Christian Unity call to mind the Berlin Wall. (CNS photo/Wolfgang Kumm, EPA)

VATICAN CITY (CNS) — When a group of German Christians was asked in 2014 to prepare materials for the 2017 Week of Prayer for Christian Unity, their choice of a “wall” as a symbol of sin, evil and division explicitly referred to the Berlin Wall.

The German reflections on the power of prayer to bring down walls and the Gospel call to reconciliation were adopted by the World Council of Church’s Faith and Order Commission and the Vatican’s Pontifical Council for Promoting Christian Unity and proposed to Christians worldwide for the Jan. 18-25 octave of prayer.

“The image of the wall is very current today — now more than when they wrote the reflection,” said Father Anthony Currer, who coordinates the Vatican contribution to the week of prayer.

The U.S. political discussion of extending the wall along the border with Mexico, Pope Francis’ frequent admonitions about building bridges rather than walls, the global refugee crisis — all of that makes the powerful symbol of a wall even more potent, said Father Currer, an official at the Council for Promoting Christian Unity.

The expanding symbolism of the wall also shows the kind of dynamic that the World Council of Churches and the Vatican are looking for when they ask one very small group of Christians to try to design prayers and reflections for the global Christian community.

The Faith and Order Commission and the pontifical council alternate identifying communities to choose the Week of Prayer theme, draft a worship service, come up with sub-themes and Bible readings for each day of the octave and describe the ecumenical situation in their local community.

With input from international representatives and then approval from the World Council of Churches and the Vatican, the material is sent around the world.

“We deliberately produce the booklet in a boring format because we do not expect anyone to pray from it directly,” Father Currer said. “It is not a prescribed text because adaptation signifies engagement — it is creative and spiritual.”

The local reflections are meant to be universally accessible and eminently adaptable, he said. “When you do a Google search for the Week of Prayer you should get material prepared locally,” not just links to the text sent out.

The theme for 2017 is: “Reconciliation — The love of Christ compels us.”

Even before the celebrations began, work was underway to finalize materials for the 2018 Week of Prayer with input from an ecumenical group from the Caribbean, and Churches Together in Indonesia already has been asked to prepare materials for the octave of prayer in 2019.

The long lead time gives Catholics, Orthodox, Anglicans and Protestants around the world time to translate and adapt the materials to their own local situations, cultures and styles of worship.

The German group was chosen to write the reflections for 2017 because this year marks the 500th anniversary of the beginning of the Protestant Reformation, an event that tore apart the Christian community in the West.

But, Father Currer said, “this commemoration of the Reformation acknowledges very much that our history is not just a history of conflict; from the Second Vatican Council and the last 50 years of ecumenical dialogue, it is also a story of coming back together in communion.”

As Pope Francis showed when he traveled to Sweden in October for ecumenical events kicking off a yearlong commemoration of the anniversary, ecumenical prayer and dialogue “is focused on Christ, which is where we unite,” he said.

The pope participated in other major ecumenical events of prayer and witness in 2016: He met in February with Russian Orthodox Patriarch Kirill of Moscow; traveled to Greece in April to visit refugees with Ecumenical Patriarch Bartholomew of Constantinople; and, along with Anglican Archbishop Justin Welby of Canterbury, in early October, he commissioned pairs of Catholic and Anglican bishops to work and pray together in their home regions.

The papal events also support the kind of prayer and hope that Germans displayed on both sides of the Berlin Wall throughout the Cold War.

“The wall separating Christians seems to be equally immovable and entrenched,” Father Currer said. But the continued prayer of Christians is “a way to show our hope and faith that God will bring his church to unity.”

NEXT: McDonald’s near Vatican to give free meals to the poor