The ecology of burial: Choices reflect beliefs about life after death 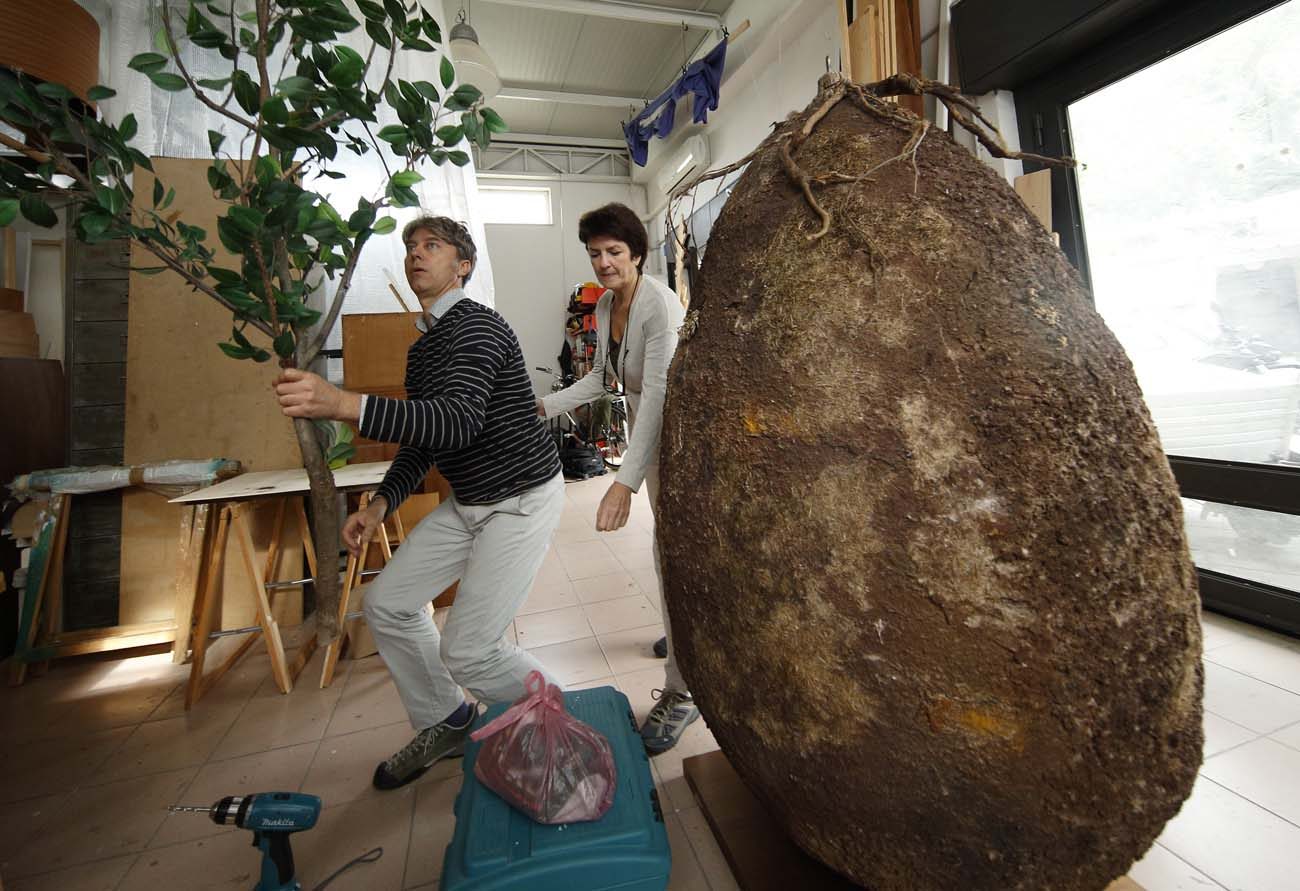 VATICAN CITY (CNS) — In a craftsman’s workshop on the edge of Rome’s Campo Verano cemetery, two designers are working to revive what they see as a dying art: burial.

Unlike the masons who make the cemetery’s gravestones and memorials, Anna Citelli and Raoul Bretzel are fashioning biodegradable burial pods.

Their prototype is an egg-shaped sarcophagus that can hold a corpse in the fetal position. A young tree, chosen ahead of time by the deceased, will be planted over the pod in place of a headstone. Citelli and Bretzel imagine a future where “sacred forests” co-exist with cemeteries.

The burial pods are part of a widespread movement focused on “green burial” practices, which use decomposable materials and avoid the use of embalming chemicals.

A growing number of Catholic cemeteries offer “green burials,” but do so emphasizing how the practices and the motivations behind such a choice must coincide with Catholic faith.

“By burying the bodies of the faithful, the church confirms her faith in the resurrection of the body and intends to show the great dignity of the human body as an integral part of the human person whose body forms part of their identity,” said an instruction on burial and cremation issued by the Congregation for the Doctrine of the Faith in October.

The Catholic Church, it said, “cannot, therefore, condone attitudes or permit rites that involve erroneous ideas about death, such as considering death as the definitive annihilation of the person, or the moment of fusion with Mother Nature or the universe, or as a stage in the cycle of regeneration, or as the definitive liberation from the ‘prison’ of the body.” 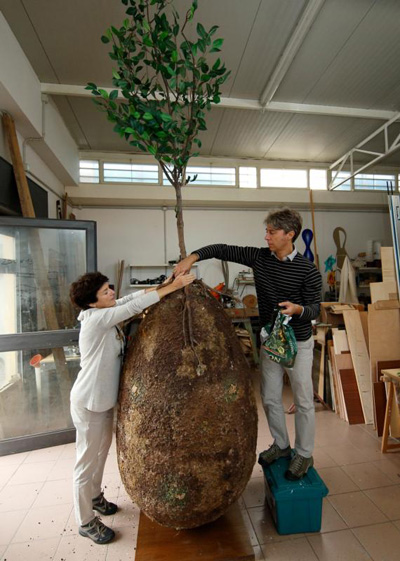 The Italian pod makers, who named their firm Capsula Mundi (Latin for “earth pod”) say the burial process should reflect the natural processes of the world with the dying and recycling of biological materials by other organisms.

“We are earth and to earth we will return,” said Bretzel, echoing the words from the Book of Genesis spoken during the distribution of ashes on Ash Wednesday. Yet Capsula Mundi was inspired not by Catholicism or New Age spirituality but a critique of modern culture.

Consumerism, with the many creature comforts it affords, has led people to think of themselves as “outside of nature, of the biological cycle of life,” and thus encouraged them to counteract the natural process of decay by embalming, Bretzel said.

“In ancient times, monks were buried in the cloister of their convent; they were wrapped in a sheet, but laid in the ground,” he said.

Opus Dei Father Paul O’Callaghan, an expert on church teaching about end-of-life questions and a professor at Rome’s Pontifical University of the Holy Cross in Rome, said burial methods often indicate underlying attitudes about the afterlife.

Christians recognize, “in all humility, that the body has to go back to where it came from, it goes back to the earth,” said Father O’Callaghan, noting that the words “human” and “humility” both come from the Latin word “humus,” meaning earth.

“The authentic Christian practice,” Father O’Callaghan said, is burial “followed by natural decay.” The eventual resurrection of the body promised in the Creed will be the “fruit of divine intervention,” he said.

The priest said he understands why Catholics might be motivated to be ecologically aware when planning for their death and burial.

Burial is more ecological than cremation, Father O’Callaghan argued, because the ground can “just take from the body what it wants, rather than the body being burned and heating up the atmosphere” where “most of the organic material is actually lost and is turned into CO2.”

“When you are promoting something” that deals with death and burial, “normally you have an anthropology, you have a view of what human beings are, and how they work, and where they’re destined,” he said. “There is a religious element, whether you like it or not.”

For Citelli, “true immortality is to return to nature. That is where the sharing of and continuity of life take place. Because the transformation of the substances, of the organic material, gives life to death.” 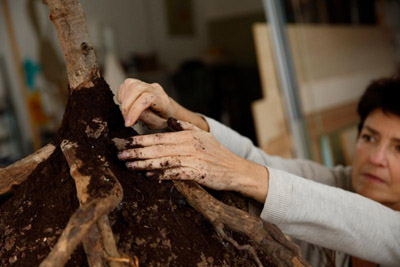 Because the bodies of Christians have received the Eucharist during their lives, they have been carriers of God, the priest said. A corpse should be seen not only as something loved by other people, “but also from the religious point of view as something that’s sacred.”

Because proposals for ecological burials vary from country to country, bishops and bishops’ conferences “need to look into the anthropology, the eschatology and the theology behind” these diverse initiatives, he said.

For Father O’Callaghan, the important questions are: “Is there a real affirmation of the human body” as a “carrier of the Holy Spirit”? Is there “a clear element of the name of the person”? Is the commemoration not just of nature, but “of the person and the life they lived”? How is the belief in the resurrection represented?

“Very often that is represented by a headstone with a cross, which represents the power and salvation won by Jesus Christ,” he said. Comparable symbolism, along with the name and dates of the individual’s birth and death, would have to accompany any Christian form of a green burial.

“There’s a very powerful message of concreteness, of that particular person who died in this particular situation, and his name and the date. The place is there; the cross is there. There is something that speaks to people in that,” he said.