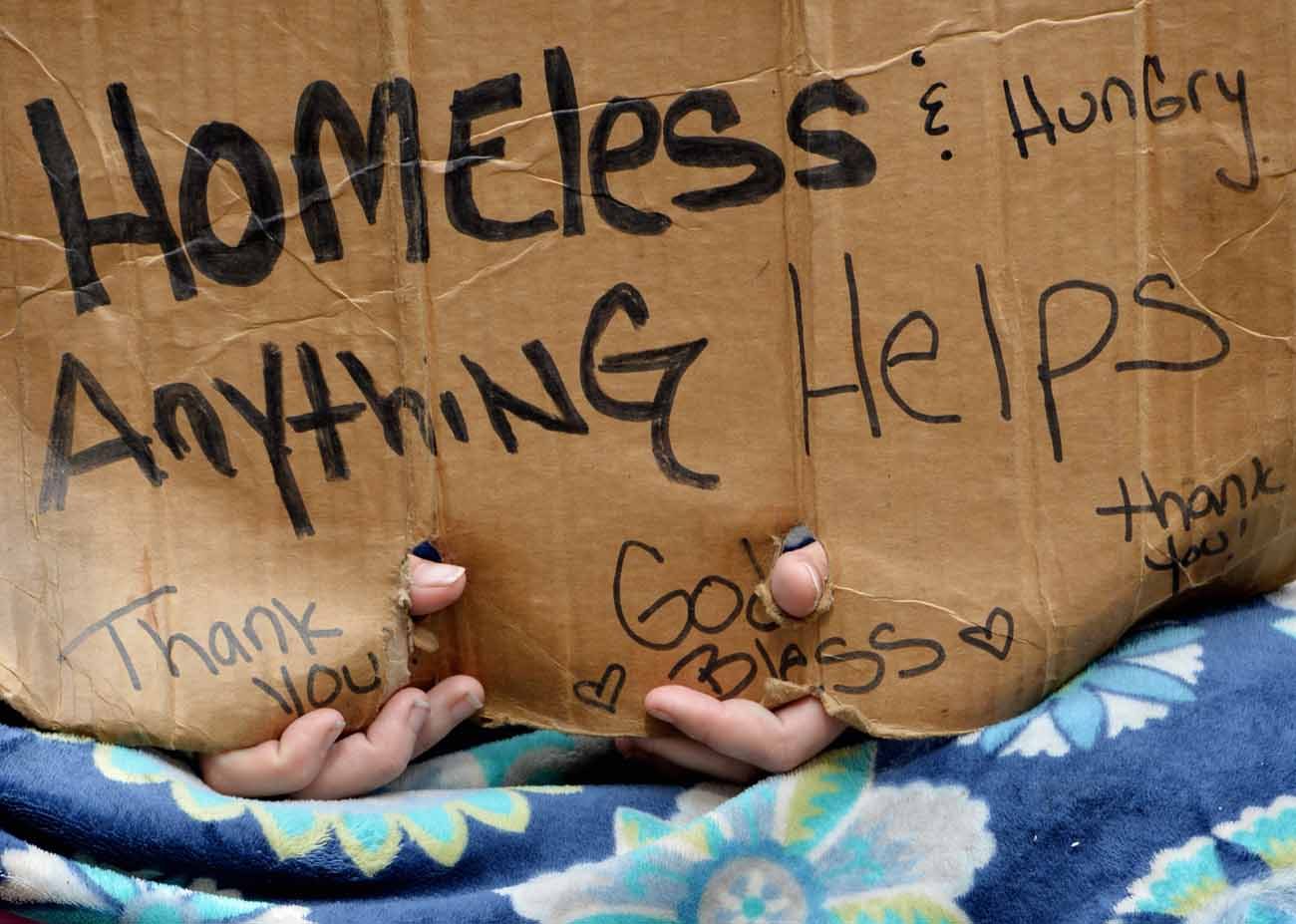 A homeless person holds a sign in 2014 while sitting on a sidewalk in New York. As Catholic Charities of the Archdiocese of New York opened its centennial year, the archdiocese launched a campaign to raise $100 million by 2022 for services and opportunities for children and families, especially the poorest and most vulnerable. (CNS photo/Justin Lane, EPA)

NEW YORK (CNS) — The Archdiocese of New York opened a campaign to raise $100 million by 2022 for services and opportunities for children and families, especially the poorest and most vulnerable.

Cardinal Timothy M. Dolan announced the campaign during a luncheon Jan. 29 at 30 Rockefeller Center as part of the opening of the archdiocese’s celebration of the 100th anniversary of its Catholic Charities network.

The cardinal said the funding from private philanthropy would leverage as much as $5 billion in services and revenues when combined with the efforts of individual Catholic Charities agencies.

“Happy birthday, Catholic Charities of the Archdiocese of New York,” Cardinal Dolan said in his address at the event attended by about 145 people. “And thanks, everybody, for being part of this party this afternoon.”

Raising the funds will be a critical part of the centennial celebration, Cardinal Dolan said.

“The board of trustees and I are committing ourselves to raising $100 million over the next half decade to fund our ministries, new and seasoned,” he said.

“We are also listening to Jesus as we ‘cast out to the deep’ during this centennial year,” Cardinal Dolan continued. He cited several “innovative projects” that Catholic Charities is undertaking.

Such projects include a new recovery center in Sullivan County about 100 miles north of the city to address the opioid addiction epidemic in partnership with New York state; the establishment of HEART (Heroin Epidemic Archdiocesan Response Team), which utilizes a network of CYO sports teams on Staten Island; construction of 1,000 affordable housing units in the Bronx in a joint project with state and local governments; and working with the city and the Bowery Residents’ Committee to “bring homeless from the streets to a safe haven” at a shelter in East Harlem.

Catholic Charities also will offer an emergency enforcement hotline and expand “an already effective and powerful outreach to immigrants, all through the Hudson Valley,” the cardinal said.

Since 1917, he added, the archdiocese had “invested a lot of sweat, muscle, heart, brains, soul and wallet into strengthening New York’s families and our children.”

“With you, cherished partners, we try our best to bring not only help, but hope,” he said. “We do it as Catholics, but we never ask for the religion of any person we assist, nor do we impose ours upon anyone.”

Prior to the luncheon, Cardinal Dolan opened Catholic Charities’ centennial year with a Mass at nearby St. Patrick’s Cathedral.

“Catholic Charities would be the beatitudes in action,” he said in his homily.

Chicoine is news editor at Catholic New York, newspaper of the Archdiocese of New York.