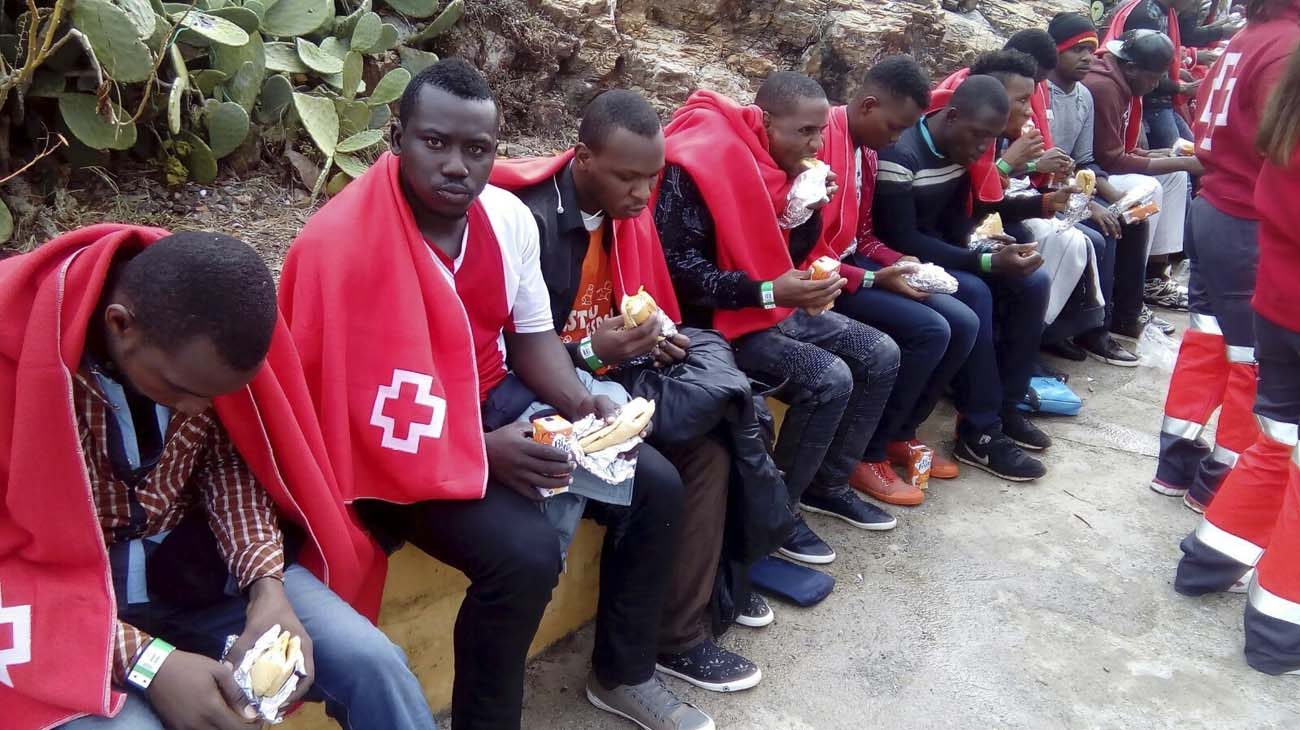 A group of migrants from sub-Saharan Africa cover themselves with blankets given by the Spanish Red Cross after being rescued off the coast of Ceuta, the Spanish enclave in North Africa, in 2016. Catholic bishops from North Africa urged greater support for church life in their region, where migrants from sub-Saharan Africa now make up a large proportion of Catholic communities. (CNS photo/Rafael Pena, EPA)

In a statement following its Feb. 2-5 plenary in Senegal, the Regional Bishops’ Conference of North Africa said Catholic communities in the Maghreb, as the region is known, had taken in sick migrants from sub-Saharan Africa, as well as single mothers, unaccompanied children, uprooted students and those in prison.

The bishops said they had met in Senegal, one of the world’s poorest countries, to get to know more about one of the nations from which migrants fled. They said they were grateful to church organizations for helping tackle “one of the major dramas of the new century.”

“In North Africa, we are in the heartland where this life-and-death drama is being lived out. Migrants are not just a political issue, but real people,” the bishops said.

“We emphasize the immense need of migrants to be heard, given the loneliness and interior ordeal so many are living through,” said the bishops. “We are confident the conscience of peoples, and above all of ecclesial communities, will know how to encourage and support those seeking worthier and most just ways forward.”

Based in Rabat, Morocco, the regional conference includes bishops from Algeria, Libya, Morocco and Tunisia. The statement said church representatives from Libya had been unable to attend the plenary “because of the difficult situation in their country.”

During their March 2015 “ad limina” visit to Rome, Pope Francis thanked the region’s bishops for “striving to reawaken consciences to so much human tragedy.”

In their statement, the bishops said 50-90 percent of Catholic parishes were made up of Africans from the sub-Saharan region to the south. Migrants come from countries with conflict, such as Nigeria and Congo, or from economically fragile nations like Senegal.

The bishops also praised the Islamic-Christian friendships found in many families.

PREVIOUS: Health care is not a business, but a service to life, pope says

NEXT: Pope names envoy to study pastoral care of faithful in Medjugorje