Don’t dialogue with the devil, pope says at Mass 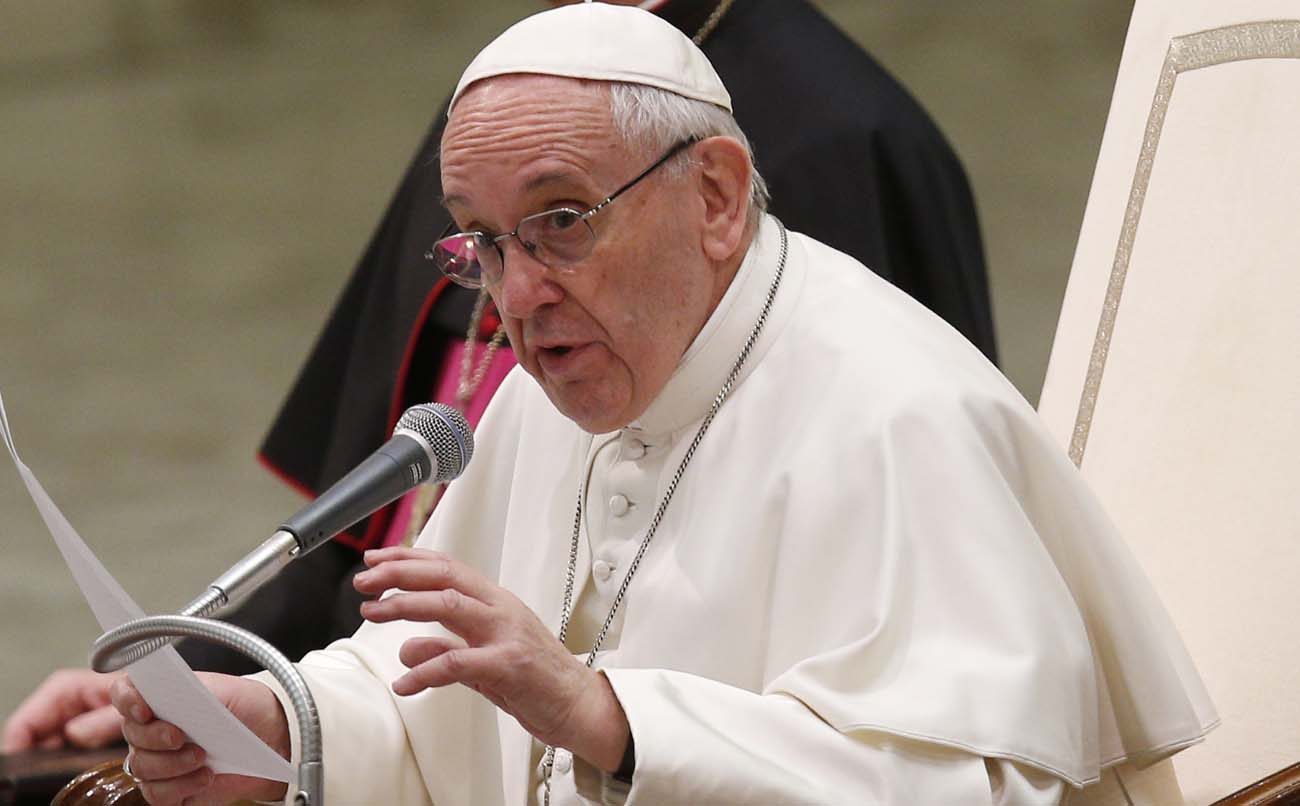 Pope Francis speaks during his general audience in Paul VI hall at the Vatican in this Feb. 8, 2017, file photo. (CNS photo/Paul Haring)

VATICAN CITY (CNS) — Satan is a liar and a cheat who promises people everything then leaves them with nothing, Pope Francis said at his early morning Mass.

In his homily Feb. 10, Pope Francis contrasted the way Eve interacted with the serpent in the garden of Eden and the way Jesus reacted to the devil after spending 40 days in the desert.

With Eve, “the father of lies” demonstrates how he is a specialist in tricking people, the pope said. First, he makes her feel comfortable, then he begins a dialogue with her, leading her “step by step” where he wants her to go.

“He’s a trickster,” the pope said. “He promises you everything and leaves you naked,” like he left Adam and Eve.

Jesus, on the other hand, does not enter into a dialogue with the devil, but responds to his temptations by quoting Scripture, Pope Francis said.

“The serpent, the devil, is astute,” he said, but “you cannot dialogue with the devil.”

“We all know what temptations are, we all know because we all have them — temptations of vanity, pride, covetousness, greed,” he said.

Instead of listening to the devil and hiding from God, the pope said, when one feels tempted, the best thing to do is pray, “Help me, Lord, I’m weak. I don’t want to hide from you.”

Such a prayer is a sign of courage, he said. “And if we are tricked because of our weakness in the face of temptation, may we be granted the courage to stand up and move forward,” asking God’s forgiveness.