Educators form lives that are ready to face the future, pope says 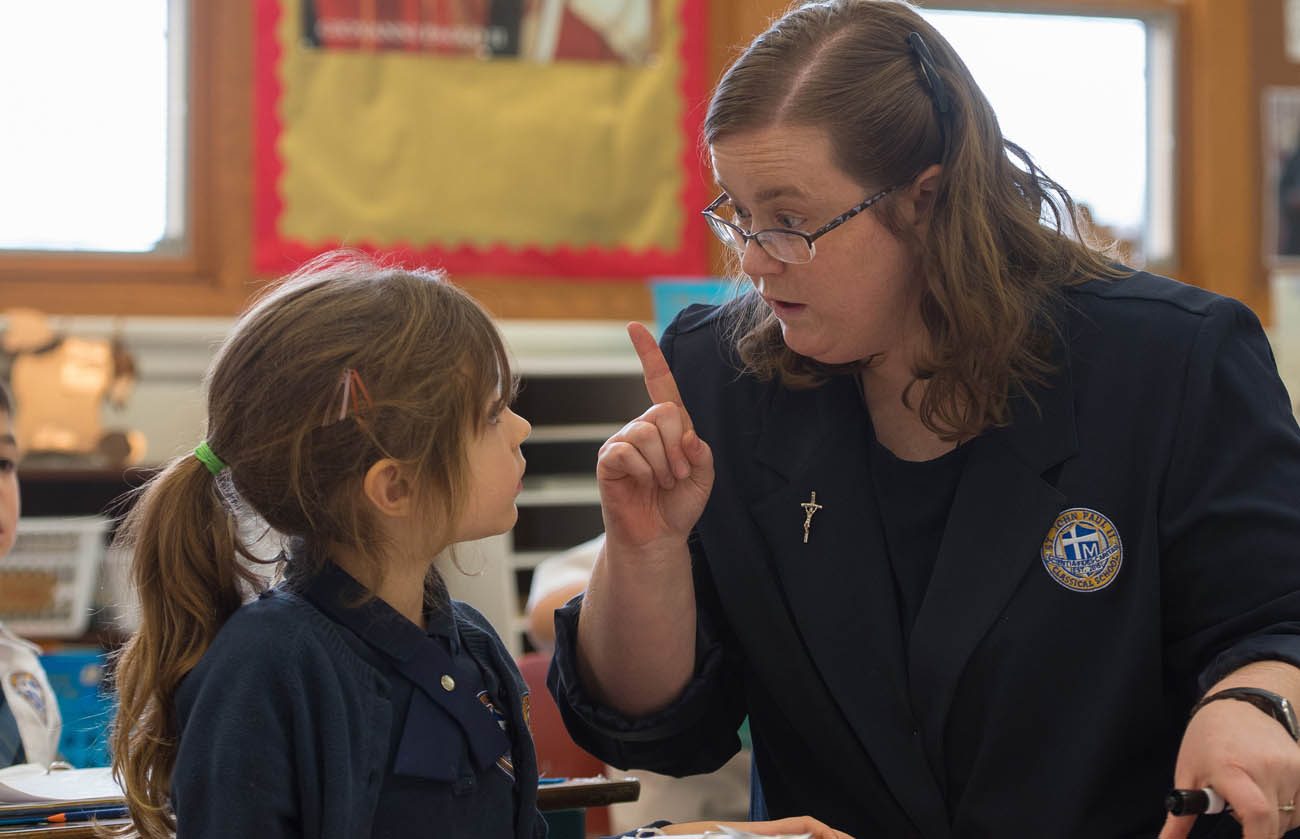 Future generations who are “educated in a Christian way for dialogue, will come out of the classroom motivated to build bridges and, therefore, to find new answers to the many challenges of our times,” he said.

The pope made his remarks Feb. 9 to members of the Congregation for Catholic Education, who were meeting at the Vatican for their plenary assembly. The Vatican office oversees church-affiliated schools and colleges around the world.

Catholic schools and universities are important places for reflecting on and developing new ways to evangelize the world and today’s cultures, the pope said.

These institutions should serve the church’s mission of helping humanity grow, build a culture of dialogue and plant the seeds of hope, he said.

In fact, the pope said, true educators are just like mothers and fathers who give life open to the future.

In order to do this, educators need to listen to young people, he said, “and we will do this, in particular, with the next Synod of Bishops” dedicated to youth, faith and vocational discernment in 2018.

“Unfortunately, there are many forms of violence, poverty, exploitation, discrimination, marginalization and restrictive approaches to the fundamental freedoms that create a throwaway culture” in the world today, he said.

That is why Catholic schools “are called to the front lines to practice the grammar of dialogue,” which prepares people to encounter others and appreciate cultural and religious diversity.

“Dialogue, in fact, educates when the person relates with respect, esteem and sincere listening, and is expressed with authenticity without obscuring or softening one’s own identity nourished by evangelical inspiration.”

“Schools and universities are called to teach a method of intellectual dialogue aimed at seeking the truth,” the pope said.

St. Thomas Aquinas is still the best teacher of this method, “which consists of taking seriously the other — the one speaking — seeking to understand fully his or her reasons and objections in order to be able to respond in a way that is not superficial, but is appropriate,” Pope Francis said. This is the only way “to truly move forward together in understanding the truth.”