Pope: Jesus guided by truth, mercy, not ‘one size fits all’ mentality 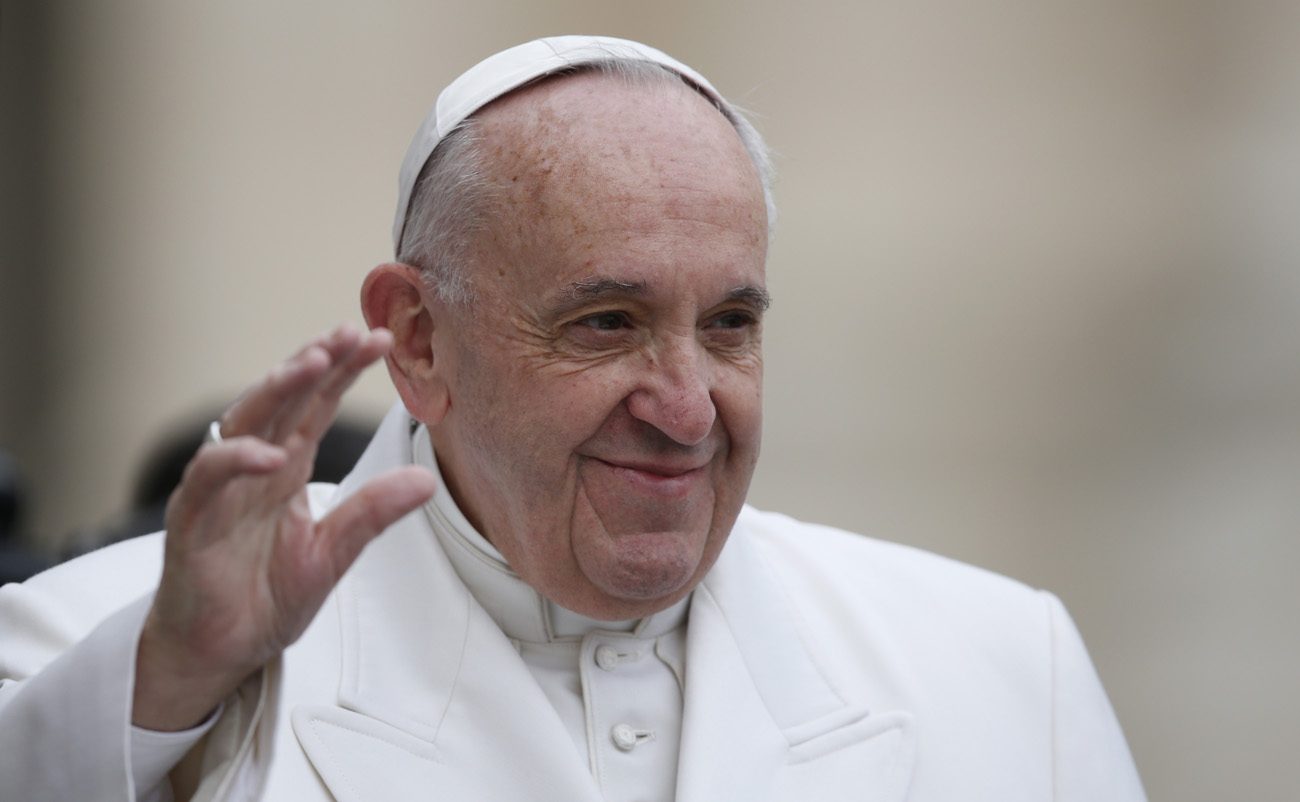 Pope Francis waves as he arrives for his general audience in St. Peter's Square at the Vatican Feb. 22. (CNS photo/Paul Haring)

VATICAN CITY (CNS) — Jesus was motivated by truth and mercy, not blanket judgments that lead to deceit and hypocritical ways of skirting around God’s law, Pope Francis said.

Christians are called to be “just in mercy” rather than following the letter of the law but not the heart of the law, the pope said Feb. 23 during morning Mass at Domus Sanctae Marthae.

“To those who wanted to put him to the test, to those who thought with this logic of ‘you can do this,’ he regards them — not here but in another passage of the Gospel — as hypocrites,” the pope said.

The day’s Gospel reading told of the Pharisees attempting to trap Jesus by asking his thoughts on Moses granting permission for men to divorce their wives.

“Jesus doesn’t answer saying whether it is lawful or not lawful; he does not enter into their case-based reasoning. Because they thought about faith only in terms of ‘you can’ or ‘you can’t'” do this or that, he said.

However, the pope noted, Jesus uses the truth to trap them, calling them out on their “hard-hearted” nature, which is precisely what they used to justify their actions.

Instead of being “deceitful” and “hypocritical” like the Pharisees, he continued, Jesus focuses on truth and mercy. Although Jesus confirms that leaving one spouse for another is adultery, he doesn’t reject those who are considered adulterous.

Several times in the Gospels, Jesus speaks to adulterers and says, “‘I do not condemn you. Go and sin no more.’ How is this possible?'” the pope asked.

“The path of Jesus — it is clearly seen — is the path from case-based reasoning to truth and mercy,” he said.

Christians need the grace of God in order to pass from a hypocritical mentality of case-based reasoning that views justice and mercy as two separate entities, he said.

“They are not two: it is only one, one thing,” Pope Francis said. “In God, justice is mercy and mercy is justice. May the Lord help us to understand this path, which isn’t easy but it will make us happy and it will make many people happy.”