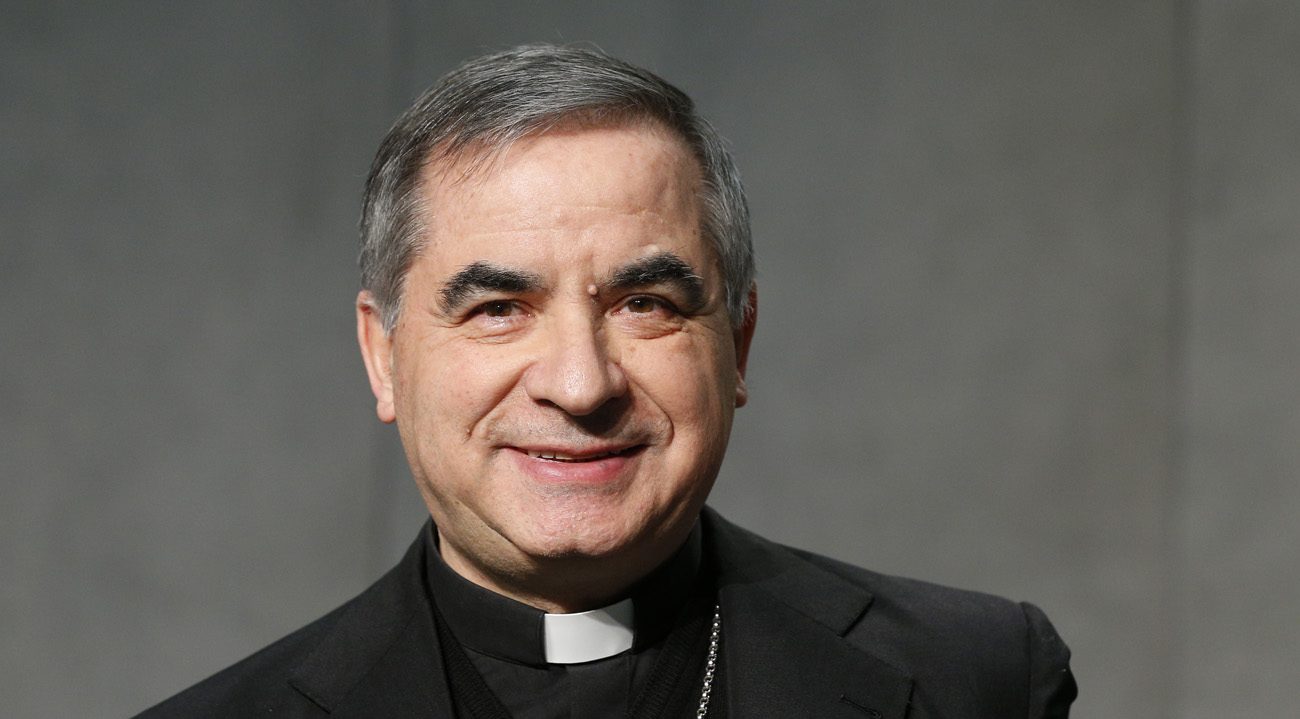 Archbishop Giovanni Angelo Becciu, Vatican substitute secretary of state, has been appointed by Pope Francis as his special delegate and sole spokesman to the Sovereign Military Order of Malta. Archbishop Becciu is pictured during a briefing at the Vatican Jan. 10. (CNS photo/Paul Haring)

“Until the end of your mandate, that is until the conclusion of the extraordinary chapter, which will elect the grand master, you will be my exclusive spokesperson in all matters relating to relations between the Apostolic See and the order,” the pope wrote in a letter to Archbishop Becciu Feb. 2.

The special delegate, the pope said, also will work closely with Fra Ludwig Hoffmann von Rumerstein, the chivalric order’s temporary head, to carry out “the appropriate renewal of the order’s constitution.”

Released by the Vatican Feb. 4, the pope’s letter to Archbishop Becciu came after several tense weeks which led to the Jan. 24 resignation of Fra Matthew Festing as grand master of the order.

The pope’s letter made no mention of how Archbishop Becciu’s responsibilities would overlap with those of Cardinal Raymond L. Burke, the current cardinal patron of the order.

The mandate of the pope’s special delegate to the order has similar responsibilities to that of the cardinal patron, who officially has “the task of promoting the spiritual interests of the order and its members and relations between the Holy See and the order,” according to the order’s constitution.

“I delegate to you, therefore, all the necessary powers to decide any issues that may arise concerning the implementation of the mandate entrusted to you,” the pope told Archbishop Becciu.

Echoing his letter to members of the order Jan. 28, the pope said that as his special delegate, Archbishop Becciu “will take care of all matters relating to the spiritual and moral renewal of the order,” particularly its professed members.

Pope Francis added that the Italian archbishop will work closely with von Rumerstein “for the greater good of the order and reconciliation between all its members, religious and lay.”

The Order of Malta is made up of more than 13,500 knights and dames; about 50 of them are professed religious who have taken vows of poverty, chastity and obedience.