Vatican invites experts to promote safe, accessible water for everyone 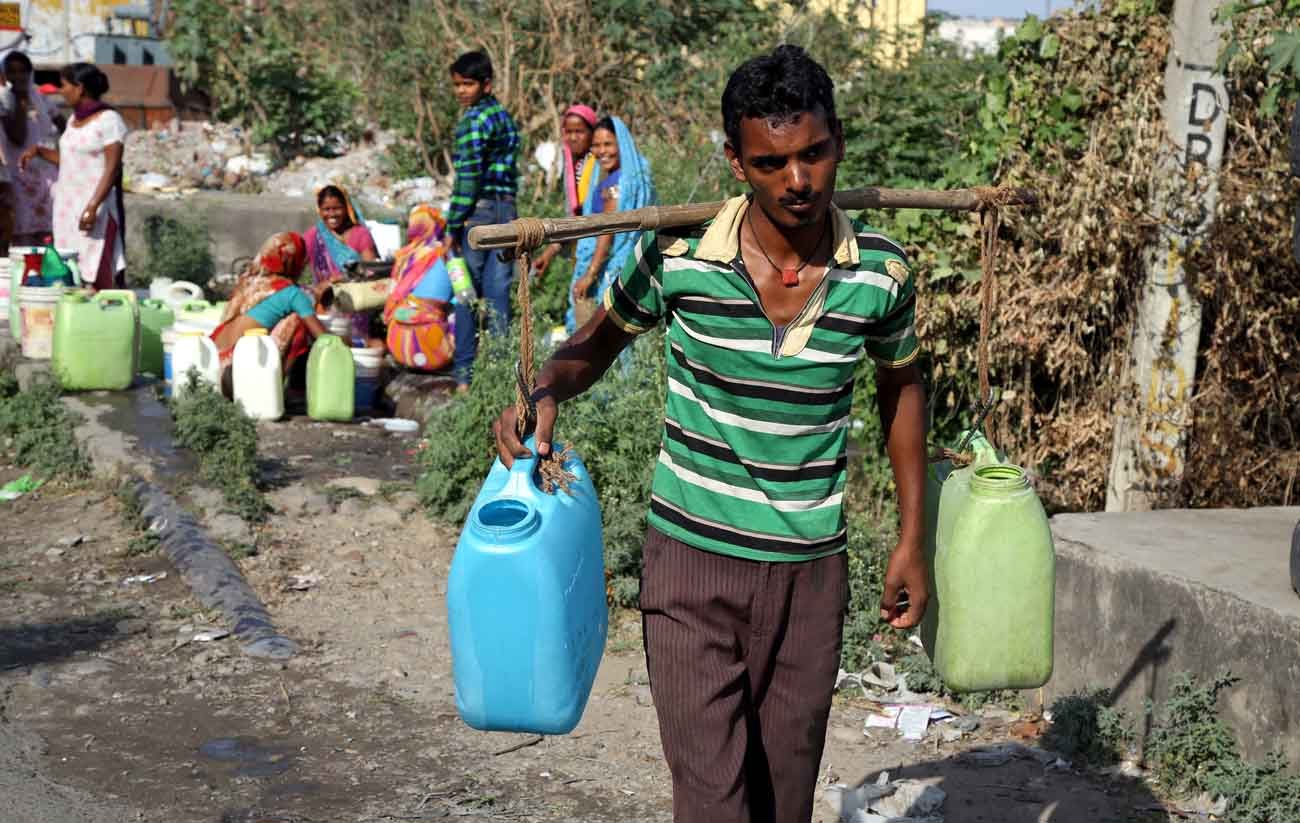 A man carries containers filled with drinking water after taking it from a public tap at a roadside in Jammu, India, May 23, 2016. (CNS photo/Jaipal Singh, EPA)

VATICAN CITY (CNS) — A special gathering of policy experts, government officials, religious leaders, scholars, and development and social justice advocates was looking at ways to guarantee water that is safe and more accessible to the world’s people.

More than 90 experts were invited from five continents to provide an interdisciplinary look at the role of public policies in water and sanitation management. The meeting, sponsored by the Pontifical Academy of Sciences and the Argentine-based School of Dialogue and the Culture of Encounter, was held Feb. 23-24 and was to include a speech from Pope Francis and a final “Rome Declaration” drafted and signed by participants.

The opening sessions looked at the religious, moral and rational bases underlying a call for the universal right to safe and accessible drinking water.

Jerome Delli Priscoli, an expert in water conflict negotiations and management, said people will not expand or facilitate access to water without an attitude that is also built on respecting human dignity.

Water management and policies have to take into account values such as solidarity, just distribution, preferential option for the poor, respect for the environment and being “good stewards” who are “co-creative in the design process that God has set in motion.”

Gianni Vattimo, an Italian philosopher, said attention to getting people access to water should not overlook the quality of that water.

“What threatens us most,” he said, isn’t scarcity, but the pollution and “poisoning” of water sources.

How people treat water resources is linked to “an industrial structure” built on an attitude of theft against nature, he said.

Instead of collaborating with God’s plan of safeguarding and development, he said, “we are simply stealing and robbing, destroying all of this.”

The problem also includes “who holds the keys” to the systems of distribution and the policies supporting exploitative structures, he said.

Rajendra Singh, a water conservationist from India who won the Stockholm Water Prize in 2015, said modern engineering and technology focus too heavily on “the maximum extraction of a resource.”

“Everything is managed,” he said; there is “no love or affection” or appreciation and respect for the natural resources at hand.

In fact, he said, resource management is just taking a resource from one place and placing it somewhere else, with little regard for the consequences that has on nature, he said.

Society, too, tends to focus on what people should gain in life — like rights and resources — and hardly ever asks that people give something back, he said.

The work he does helping local communities in India, he said, is about teaching people to “cooperate with crisis” and “cooperate with water” so that they practice a disciplined use of resources.

The proper mentality, he said, is “if you conserve, you have a right to water,” not, having that right just because the resource is there.

Water, he said, is not just a human right, it’s also a right for “the tiger, the elephant, the tree” and the river itself, which should not be drained dry.

There should be equal rights and respect toward nature, he said, because a greedy attitude toward the planet will not lead to “a bright future.”

NEXT: Australian archbishops: Leadership on abuse was ‘catastrophic failure’