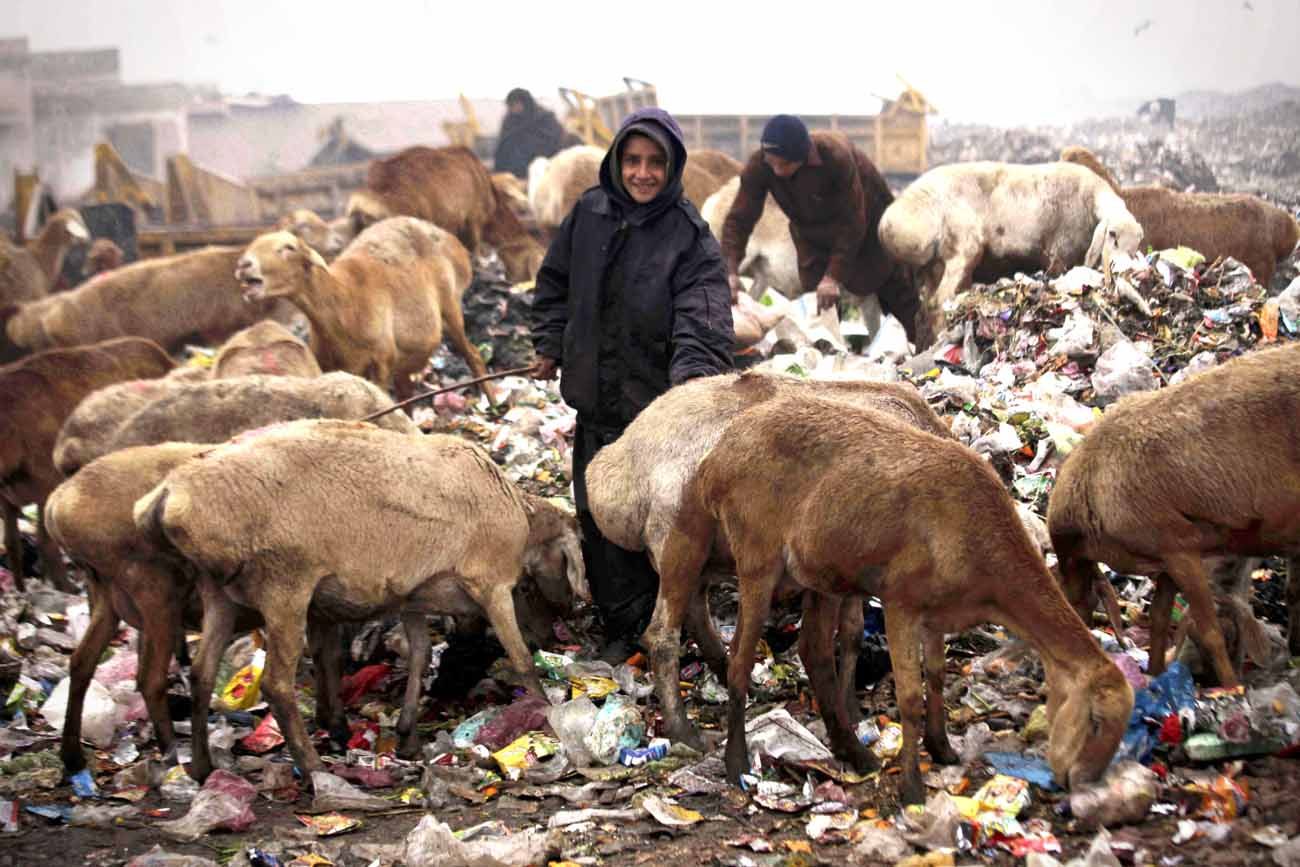 A shepherd herds goats on a roadside in Peshawar, Pakistan, Jan. 19. Archbishop Bernardito Auza, the Vatican's permanent observer to the United Nations, called on countries Feb. 6 to seek solutions to poverty based not only on economics but to also address personal, social and environmental factors that contribute to it. (CNS photo/Arshad Arbab, EPA)

UNITED NATIONS (CNS) — Saying poverty is the greatest challenge facing humanity, the Vatican’s permanent observer to the United Nations called on nations to seek solutions to poverty not only based on economics but to also address personal, social and environmental factors that contribute to it.

Archbishop Bernardito Auza said that the world must also end conflicts and violence, which are major contributors to poverty. He made the comments during a presentation Feb. 6 to a meeting of the U.N. Commission for Social Development.

“As we know far too well, millions of people currently find themselves living amid conflicts, fueled by senseless violence, hatred and fear,” Archbishop Auza said. “Even in places that we once considered secure, lack of opportunity and the economic and social strains caused by global insecurity and forced migrations have left the world less stable and in desperate need of concrete signs of hope.”

He called on the U.N. and its member states to go move beyond addressing economic poverty and to develop policies and investments “that people can see and touch” to tackle social and spiritual poverty as well.

“We must work to provide young people with education, jobs and opportunities that encourage their personal growth and provide them a place in society to make meaningful contributions,” the archbishop said. Such investments, he said, would help youth to know “they are valued and belong” and “will not fall prey to extremist ideologies.”

Archbishop Auza called on the commission to address the needs of marginalized people, including the elderly because of their continuing contributions to society through their experience and knowledge. Such efforts acknowledge the social role of families, which the archbishop called “the most cost-effective social safety net that society can offer.”

“Not only must we respect the right of every person to migrate, but we must also cooperate to make investments to ensure they are fully integrated into the society in which they are received without, as Pope Francis reminds us, ‘the latter sensing that their security, cultural identity and political-social stability are threatened,'” he said.