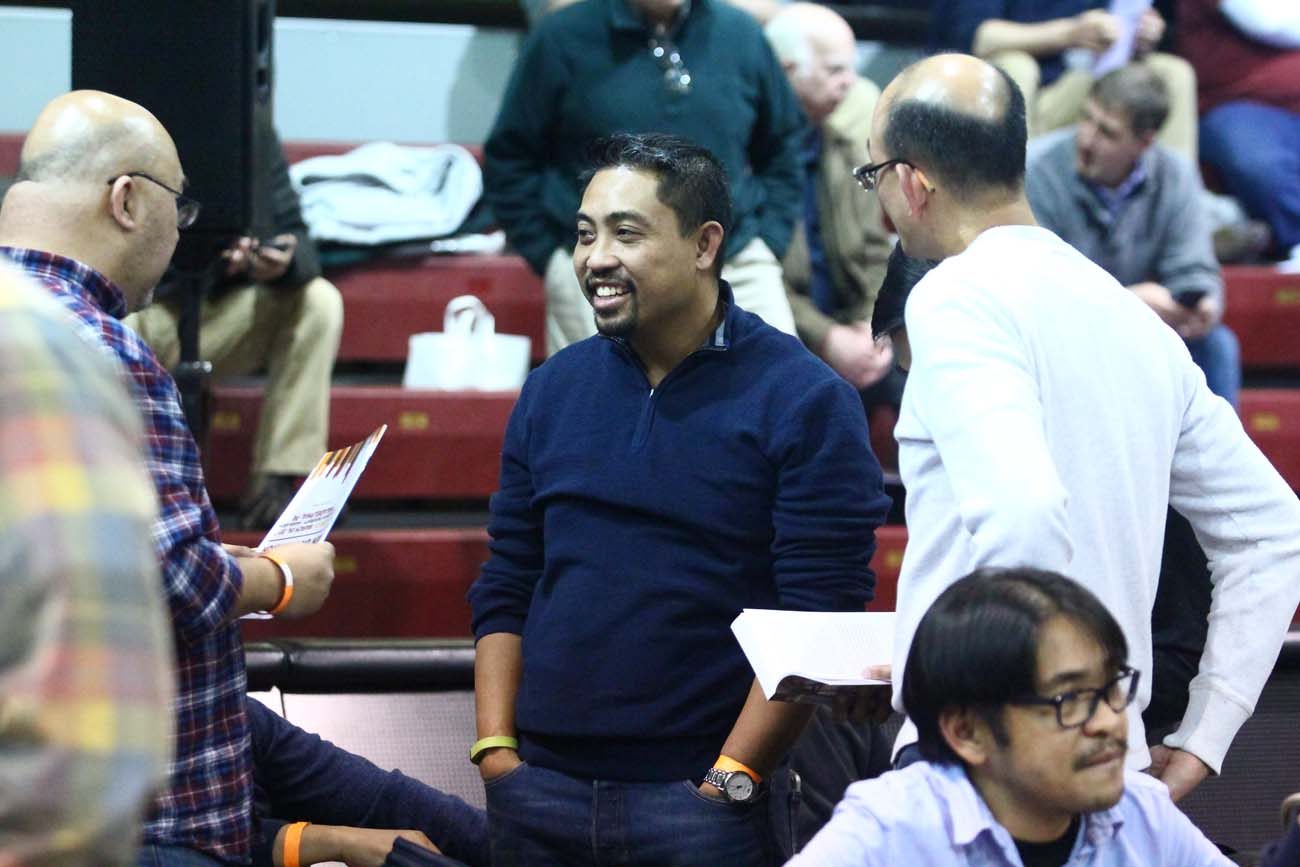 At a time when it often seems the Church is in decline, at least in the western world, it is good to come across signs that we may actually be seeing the beginning of a revival, for example the upward tick in seminary enrollment.

Is it a fluke? Perhaps not. Take Philadelphia’s annual lay-conducted ManUp Philly Conference, held this year on March 4 at St. Joseph’s University’s Hagan Arena, as it has been for the past several years.

“Every year we say it can’t get any better and every year it does.” said Eustace Mita of St. Mary Magdalen Parish, Media, and the chairman of the event. He estimated this year’s attendance was “between 1,200 and 1,300 or about 100 better than last year.”

“I look forward to it every year,” said Al Tegler of SS. Simon and Jude Parish, West Chester. “It’s tremendous and a great day.” 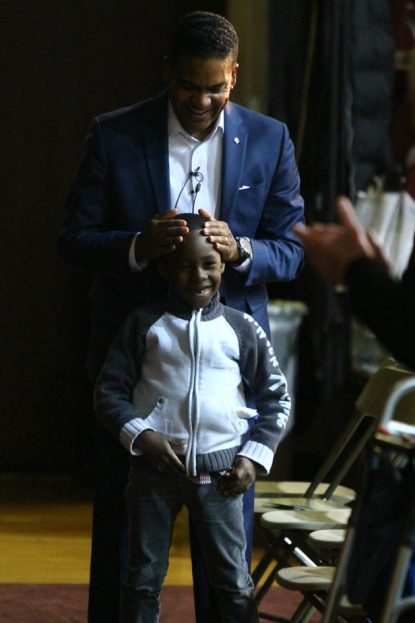 Part of the reason for the success of Man Up, which grew out of parish faith sharing groups, is its to ability attract interesting speakers.

Reilly’s football career ended with a rare cancer that cost him his left arm shoulder and five ribs. In spite of this, his faith got him through it all and he was able to snap back, and now he tells his story at conferences like ManUp Philly.

This one was different in one respect because “it is the largest conference of men I’ve ever spoken at,” he told his audience.

Because the conference was composed mostly of men who are literally fathers, D’Ambrosio’s topic, the early Fathers of the Church, was virtually a seminar in patristics, and delightfully told.

It focused on three fathers: St. Ignatius of Antioch, who is best known through a series of epistles written during his transport from Antioch to Rome while under a sentence of death; St. Ambrose, who while still a catechumen was elected Bishop of Milan by popular acclamation, receiving baptism, Eucharist and ordination as a deacon, priest and bishop all within a single week; and finally Ambrose’s best known disciple, St. Augustine of Hippo, who through the pleas of his mother and instruction from Ambrose abandoned his licentious ways to become one of the greatest philosophers and teachers in Christian history.

Also speaking in the afternoon was Damon Owens, former executive director of the Theology of the Body Institute and now founding director of Joy To Be, another ministry centered on St. John Paul II’s Theology of the Body. Owens, the father of eight, shared the story of his own faith journey along with his wife Melanie when they were young students.

The day included dozens of priests assisting as confessors and ended with Mass celebrated by Bishop John McIntyre.

The general consensus among those who attended was that the effort was well worth the time.

David Oliver of Our Lady of Perpetual Help Parish, Morton, was attending with his brother, Father John Oliver.

“I come to increase my relationship with God,” he said. “It’s a good thing to do now especially in Lent. This is our fourth year.”

Most people came by car but Brian Manke of Our Lady of Grace Parish, Penndel, came the hard way by train and trekking up from the Overbrook station to St. Joseph’s campus.

“I’m here to get a good remembrance why I’m here to serve the Lord, to be Christ–like. It is so easy to forget why we are Christians,” he said.

But Manke practices the faith every day in his work as a physician serving the poor in North Philadelphia.

The Catholic faith is alive and well in the five counties of the Philadelphia Archdiocese. You just have to know where to look for it.

NEXT: Talks for young adults look at love, responsibility, sexuality