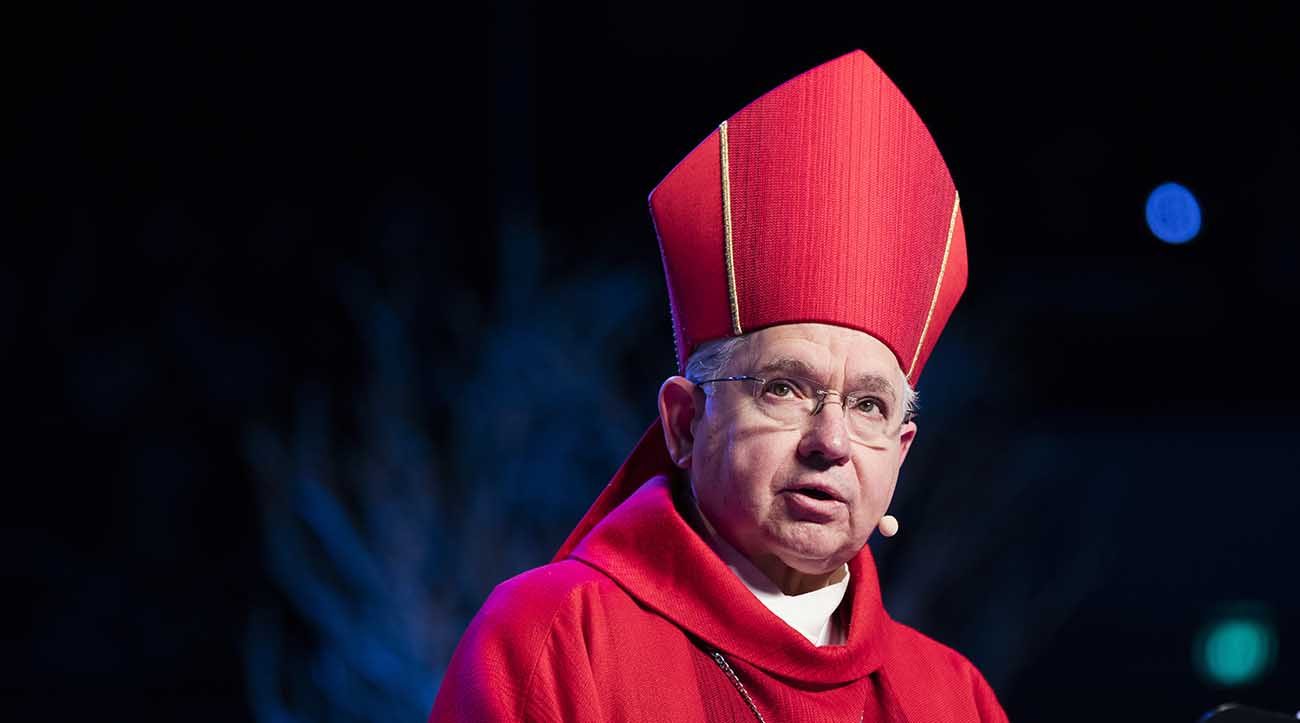 LOS ANGELES (CNS) — The answer to society’s dysfunctions can be found in one person: Jesus Christ.

That message is at the core of a new pastoral letter by Los Angeles Archbishop Jose H. Gomez — “For Greater Things You Were Born” — released March 1, Ash Wednesday.

The letter is a 16,000-word meditation on human nature, which the archbishop maintains can only be understood in relation to God.

“Jesus Christ alone knows who we are and he is the one teacher of life,” he writes. “He alone shows us the way to live in order to lead a truly human life.”

The elections revealed rifts in American society. The archbishop notes in particular “the persistence of racist thinking,” class divisions, “cruel indifference to the sufferings of immigrants” and efforts to “normalize” abortion and euthanasia.

“In place of a coherent national spirit and ethos, we see in our society new expressions of radical individualism and new forms of domination by the strong against the weak,” he writes.

The “divisions and dysfunctions” in American society expose unanswered questions about the meaning of life, Archbishop Gomez writes. By forgetting God, society has lost a common foundation on which to build, he says.

“So many of our neighbors seem to be not really living but only existing,” the archbishop writes. But, recalling that human beings are created in the image of God, he writes “God made us for greater things!”

The title of the pastoral letter is from Mother Maria Luisa Josefa, who founded the Carmelite Sisters of the Most Sacred Heart of Los Angeles. As the archbishop mentioned in his first homily in Los Angeles, she would “tell everyone: ‘For greater things you were born!'”

Mother Maria Luisa Josefa is a candidate for sainthood. She has been given the title “venerable,” the official recognition by the Vatican Congregation for Saints’ Causes of a sainthood candidate’s heroic virtues.

Archbishop Gomez’s letter — broken into 40 sections — covers the vast implications of a Christian anthropology: the duty to be stewards of creation, love for others as brothers and sisters, the beauty of marriage and the call to saintly life in imitation of Christ. The archbishop also outlines a “plan of life,” including reading the Gospels, going to Mass and confession and carrying out acts of service.

The letter relies heavily on Scripture, the Catechism of the Catholic Church, and the teachings of the saints and sainthood candidates, like St. Junipero Serra, Blessed Oscar Romero and Dorothy Day, who was co-founder of the Catholic Worker Movement.

Day has been named a servant of God by the church and the diocesan phase of her canonization cause has been underway in the Archdiocese of New York since 2000.

“We are made out of love, a thing of beauty in God’s eyes and the glory of his creation,” the archbishop writes. “We are made to share in his divine nature as his beloved children. We are made to be holy, to be saints!”

The entire letter is available online here and hard copies are available at no cost here.

PREVIOUS: For next version of refugee ban, waiting is hardest part, say advocates