A shocker so big, it still hasn’t sunk in 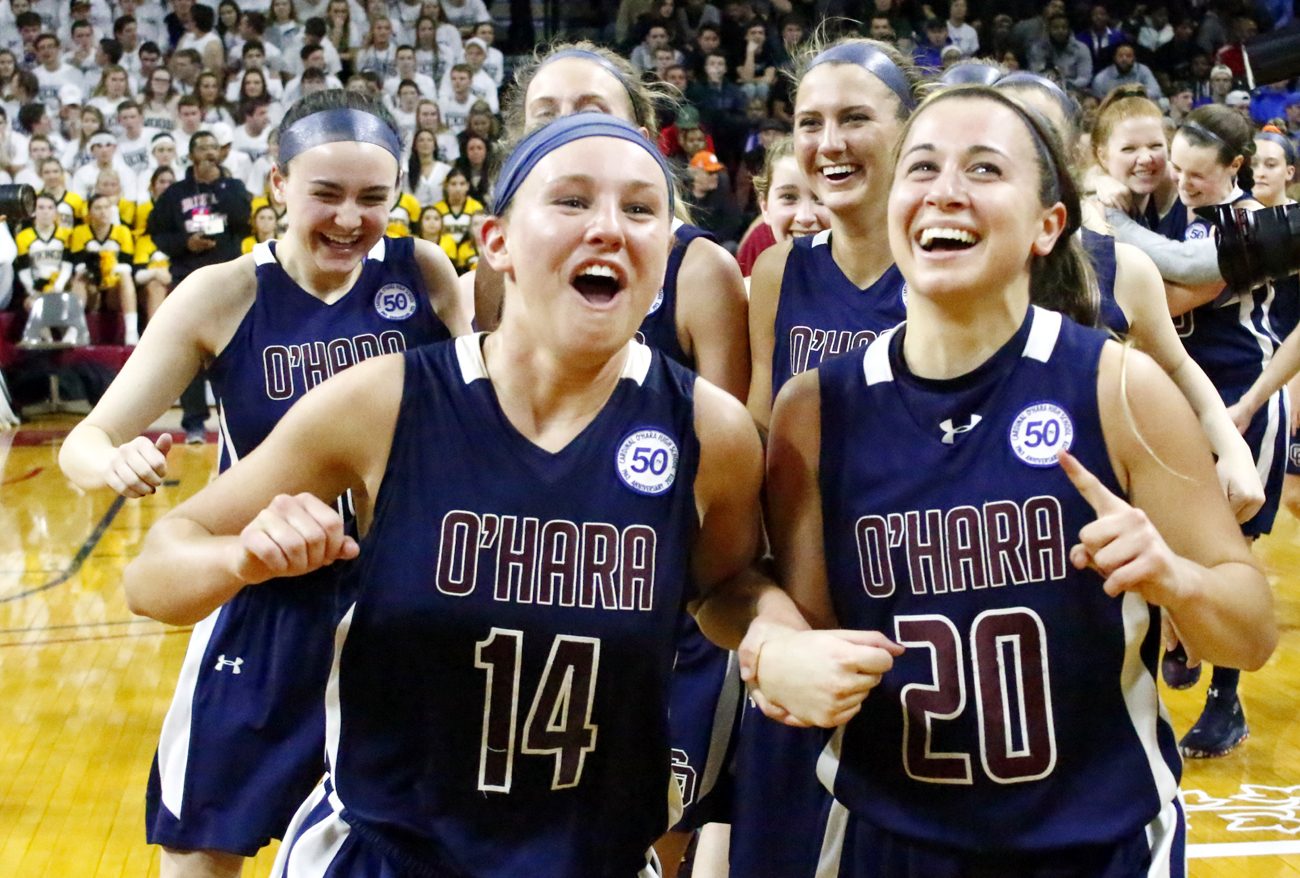 The ladies of O'Hara look to the scoreboard as they win the Catholic League championship Feb. 27 at the Palestra. (Sarah Webb)

On one hand, that’s simply a factual sentence. That they defeated defending champion Archbishop Wood, 35-30, is obviously integral to the full story. However, it’s that combination of words – “Cardinal O’Hara won the girls’ Catholic League basketball championship” – that continues to marinate in the players’ collective mind and heart.

“It hasn’t sunk in yet completely,” said senior Mary Sheehan, a St. Joseph’s University signee and one of several Lions who were asked to reflect on their euphoria 72 hours after the final horn ignited a wild celebration for the ages at center court. “I keep going through pictures of the night trying to take it all in.”

It’s not that O’Hara doesn’t know success. If anything, it’s been the Catholic League’s most successful program over the past two decades – with 10 league titles over the past 20 years. It’s that this year’s team – solid, but flawed throughout the regular season – threaded three phenomenal games in the postseason to accomplish what seemed unlikely at best and impossible at worst.

A 62-36 quarterfinal victory over Lansdale Catholic preceded a stunning, highlight-reel 57-42 win over heavily favored Neumann-Goretti in the semis. That the Lions could muster enough gumption to avoid the negativity of naysayers and outplay a tremendous Wood team that had not lost a league game all season is simply remarkable.

“All championships are special,” said coach Linus McGinty. “This one … yes, it’s something special.”

During an impromptu post-game interview, Nihill stressed that every player needed to accept her assignment with unselfish, reckless abandon, whether that be snaring a rebound, boxing out, dishing off to an open player, or verbally expressing support from the bench.

“It hasn’t sunk in yet,” said Nihill. “I am still in shock that we are number one in the Catholic League. It’s been awesome with so many people congratulating all of us at school. The students and teachers were talking about the game and how exciting it was. It makes you realize how supportive your school and student body is.”

Kenzie Gardler, a junior guard who plays with the proverbial ice water in her veins, described the surreal experience with typical aplomb.

“It hasn’t officially sunk in yet,” said Gardler. “Me and my teammates catch ourselves saying ‘I still can’t believe this happened,’ or ‘This is such an unreal feeling.’

“Our first day back from school was so fun with everyone congratulating us. Our first practice back was (Thursday) and we all came 15 minutes before to sit in the middle of the gym with the plaque and net and just talk about how the game went and how amazing it felt winning. We handed the plaque over to the AD (athletic director Mike Donahue) and some of us almost cried. We all had such an emotional connection to it that we even gave it a name.”

Yep. When the Lions peer into their school’s voluminous trophy case, they will say hello to … “Pla Pla.”

How did that turn out?