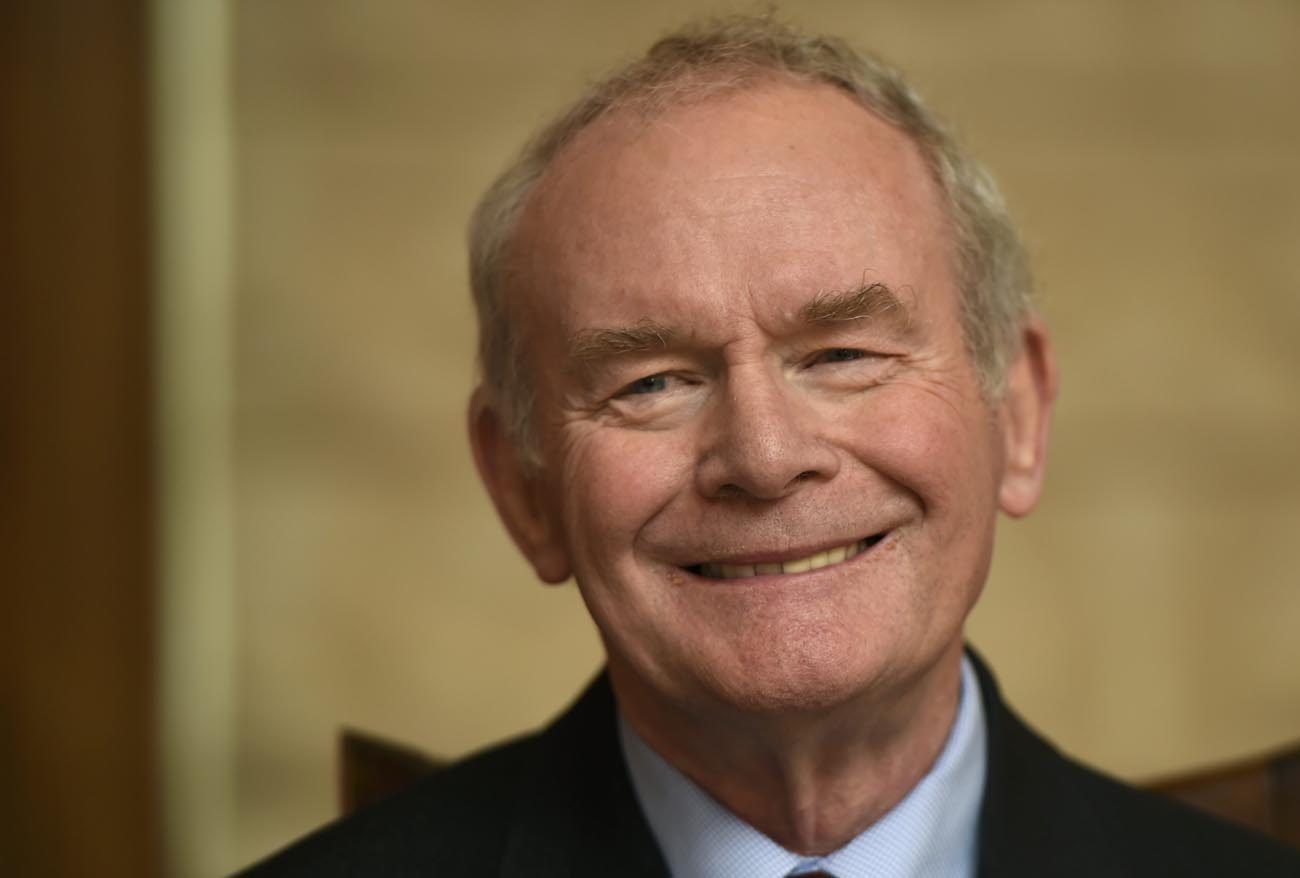 DUBLIN (CNS) — Martin McGuinness, 66, who went from being a paramilitary leader to laying the foundations for peace in Northern Ireland, died March 21. McGuinness was diagnosed with a rare heart condition in December and died in a hospital in Londonderry, Northern Ireland, surrounded by his family.

The Londonderry in which McGuinness grew up was marked by deprivation and gerrymandering that ensured the majority Catholic community in the city was never able to exercise political influence. Discrimination in employment, housing and education was widespread.

McGuinness was an early activist in the Northern Ireland Civil Rights Association, formed in the late 1960s to work for equal rights for Catholics. However, he later joined the Irish Republican Army, which was leading an armed insurrection against British rule in Northern Ireland. The organization was classified as a terrorist group by the British and Irish governments and successive U.S. administrations. In 1973, McGuinness was imprisoned for six months for terrorism-related activates and later claimed he resigned from the IRA the following year.

In the 1970s, he became a key figure in Sinn Fein, the political wing of Irish republicans opposed to British rule in Northern Ireland. He is credited with playing a key role in convincing the IRA to call a cease-fire in 1994 and embrace purely peaceful means. In the political talks that followed, he was named by Sinn Fein as the party’s chief negotiator. Politicians said his military background in the IRA was instrumental in convincing militant republicans to keep faith in the peace process, even when they thought too many concessions were being made.

He was a signatory to the 1998 Good Friday Agreement, which established the Catholic-Protestant power-sharing government in Northern Ireland, and was subsequently appointed minister for education. In 2007, he was appointed deputy first minister of Northern Ireland — effectively a joint prime minister role with the Rev. Ian Paisley, the leading figure within political Protestantism.

The partnership of the two former political foes became a symbol of how far Northern Ireland had traveled from the days of sectarian violence. McGuinness worked closely with Rev. Paisley’s successor as first minister, Peter Robinson. However, when Robinson was replaced by Arlene Foster in 2016, relations turned sour, and McGuinness resigned in January of this year.

His death came as political leaders scrambled to meet a March 27 deadline to make a new deal to re-establish the power-sharing government before the British government intervenes to rule Northern Ireland directly from London.

From a traditional Catholic background, McGuinness was private about his faith but always described himself as a believing Catholic and was a weekly Mass-goer. However, his stance in favor of Sinn Fein’s support for same-sex marriage and more liberal laws on abortion drew criticism from within the Catholic community and pro-life activists.

Leading tributes to McGuinness, Archbishop Eamon Martin of Armagh, Northern Ireland — president of the Irish bishops’ conference — expressed the hope that a new political deal would be a fitting tribute to McGuinness’ legacy.

The archbishop, who also grew up in Londonderry, said he would “remember Martin as someone who chose personally to leave behind the path of violence and to walk instead along the more challenging path of peace and reconciliation.”

“As a leader, he was courageous and took risks in order to bring others with him, convincing them that goals could be achieved by politics and persuasion. He channeled his many gifts into creating and sustaining the peace process, of which he was one of the key architects,” he said.

Archbishop Martin described McGuinness “a man of prayer, and I am personally grateful for his good wishes and encouragement to me, as a fellow Derry man, in my own vocation.”

Father Joe McVeigh, a priest based in Northern Ireland who considered McGuinness a close personal friend, told Catholic News Service that the politician was “one of the people mainly responsible for taking the gun out of Irish politics.”

The priest said McGuinness would “be forever remembered for his key role in building the peace after almost 30 years of violent conflict, when many had almost despaired of ever finding a peaceful way forward. … He remained firm in his republican belief in a reunified Ireland, but he always showed respect to those who differed.”

Irish President Michael D. Higgins said “the world of politics and the people across this island will miss the leadership he gave, shown most clearly during the difficult times of the peace process, and his commitment to the values of genuine democracy that he demonstrated in the development of the institutions in Northern Ireland.”

“His death leaves a gap that will be difficult to fill,” the president said.

“While I can never condone the path he took in the earlier part of his life, Martin McGuinness ultimately played a defining role in leading the republican movement away from violence. In doing so, he made an essential and historic contribution to the extraordinary journey of Northern Ireland from conflict to peace,” she said.