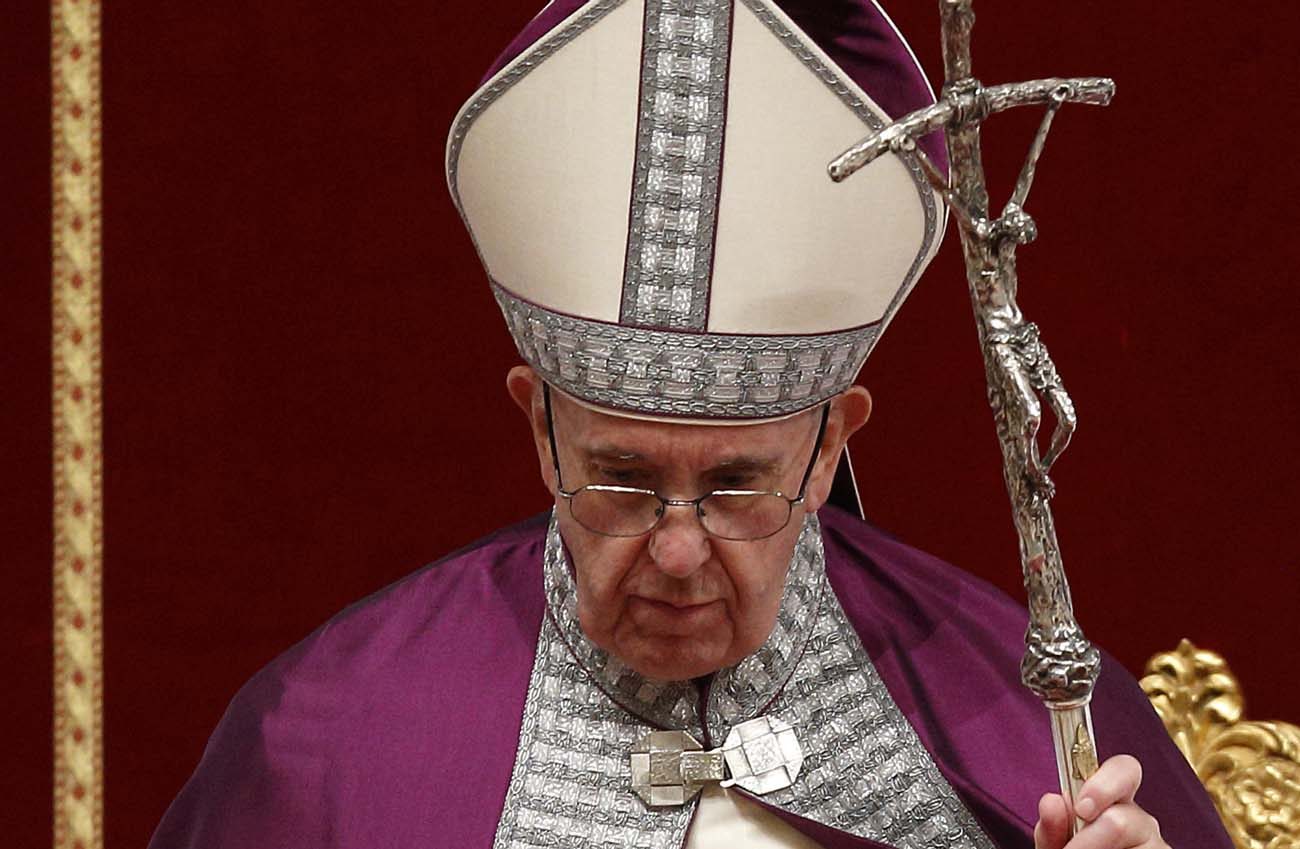 VATICAN CITY (CNS) — A few hours after urging priests to be generously available for the sacrament of penance, Pope Francis went to confession, then offered the sacrament to seven Catholics.

Presiding over the annual Lenten penance service March 17 in St. Peter’s Basilica, Pope Francis was one of 95 priests and bishops listening to confessions and granting absolution.

After the reading of a Gospel passage, the pope did not give a homily. Instead, he and the thousands of people gathered in the basilica prayed in absolute silence for 10 minutes.

Pope Francis spent about four minutes kneeling before a priest in one of the wooden confessionals before he walked to one nearby, put on a purple stole and waited for the first penitent to approach.

As people were preparing, confessing and praying, the Sistine Chapel Choir alternated with the organist and a harpist in ensuring an atmosphere of peace.

The pope spent 50 minutes administering the sacrament before leading the congregation in prayers of thanksgiving for the experience of the “goodness and sweetness of God’s love for us.”

The small service booklets distributed to the congregation included a guide for an examination of conscience. The 28 questions began with a review of one’s motivation for going to confession in the first place: “Do I approach the sacrament of penance out of a sincere desire for purification, conversion, renewal of life and a closer friendship with God, or do I consider it a burden that I am only rarely willing to take on?”

Other questions involved how often one prays, Mass attendance, keeping the Ten Commandments, giving generously to the poor, not gossiping and keeping the Lenten practices of prayer, fasting and abstinence and almsgiving.

NEXT: Amid warm relations, pope to visit Egypt