Justice Samuel Alito will speak at St. Charles Seminary in May 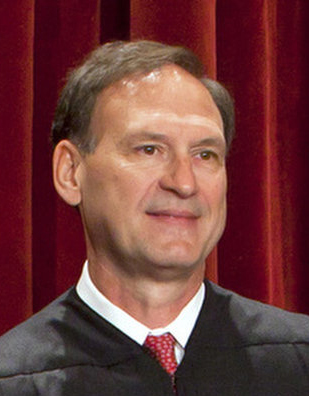 Concursus is the seminary’s annual graduation ceremony where academic degrees are awarded to seminarians as well as religious and lay students enrolled in its college and graduate degree programs.

Alito will be awarded a Doctor of Humane Letters degree, honoris causa, and will give the Concursus address.

The seminary community “is extremely pleased to honor Justice Alito for his outstanding legal contributions to our nation and for his unswerving dedication to public service,” said the seminary’s rector, Bishop Timothy C. Senior, in a statement April 10. “The seminary community looks forward to welcoming him and to what he will share with us.”

Alito joined the Supreme Court in 2006 after his nomination by President George W. Bush.

St. Charles Seminary, founded in 1832, forms men for the priesthood and permanent diaconate in the Archdiocese of Philadelphia and trains lay people through accredited graduate, undergraduate and certification programs, as well faith formation and enrichment.

The seminary is currently experiencing an enrollment surge in seminarians with increases of 20 percent and 13 percent in the last two years.