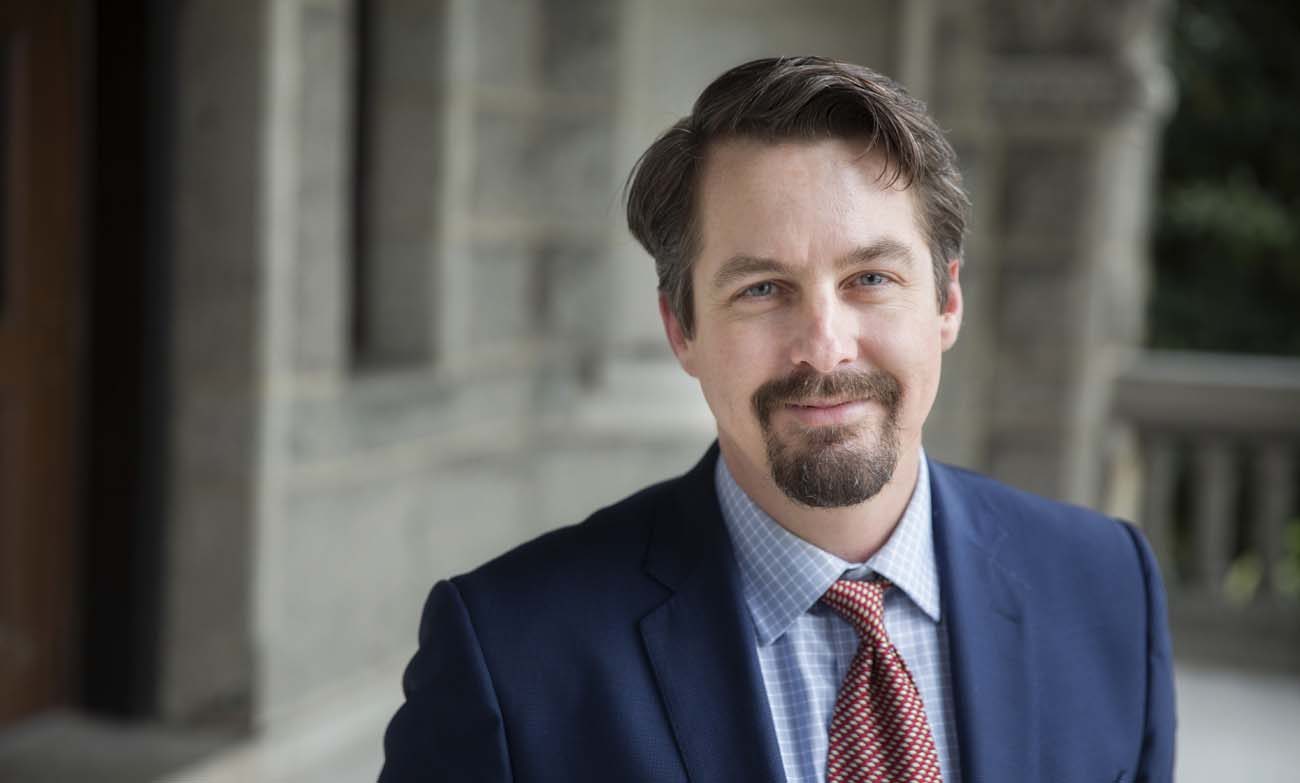 WASHINGTON (CNS) — Students in professor Chad Pecknold’s newest class come from Canada, Uruguay, France, Germany, England, Scotland, Australia, New Zealand, and all across the United States, but two things unite them all — a printed copy of St. Augustine’s “City of God” and their Twitter accounts.

Pecknold teaches a doctoral seminar on what is one of the saint’s greatest theological works at The Catholic University of America in Washington. On a whim, he decided at the beginning of this semester to post the seminar reading schedule on his personal Twitter account, and invite people to read along and have an occasional discussion.

Expecting about a dozen people to respond, Pecknold was shocked to find thousands of people showed interest in doing this online study of Augustine.

About 120,000 people viewed his invitation shortly after he posted it; more than 2,000 committed to buying the book and reading along. Pecknold had to quickly figure out how to accommodate such a large volume of people, and decided to dedicate a two-hour period on Thursday evenings to the study of “City of God.”

During his first class Jan. 12, Pecknold sat down with several different translations of the book, which had all of his handwritten marginal notes from about a decade of teaching the text. He tweeted out his commentary on book one through the Twitter app on his iPhone, and since Book 1 is 33 chapters, he wrote about 150 tweets in two hours.

His students either replied to his tweets or composed their own, using the class’s hash tag #CivDei to add their commentary to the discussion. The hash tag is taken from the original Latin title of the text, “De Civitate Dei.”

For subsequent classes, Pecknold followed his students’ advice to use a website that allows him to compose the tweets beforehand and schedule them to post at five minute increments, so he would have more time to be more interactive with the students’ comments.

Following the surprising number of responses that he received for the course, Pecknold said he started to wonder, “Why this? Why now? Why the response?”

“My sense is it benefits from coming off of a bruising election in which people feel the political order is shaky, however you think that shakiness manifests itself,” Pecknold said. “And when people feel that the structures are shaky, they intuitively want to go down to the foundations to see what is there.”

St. Augustine’s “City of God” is a fitting text to explore the foundations of Western civilization, Pecknold said, because it recounts Greco-Roman history, discusses what is right and wrong about how to order society and political life, and explores how to order oneself toward neighbors and toward God.

In addition to their geographical diversity, his students come from all different walks of life. They include a senior U.S. Court of Appeals judge and his wife, a Harvard law professor, a journalist for The Wall Street Journal, insurance salesmen, stay-at-home-moms, Catholic school principals, lawyers and teachers.

While he takes social media seriously, Pecknold strongly encouraged his students to buy a print version of the book to create a balance between what is happening on and off the screen. The students are not receiving any course credit for their work of reading the 1,000-page book in 15 weeks, and are simply doing it out of a hunger to learn.

For St. Augustine, an important theme is the question, “What are you willing to sacrifice for?” — which Pecknold used to analyze his students’ motives.

“What you are willing to sacrifice for tells you a little bit about what you love, and what you love tells you a lot about who you are,” he said. “An Augustinian analysis of the participants tells me that people are willing to sacrifice time and energy, and that’s because their loves are moving in the right direction, and that tells us something about who they are. (It) tells them something good about them.”

NEXT: Faith inspires artist to feature homeless in portraits of compassion