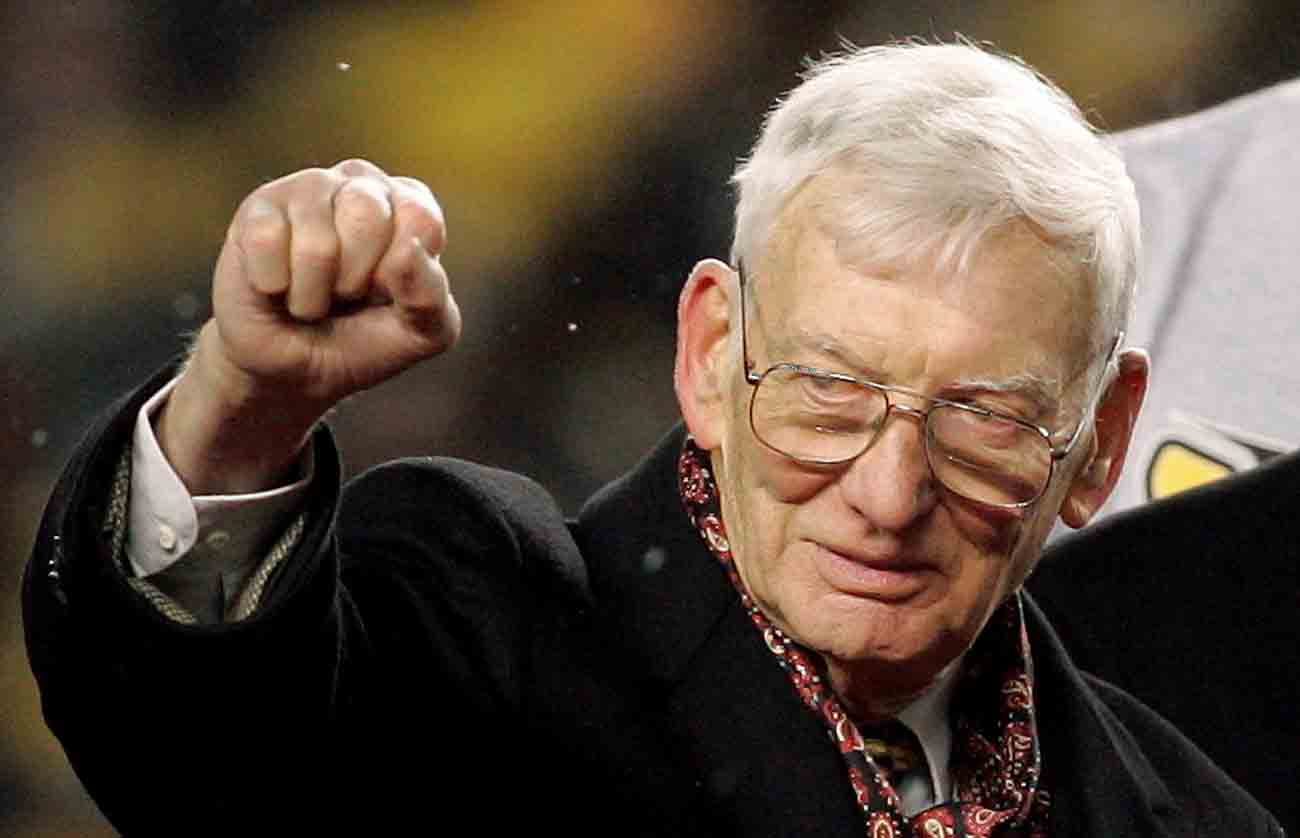 PITTSBURGH (CNS) — Dan Rooney, a beloved Pittsburgh icon as longtime chairman of the Pittsburgh Steelers, died April 13 at age 84 after a brief illness.

He was remembered by sports figures and church leaders alike for his humility and leadership.

In his nearly eight decades with the Steelers, the team won six Super Bowl titles. Rooney also served as U.S. ambassador to Ireland from 2009 to 2012.

Pittsburgh Bishop David A. Zubik, who knew Rooney for 30 years and spent time with him before he died, said the Catholic football team executive “had business smarts, but more importantly, was very much quintessentially a Pittsburgher and was very humble about everything the Steelers were able to do.”

The bishop, who spoke to the local CBS affiliate, KDKA-TV, April 13, said Rooney modeled his father, Art Rooney, founding owner of the Steelers.

“There’s no question about it, Dan was really a beautiful reflection of his dad,” he said.

The father and son were both inducted into the Pro Football Hall of Fame — Art Rooney in 1964 and Dan Rooney in 2000. The third-generation Rooney, Art Rooney II, one of nine children of Dan and Patricia Rooney, has been president of the Steelers since 2003.

“It is a sad day for my family and me,” Art Rooney II said in a statement. “My father meant so much to all of us, and so much to so many past and present members of the Steelers organization. He gave his heart and soul to the Steelers, the National Football League and the city of Pittsburgh.” 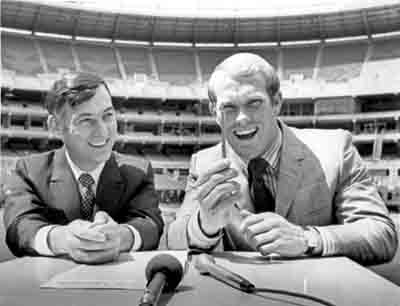 Dan Rooney, then vice president of the Pittsburgh Steelers, smiles as quarterback Terry Bradshaw holds up the pen he just used to sign his first contract with the Steelers in 1970. (CNS photo/Jerry Siskind, Reuters)

Washington Cardinal Donald W. Wuerl, former bishop of Pittsburgh, described Rooney as a “champion for his family, his community, his team and his faith.” The cardinal said when he was a priest and bishop in Pittsburgh, he had the chance to work with Rooney and appreciated his “strong faith and how it influenced his commitment to and love for Pittsburgh, the role his Steelers played in the community, and his devotion to our country which he served so capably as ambassador to Ireland.”

A viewing will be held April 17 at Heinz Field, home of the Steelers. Rooney’s funeral Mass will be celebrated the next morning at St. Paul Cathedral in Pittsburgh.

“Family, faith, football — those are my priorities,” Rooney wrote in a 2007 memoir.

Rooney played quarterback and halfback at North Catholic High School in Pittsburgh and for a while he considered joining the priesthood. He began working for his father in 1955 after graduating from Duquesne University. He was named president of the Steelers in 1975, a position he held until 2003, when he took on the role of chairman and his son took over the presidency.

He also is known for the Rooney Rule, a National Football League policy adopted in 2003 that requires teams to interview minority candidates for head coaching and senior football operation positions. The rule was named in honor of Rooney, who had served as chairman of the league’s diversity committee. 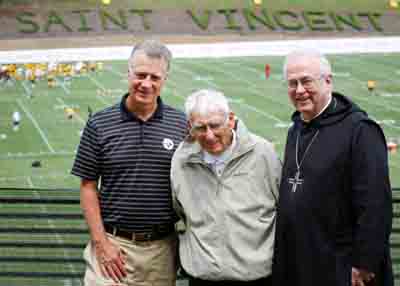 Rooney is also well remembered at St. Vincent College in Latrobe, a Benedictine-run school that has been the training camp of the Steelers for 51 years.

Benedictine Archabbott Douglas Nowicki told KDKA-TV in Pittsburgh that Rooney was at summer training every day in the heat of the summer and he viewed the players as an extension of his family.

In a 2013, he told Catholic News Service that the Rooney family is “known for three things: faith, family and football.” He said Dan Rooney and his father went to daily Mass which was part of “their upbringing in strong Irish Catholic families, and it’s very much who they are and their identities. The importance of faith, family and football permeates the entire organization.”

Paul Tagliabue, former NFL commissioner, also spoke of Rooney’s faith in an April 13 statement. He said Rooney’s values were based in “America, Ireland and his church.”

“He was an inspiration to millions throughout America, and in many other lands. He was at home on mean streets, in locker rooms and chapels, with presidents, popes, poets and visionaries. Few have served so many so well,” he added.

Rooney is survived by Patricia, his wife of 65 years, four brothers, seven children, 20 grandchildren, five great-grandchildren. His daughter Kathleen died in 1987, and his daughter Rita died in 2012.

PREVIOUS: Rita Schiavone, founder of Aid For Friends, dies at 82

NEXT: Msgr. Francis Statkus, former chancellor and pastor, dies at 95