God’s call to ministry was always there, but a response took time 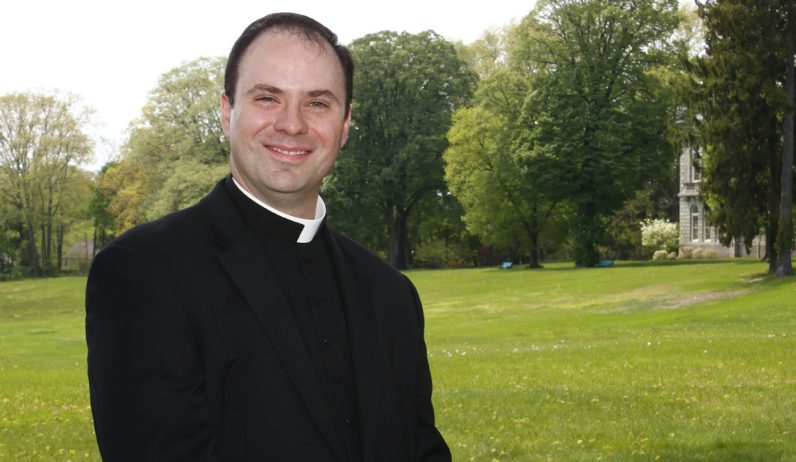 Deacon Brian Connolly, shown on the grounds of St. Charles Borromeo Seminary, is preparing for his ordination to priesthood for the Archdiocese of Philadelphia on May 20. (Sarah Webb)

Deacon Brian Connolly, 41, who will be ordained to the priesthood by Archbishop Charles Chaput on Saturday, May 20, could be considered a late vocation. He disagrees.

“It wasn’t necessarily a late calling as much as a late responding to the call,” he explains.

The youngest of the six children of Jack and Connie Connolly and preceded in life by John, Rosemary, twin, Colleen and Kathleen and Christine, he attended St. Joseph School in Downingtown, and after the family moved to St. Philip Neri Parish in Lafayette Hill, at Bishop Shanahan High School.

“Without a doubt my parents raised us in the faith with Mass every Sunday,” he remembers. “They gave Christian witness and are stalwart Catholics.”

It was during his high school years that he first thought about the priesthood, but put it off his mind for the time being. He was way too shy and a priest has to be outgoing, he told himself, and besides, he just wasn’t worthy of so high a calling.

At West Chester University, where he took his degree in business management, he became active with the Newman Club and through that became connected with the faith in a positive way.

“Father (Samuel) Verruni, who was the Newman chaplain, was a great influence on me,” Deacon Connolly recalls of the archdiocesan priest who now is the chaplain at Immaculata University.

After receiving his degree, Deacon Connolly opted to join the business world in the field of workman’s compensation for the next decade or so. 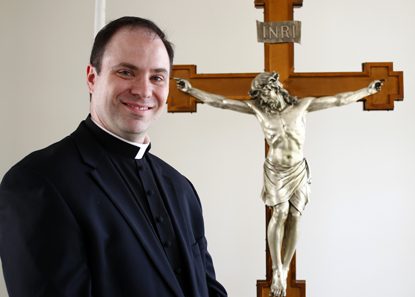 Although he put the idea of the priesthood in the back of his mind, he remained very much a committed Catholic.

“I seemed to believe God was calling me to be a lay Catholic, perhaps in the married life,” he said. He nourished his faith through several groups including YASKI (Young Adults of St. Katherine’s and St.  Isaac’s, in Wayne) the King’s Men and Our Lady’s Missionaries of the Rosary.

He also dated a bit, because the married life might still be God’s intent.

His spiritual life was and remains really Marian, including daily Mass and the Divine Mercy chaplet, and for relaxation there was running and hiking. But it wasn’t enough.

There was still that nagging idea of the priesthood. He finally came to realize it isn’t a matter of being worthy. After all, wouldn’t it be presumptive for anyone just to assume they are truly worthy to take on the awesome task of transforming ordinary bread and wine into the body and blood of Christ?

He entered St. Charles Borromeo Seminary in 2011 and the past six years have been a time of continued growth. He had to give up any idealized notions he had and see the human side of himself and others.

“We are not perfect, we mess up,” he said. “God is love and mercy. We have to love people where they are, not where we think they should be. It’s a celebration of God working through his church and a manifestation of his saving grace.”

Now, on May 20, he will be one of two men ordained for the Archdiocese of Philadelphia. While enrollment increases at the seminary suggest greater numbers down the road, this is the smallest ordination class since the founding years of St. Charles Borromeo Seminary in the 1830s. Other men who entered with him have left, and that too is the will of God. Entering a seminary is a time of continuing discernment, not a final decision.

Now with ordination around the corner, “It’s a very humbling experience,” Deacon Connolly said. “It is a celebration of God working through his church. The Holy Spirit has been calling me where I am and who I am. God will direct me.”

PREVIOUS: Downingtown author writes to inspire a culture of life

NEXT: Beloved pastor’s example led deacon to cusp of priesthood