Closed hearts unable to be surprised by the Resurrection, pope says 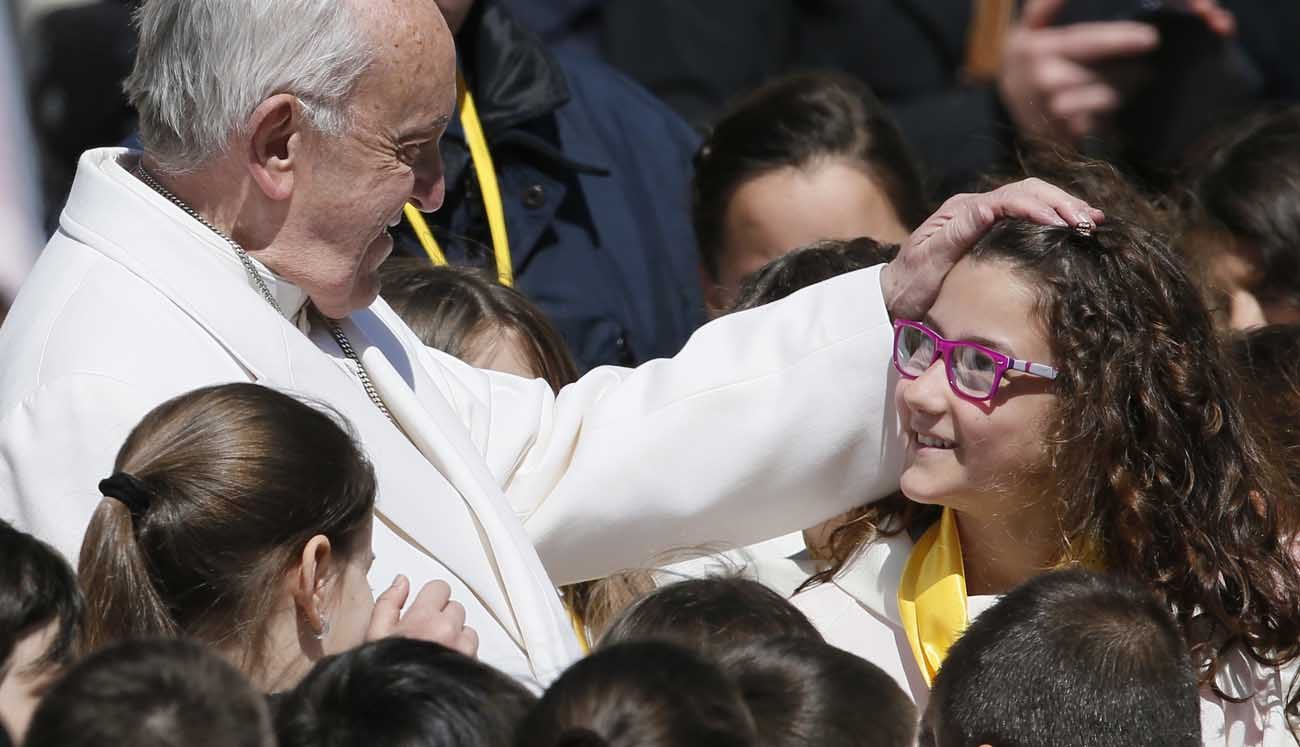 VATICAN CITY (CNS) — Christian faith is a grace and can be perceived only in the hearts of those willing to be surprised by the joy of the Resurrection, Pope Francis said.

“A closed heart, a rationalistic heart” is incapable of understanding the Christian message which has God’s love — manifested in Christ’s victory over death — at its center, the pope said at his weekly general audience April 19.

“How beautiful it is to think that Christianity is essentially this: It is not so much our search for God — a search that is, truthfully, somewhat shaky — but rather God’s search for us,” the pope said.

The pope, bundled up in a white overcoat due to the unusually chilly and windy weather, entered a packed St. Peter’s Square in his popemobile. Immediately, he invited two girls and a boy, dressed in their altar server robes, to board the vehicle and ride with him around the square.

Pope Francis also took a moment to greet an elderly woman who, overcome with emotion, cried and stretched out her arms to embrace the pope. He stooped over, warmly embracing the woman and gently caressing her face before making the sign of the cross over her forehead.

Continuing his series of talks on hope, the pope reflected on St. Paul’s First Letter to the Corinthians in which the apostle emphasizes the Resurrection as “the heart of the Christian message.”

“Christianity is born from here. It is not an ideology nor a philosophic system but a path of faith that begins from an event, witnessed by Jesus’ first disciples,” the pope said.

St. Paul’s summary of those who witnessed the risen Christ, he noted, ends by describing himself as the “least worthy of all” given his dramatic history as a one-time adversary of the early Christians.

St. Paul “wasn’t a ‘choirboy.’ He was a persecutor of the church, proud of his own convictions,” the pope said, departing from his prepared remarks. But “one day something completely unpredictable happens: the encounter with the risen Jesus on the road to Damascus.”

It is the surprise of this encounter, the pope continued, that all Christians are called to experience “even if we are sinners.”

Like the first disciples who saw the stone overturned at Jesus’ tomb, all men and women can find “happiness, joy and life where everyone thought there was only sadness, defeat and darkness,” the pope said.

God, Pope Francis said, is greater than “nothingness and just one lit candle is able to overcome the darkest night.”

“If we are asked the reason for our smile and our patient sharing, we can respond that Jesus is still here, he continues to be alive in our midst,” the pope said. “Jesus is here, in this square with us, alive and risen.”