How the church determines a true Marian apparition 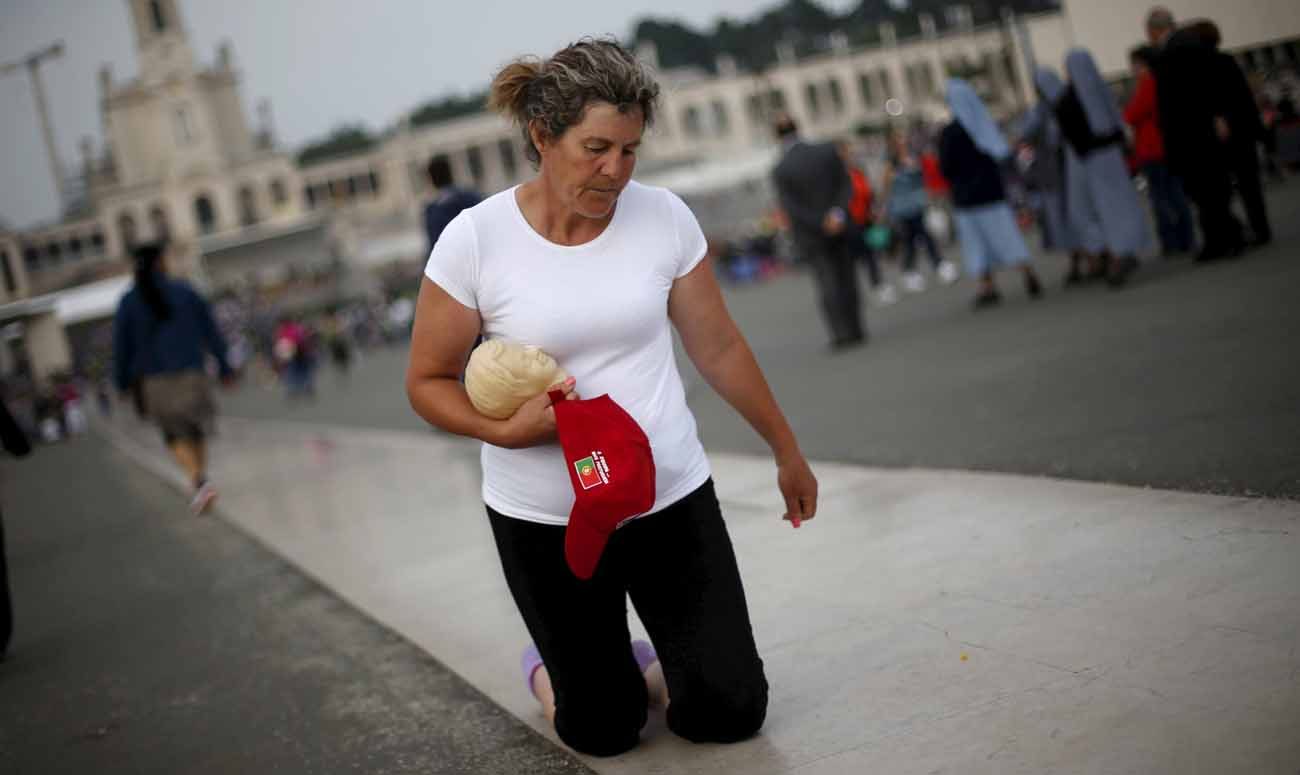 A pilgrim walks on her knees at the Marian shrine of Fatima in 2015 in central Portugal. (CNS photo/Rafael Marchante, Reuters)

VATICAN CITY (CNS) — When it comes to Marian apparitions, the Catholic Church takes a prudent approach that focuses more on the message than the miracle.

Supernatural phenomena, like the alleged miracle of the sun in Fatima, Portugal, nearly 100 years ago, are not the primary factors in determining an apparition is worthy of belief.

In that particular case, the bishop of Leiria — where Fatima is located — deemed the apparitions, but not the miracle of the sun, were worthy of belief. His ruling came in 1930, more than a dozen years after Mary’s final apparition to Lucia dos Santos and her cousins, Jacinta and Francisco Marto.

More than 1,500 visions of Mary have been reported around the world, but in the past century, fewer than 20 cases have received church approval as worthy of belief.

The Vatican’s “Norms regarding the manner of proceedings in the discernment of presumed apparitions or revelations” were approved by Pope Paul VI in 1978. An official English translation was released in 2011.

Like with Fatima, responsibility for determining an apparition’s veracity lies with the local bishop, according to the norms established by the Vatican Congregation for the Doctrine of the Faith.

The process is never brief, with some cases taking hundreds of years. Visionaries and witnesses must be questioned and the fruits of the apparitions, such as conversions, miracles and healings, must be examined.

According to the norms, the local bishop should set up a commission of experts, including theologians, canonists, psychologists and doctors to help him determine the facts, the mental, moral and spiritual wholesomeness and seriousness of the visionary, and whether the messages and testimony are free from theological and doctrinal error.

A bishop can come to one of three conclusions: He can determine the apparition to be true and worthy of belief; he can say it is not true, which leaves open the possibility for an appeal; or he can say that at the moment, he doesn’t know and needs more help.

In the last scenario, the investigation is brought to the country’s bishops’ conference. If that body cannot come to a conclusion, the matter is turned over to the pope, who delegates the doctrinal congregation to step in and give advice or appoint others to investigate.

Still, the Catholic Church does not require the faithful to believe in apparitions, even those recognized by the church.

Church recognition of a private revelation, in essence, is just the church’s way of saying the message is not contrary to the faith or morality, it is licit to make the message public “and the faithful are authorized to give to it their prudent adhesion,” now-retired Pope Benedict XVI said in his 2010 apostolic exhortation, “Verbum Domini” (“The Word of the Lord”).

NEXT: Fatima at 100: Story of apparitions continues to attract attention