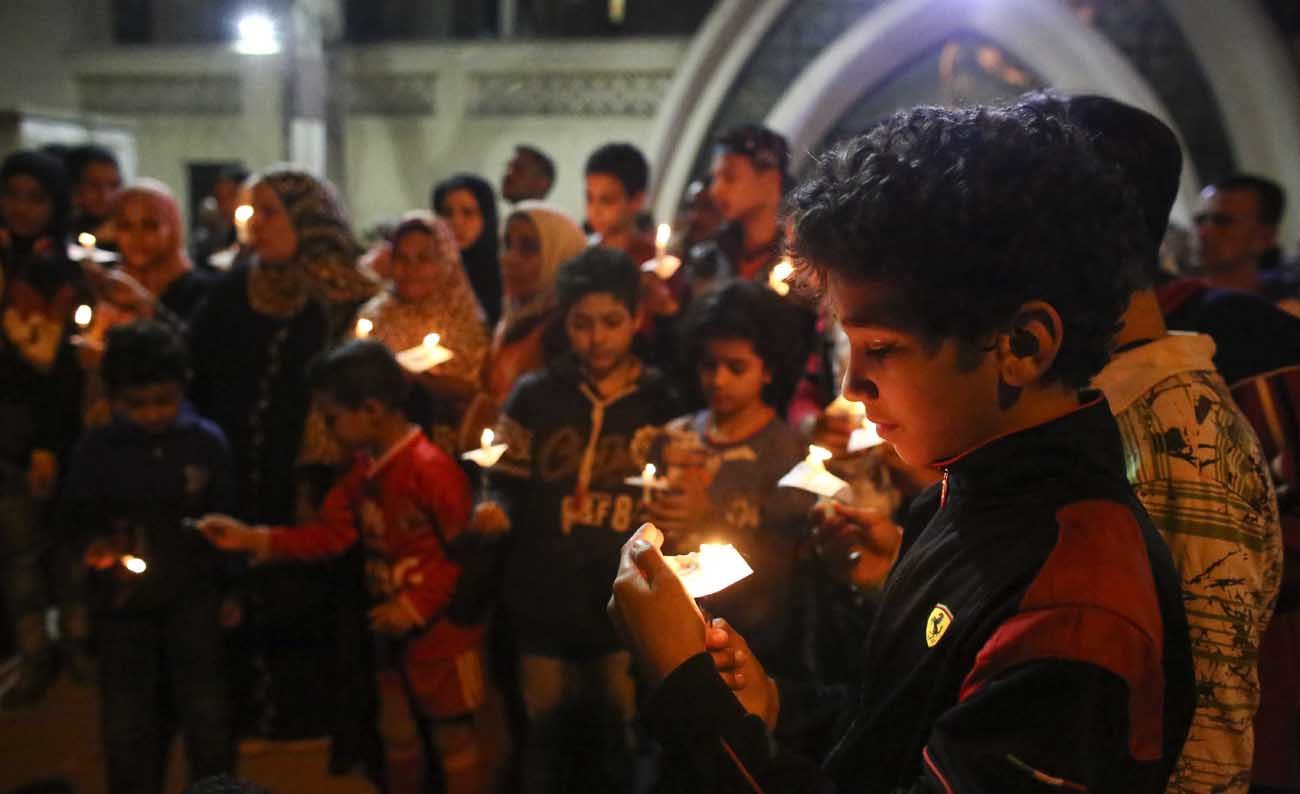 A boy holds a candle during an April 9 candlelight vigil for the victims of a bomb explosion at the Orthodox Church of St. George in Tanta, Egypt. Despite the ongoing risk of terrorism, Pope Francis planned to travel to Egypt April 28-29 as a sign of being close to the people there, said Greg Burke, Vatican spokesman. (CNS photo/EPA)

VATICAN CITY (CNS) — Despite the ongoing risk of terrorism, Pope Francis planned to travel to Egypt as a sign of being close to the people there, said Greg Burke, Vatican spokesman.

Heightened security is part of the “new normal” in many countries, but even in the wake of the Palm Sunday attacks in Egypt, it is the pope’s desire “to go ahead, to also be a sign of his closeness” to those affected by violence and all the people of Egypt, Burke told journalists April 24.

At a Vatican briefing outlining some details of the pope’s trip to Cairo April 28-29, a reporter asked if there were any worries or concerns about the pope’s security.

Burke, speaking in Italian, said he wouldn’t use the word “worries” or concerns, but would say that “we live in a world where it is now something that is part of life.” He added, “However, we move ahead with serenity.”

The pope has requested that a “normal car” — not an armored vehicle — be used when he is driven from one venue to another, Burke said. It will not be an open-topped vehicle, he added.

The pope will use a “golf cart,” however, rather than the open-air popemobile when he makes the rounds through the crowds at the air defense stadium, where Mass will be celebrated April 29.

He also will use the golf cart for circulating among the more than 1,000 seminarians, religious and clergy expected to attend an outdoor prayer service at the Coptic Catholic Church’s St. Leo’s Patriarchal Seminary in the Cairo suburb of Maadi April 29.

Burke said that after Pope Francis’ private meeting with Coptic Orthodox Pope Tawadros II, at the patriarch’s residence April 28, the two leaders will go together to the nearby church of Sts. Peter and Paul, which had been bombed during a Sunday Mass in December 2016, killing 24 people and injuring at least 45 others.

They will pray “for all the victims from these past years and months, pray for Christians killed,” Burke said.

The two will leave flowers outside the church, light a candle and then have a moment of prayer for the victims from the December attack, the Vatican spokesman said.

Soon afterward, the pope will go to the apostolic nunciature, where he will be staying, and will greet a group of children who attend a Comboni-run school in Cairo and later will greet more than 300 young people who made a pilgrimage to Cairo to see the pope, he added.

PREVIOUS: Mercy opens the door to understanding the mystery of God, pope says