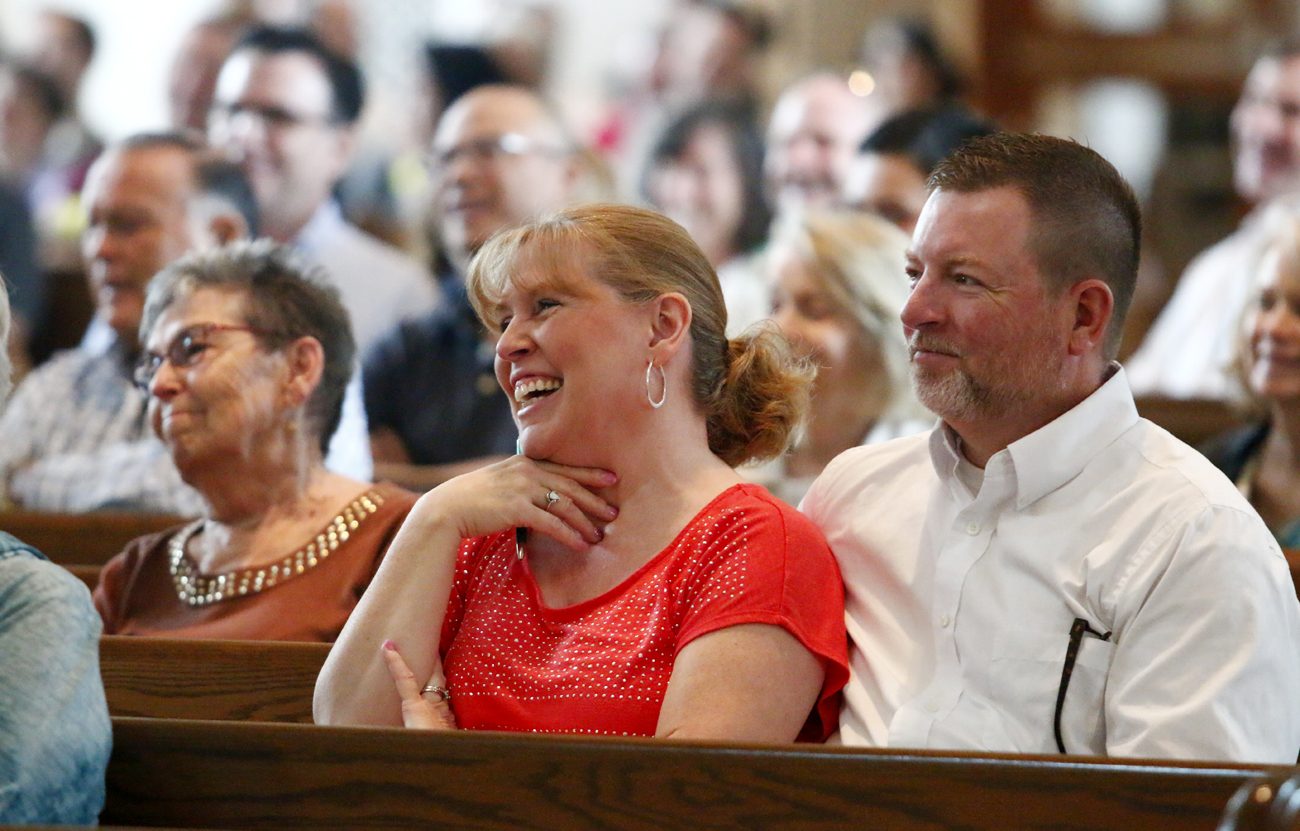 Today’s culture sometimes seems to celebrate individual lives and values above all else, but no one told that to the hundreds who gathered at St. Joseph Parish in Downingtown on Sunday, April 30 for the Family Fully Alive Festival. There, family came first.

The day centered around pro-family, pro-life and pro-dignity messages from speakers and exhibitors. As Msgr. Joseph McLoone, pastor at St. Joseph’s put it, the festival provided the opportunity “for families to be strengthened so that they can live out their role in society and feel blessed in that role and in their vocation.”

(See a photo gallery from the festival.)

A trio of keynote speakers headlined the festival. First up was internationally known speaker and author Deacon Harold Burke-Sivers, who spoke on practical techniques to guide young persons and keep them focused on faith.

Among the topics he covered was marriage preparation. “It’s my favorite thing,” he said.

The married father of four referenced St. Joseph and Mary by speaking of the similarities and differences between marriage in ancient times and now, and the strong faith required by Joseph to accept his wife’s pregnancy by God.

Today love is still built on strong faith, the deacon noted in his high energy talk. The clear takeaway was the beauty and sanctity of marriage and children.

Among the reactions was that of Michelle Lenker, who attended with her husband Joe and young daughter Emily. “It was a reminder to me of what a privilege it is to carry a child,” she said. 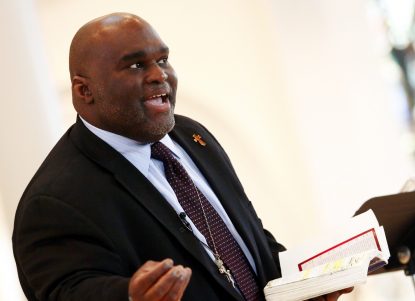 The Lenkers are members of neighboring St. Peter’s in West Brandywine, a sign of how the festival drew from parishes other than St. Joseph’s.

The privilege of motherhood was also implicit in the strong message exemplified by several groups offering information on the damaging effects of abortion – on the unborn child, obviously, but also on the woman.

One such exhibit table was that of Rachel’s Vineyard, an international group that offers counselling and consolation to women who have experienced the trauma of abortion.

“We grieve along with the women,” said Evelyn Walsh, representing the organization. Catholics as well as non-Catholics are welcome to Rachel’s Vineyard in Doylestown, as are men – anyone who needs healing.

Second among the keynote speakers was Mark Houck, co-founder and president of The King’s Men. The organization is based in Quakertown where Houck lives with his wife and five children. It teaches the need for strong faith among men and spiritual healing for fathers.

“Men face a need for ‘generational’ healing today,” he said. “Fathers need to lead a sacramental life. Men are not going to confession today. We need them to be leading the family by example. It’s not enough to be good, we need to be perfected through God’s grace.”

According to Houck, statistics show that when the father leads the family in matters of faith, retention of faith among children is over 90 percent. That figure drops to 45 percent when the mother leads. 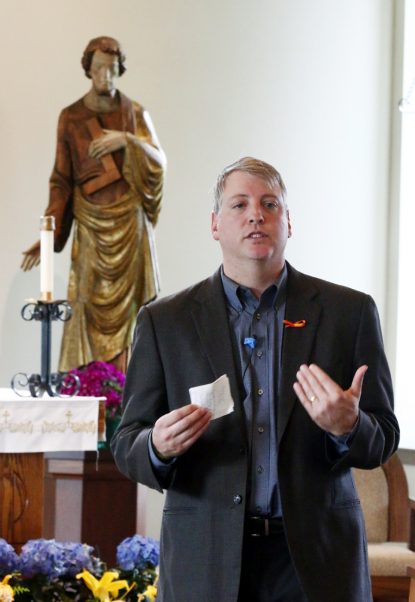 Mark Houck, founder and president of The King’s Men, speaks on the role of fathers as the spiritual leader in the family.

“Dad is the head of the house, Mom is the heart,” Houck said. “You can’t have one without the other, but in the order of grace, God will flow through the man to his family.”

Houck’s message also touched on the need for fathers to help their daughters to understand their femininity and to help them protect their virginity. That was a theme echoed on a personal level by exhibitors Jacinta Florence and Adrianne Bendu

They represented Generation Life, an organization that spreads the message to teenagers in Philadelphia area schools that they don’t have to be swayed by popular culture that doesn’t often value chastity.

“We give teens permission to follow the voice that’s in their heart,” said Florence. “Personally I’ve been liberated because I live a chaste lifestyle. That’s what we try to get across when we talk to the youth.”

The third keynote speaker was Megan Schrieber, president of AbbeyFest Ministries and a mother of six. Schrieber discovered in her own life the divisive effects of the use of contraception in a marriage.

She also experienced firsthand the need to fight for religious freedom when she and her husband withdrew their children from their private Catholic school because the school refused to teach the Theology of the Body, a set of teachings developed by St. John Paul II on the human body, sexuality and marriage.

In addition to the keynote presentations, nine breakouts were held, including two youth track sessions. A number of parents brought their children to the adult-oriented sessions too, underscoring the atmosphere of family togetherness that permeated the day. About 40 exhibitors had tables at the event.

Even the youngest among the attendees weren’t forgotten, and a play area was set up in the gym for those too young to take part in any sessions.

The idea for the festival was inspired by 2015’s World Meeting of Families in Philadelphia and was organized by the Rev. William J. Fenerty Council of the Knights of Columbus.