Our Lady of Ransom set to merge with Resurrection Parish 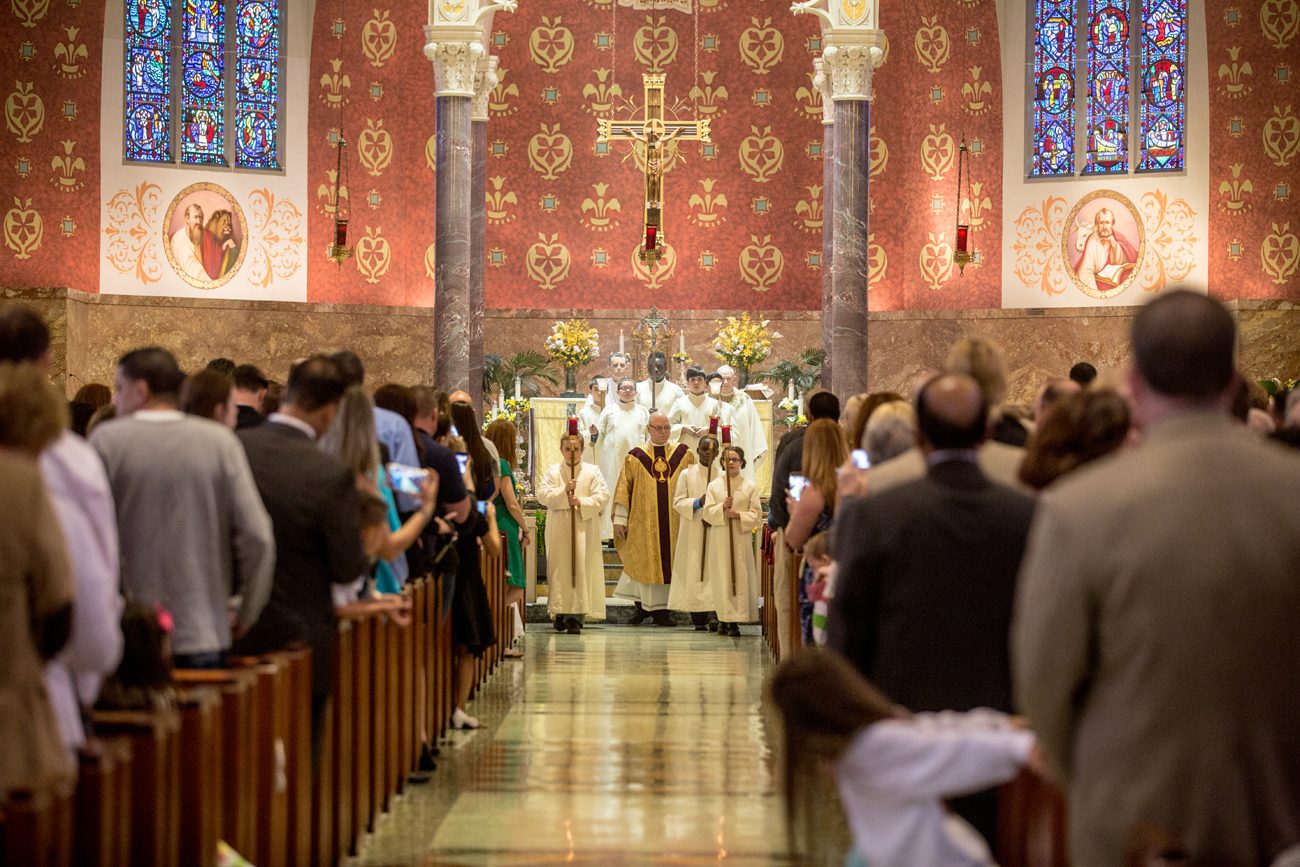 The sanctuary of Resurrection of Our Lord Church in Northeast Philadelphia is seen at the conclusion of Mass on May 6 before the May 20-21 announcement of the merger of Resurrection and Our Lady of Ransom Parishes at Resurrection in Rhawnhurst. (Photo by Truc Tram)

Resurrection of Our Lord Parish and Our Lady of Ransom Parish, both in Northeast Philadelphia, will merge effective June 19 at Resurrection in Rhawnhurst, it was announced on the weekend of May 20-21.

The merged parish will retain the name of Resurrection of Our Lord while Our Lady of Ransom will become a worship site for the new parish. The two churches are located about a mile and a half from one another. Any assets or debts of Our Lay of Ransom will pass to Resurrection.

As background, representatives of the two parishes, both in Pastoral Planning Area 520, met for several months to discuss how their parishes could collaborate in the coming years with an eye on sustainability, whether by merger or partnership.

With the merger, Father James DeGrassa who has been parochial administrator of St. Cornelius Parish, Chadds Ford, will become pastor of Resurrection of Our Lord Parish.

It will be Father DeGrassa’s task to form a transitional team made up of lay leaders of the two merging parishes in moving forward.

As with most parishes within the city of Philadelphia both Resurrection of Our Lord, founded in 1928, and Our Lady of Ransom, founded in 1954, have experienced a loss in membership due in part to the migration of families to the suburbs.

The declines, however, go back much further than five years. Figures from 1995, when the archdiocese began the October Counts of Mass attendance at each of that month’s Sunday Masses in every parish, show that Resurrection had a weekly Mass attendance of 3,252 and Our Lady of Ransom had 1,542.

One of the contributing factors for a larger recent decline at Our Lady of Ransom may be the closing of the parish school in 2012 with children now attending Resurrection Regional School at Resurrection.

Our Lady of Ransom may be closing as a formal parish but its facilities are still in use. The convent is still home to Sisters, Servants of the Immaculate Heart of Mary, according to Father Nasta.

The former school is in the process of being transformed into the new home for the Archives of the Archdiocese of Philadelphia, currently housed in the basement of St. Martin’s Chapel at St. Charles Borromeo Seminary.

The church with a capacity of 1,200 has been a favored venue for special Catholic events in Northeast Philadelphia, for example, an upcoming baccalaureate Mass for St. Hubert High School students, according to Father Nasta.

While both parishes are impacted by the merger, clearly Our Lady of Ransom is most affected.

“The people are sad,” said Father Nasta, who believes the main reason for the merger is people have moved and there are changing demographics. The more recent baptismal names do reflect a more multicultural dimension.

Father Nasta’s pastorship was for only three years, but enough time to recognize his flock for having “a great sense of community, spiritually uplifting and very prayerful.”

“I’m heartbroken,” said Tony DiCicco, a lifelong parishioner, who over the years did just about everything at Our Lady Ransom but celebrate Mass. “I went to school there, my son was in kindergarten when the school closed. My whole life has been there. I was an altar server, a lector, on the pastoral council, on the liturgy committee, I taught PREP for five years. I remember my dad saying I ought to move into the rectory.”

The parish, DiCicco remembers, “Always had a friendliness and openness and welcoming feeling. My wife, Mary, was on the committee and I understand the dynamics for what has happened,” he said.

But times change, and DiCicco conceded, “I have a wait-and-see attitude.” 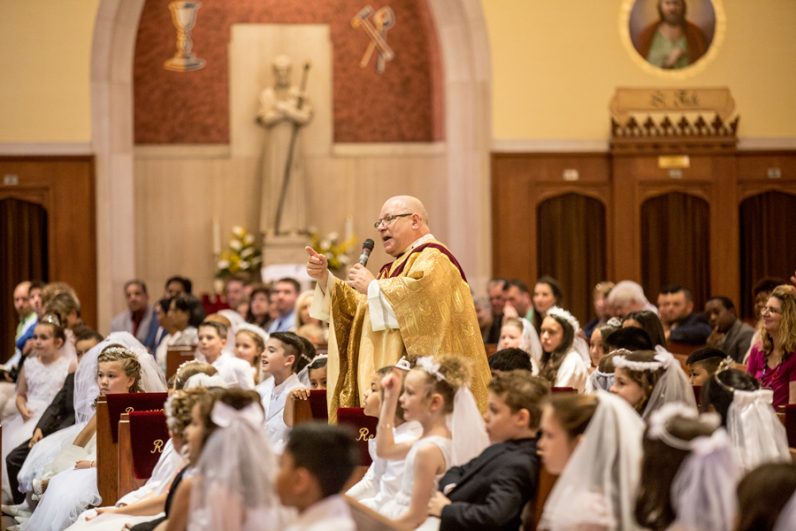 Father Joseph Howarth, former pastor of Resurrection of Our Lord Parish in Philadelphia, preaches the homily at the Mass where children of the parish made their first holy Communion on Saturday, May 6. (Truc Tram)

NEXT: The dearly bereaved find help, and new friends, in caring parishioners