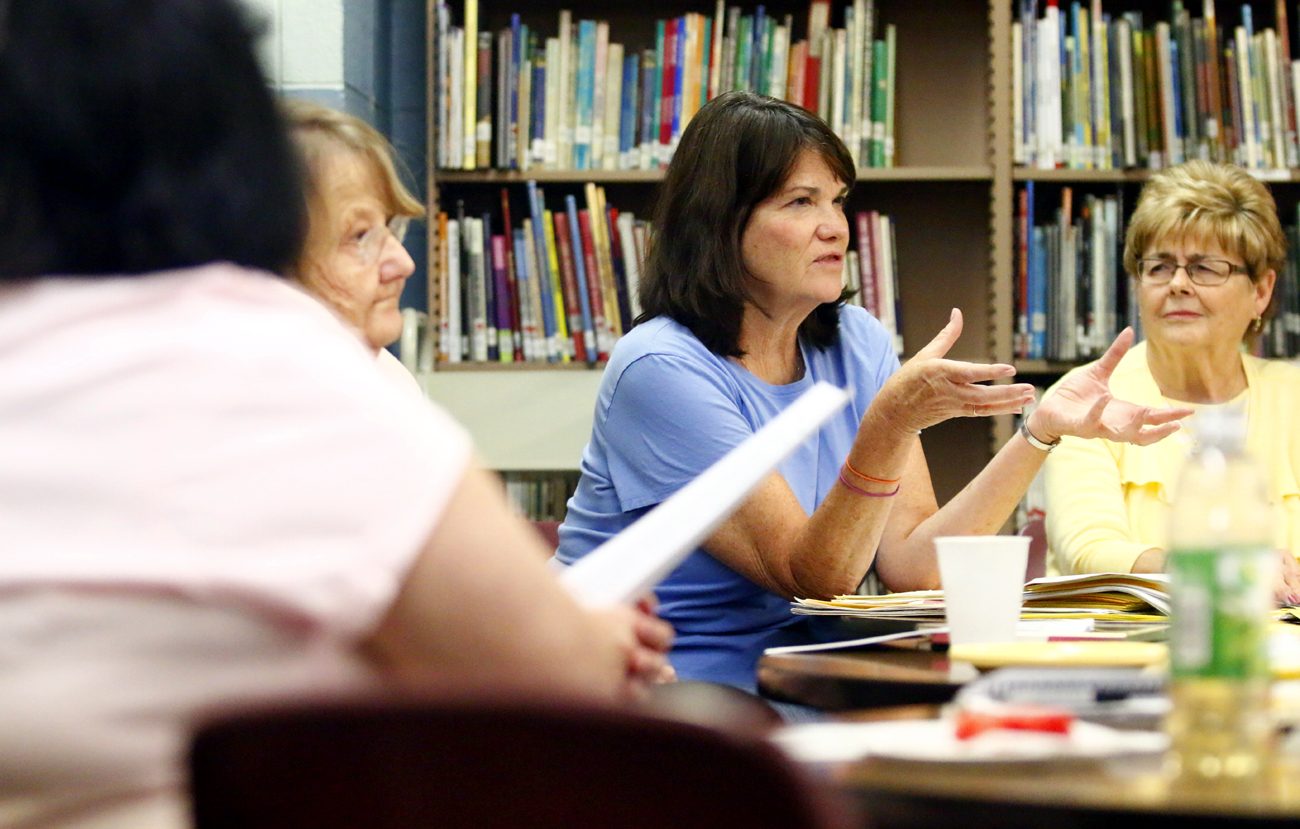 Fran Williams leads a discussion during a recent meeting in the spring session of the Bereavement Support Group of Christ the King Parish, Philadelphia, a group she formed in 2004. (Sarah Webb) 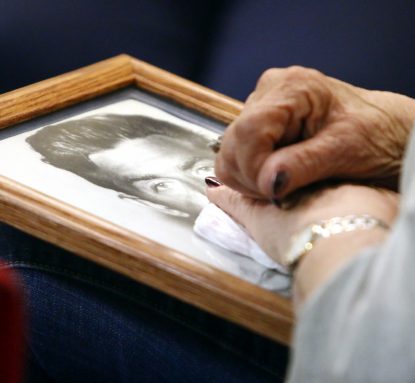 A woman mourning the death of her husband attends a discussion session of the Bereavement Support Group at Christ the King Parish, Philadelphia. Sarah Webb)

Back in the fall of 2004 Fran Williams, the director of parish services at Christ the King Parish in Northeast Philadelphia, began to organize a parish Bereavement Support Group utilizing materials and a format suggested by the archdiocesan Family Life Office.

With the encouragement of her pastor, Father James Callahan, Williams planned to conduct eight sessions covering the various perceived stages of grief. She assembled a small core group to help lead the discussion just to get things rolling, and opened it to all comers.

Now in 2017 the group, which meets in the school library in the spring and again in the fall, is still going strong with a rolling membership — some stay on for years, others a short time.

The most recent cycle was completed this month and had 27 participants, a very respectable number.

Topics for discussion included “Shock and Denial,” “Stress and Loneliness,” “Denial, Bargaining and Guilt,” and even “Anger.”

There have been changes. The program was cut to six weeks, eliminating parts that were thought not applicable or too short for an evening. By doing this the Christ the King group was able to focus on the six weeks in spring and fall that experience showed most likely to have a good turnout.

“Also, rather than stick to a strict format, we found it more effective when people were given a chance to open up and talk,” Williams said.

The first meeting always opens with everyone introducing themselves, just as an ice breaker, and they go on from there. Maybe some new members just listen in the beginning, but by the last meeting the challenge is to get everyone to settle down. Members often become friends, socializing at get-togethers on their own.

There is no one who does not suffer the loss of someone dear to them, and even to her surprise, Williams found it applicable in her own life after the death of a family member.

Most who come are women, especially widows, although others may have lost a parent, a brother or sister, a child or even a good friend.

Dolores Tankelewicz, whose husband Larry died just a year ago after almost 51 years of marriage, was totally lost. She’s the mother of six and the grandmother of 23, but she found “it is very hard to grieve in front of your children,” she said. “Although they lost their father and one of the greatest grandfathers.”

Her participation in the group started with a personal invitation by Williams. “But I thought, ‘What am I going to do there?’” Tankelewicz said. “After I went I realized everyone was feeling the same way I was; I wasn’t going crazy. When I cried, I said I was sorry, but they said don’t be sorry. I met a lot of new friends there. People really helped me and it was a Godsend.”

Tankelewicz plans to return in the fall for the next session because new people are coming all the time and she knows she can help them.

“I can help by telling my story, showing my pictures, keeping my husband alive. Here, everyone lost someone and we help each other. I’m sorry we are done until October because I have made such good friends. I’m glad Christ the King has this.”

Not all who belong to the bereavement group are from Christ the King Parish; some come a distance, others from nearby city neighborhoods. Agnes Brady is from neighboring St. Martha Parish. She was grieving because of the loss of a sister last April and grandson in July.

Her daughter thought she would benefit from a support group, and she found the Christ the King group which was relatively close.

“When I came I didn’t say anything for the first four weeks, then I opened up,” Brady said. “Now I’m able to speak about my grandson without crying, and I went back this last time just to keep myself from falling back into mourning.”

Now, “Fran is going to help me start a group in my own parish, St. Martha,” Brady said. “I expect to keep doing this because it helps me to cope with my own loss.”

Marie Lento lost her husband in June of last year at a relatively young age. She was going through a difficult time but really didn’t have family members who had experienced such a loss, except an aunt in Kentucky. Her aunt was helpful but far away.

Lento’s parents saw the bereavement group listed in the Christ King Parish bulletin and her father called suggesting she might try it, so she did. She attended the most recent fall and spring cycles and found they were just what she needed.

“I’m a big reader and had read books about grief and healing, but it was being around people who experienced it that really made the difference,” she said. “We were sad when it was the last meeting. I will go back for at least one more cycle. It was really helpful that first year, but there are people in the group who have been going for years.”

What makes the Bereavement Group at Christ the King work so well, Williams believes, is the people who come, whether they are from the parish or beyond, even some who may not be Catholic.

“It’s the personalities in the group,” she said. 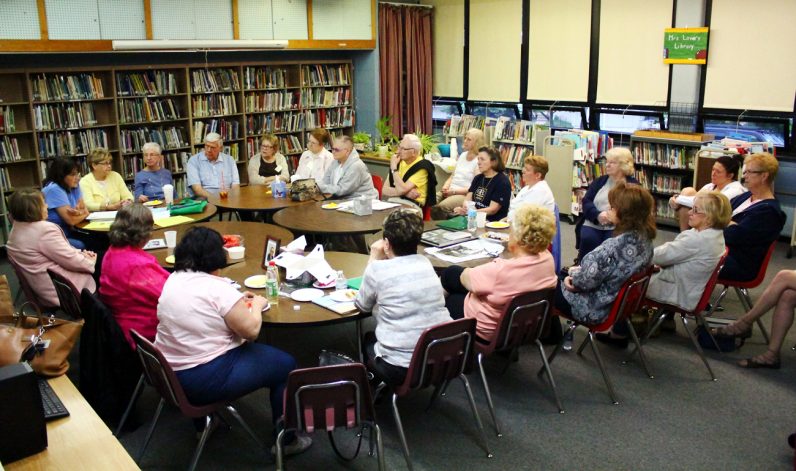 The Bereavement Support Group is based at Christ the King Parish in Northeast Philadelphia but welcomes anyone grieving the loss of a loved one. (Sarah Webb)

PREVIOUS: Our Lady of Ransom set to merge with Resurrection Parish

NEXT: Bishop DeSimone recalls his role in major WWII battle for Italy