Archdiocese launches website about U.S. priest who will be beatified 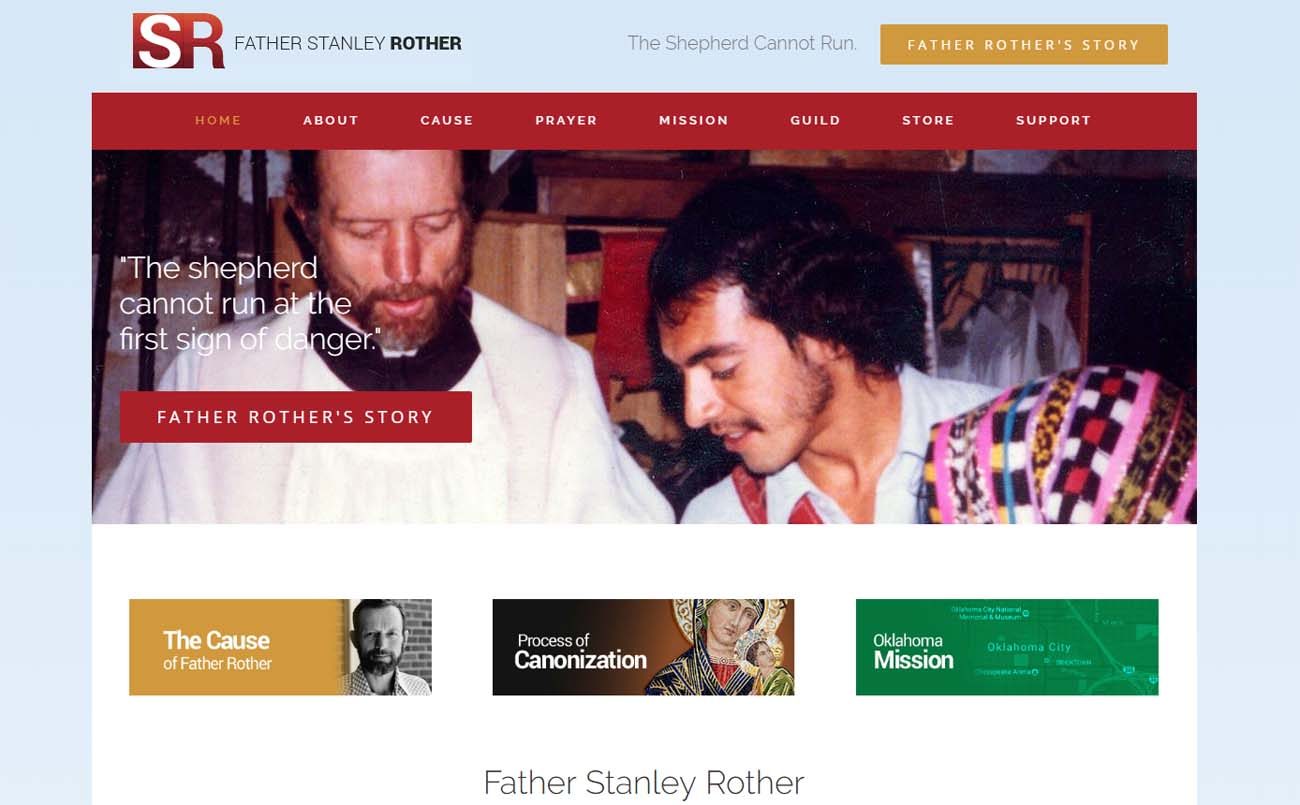 This is a screen shot of the StanleyRother.org website 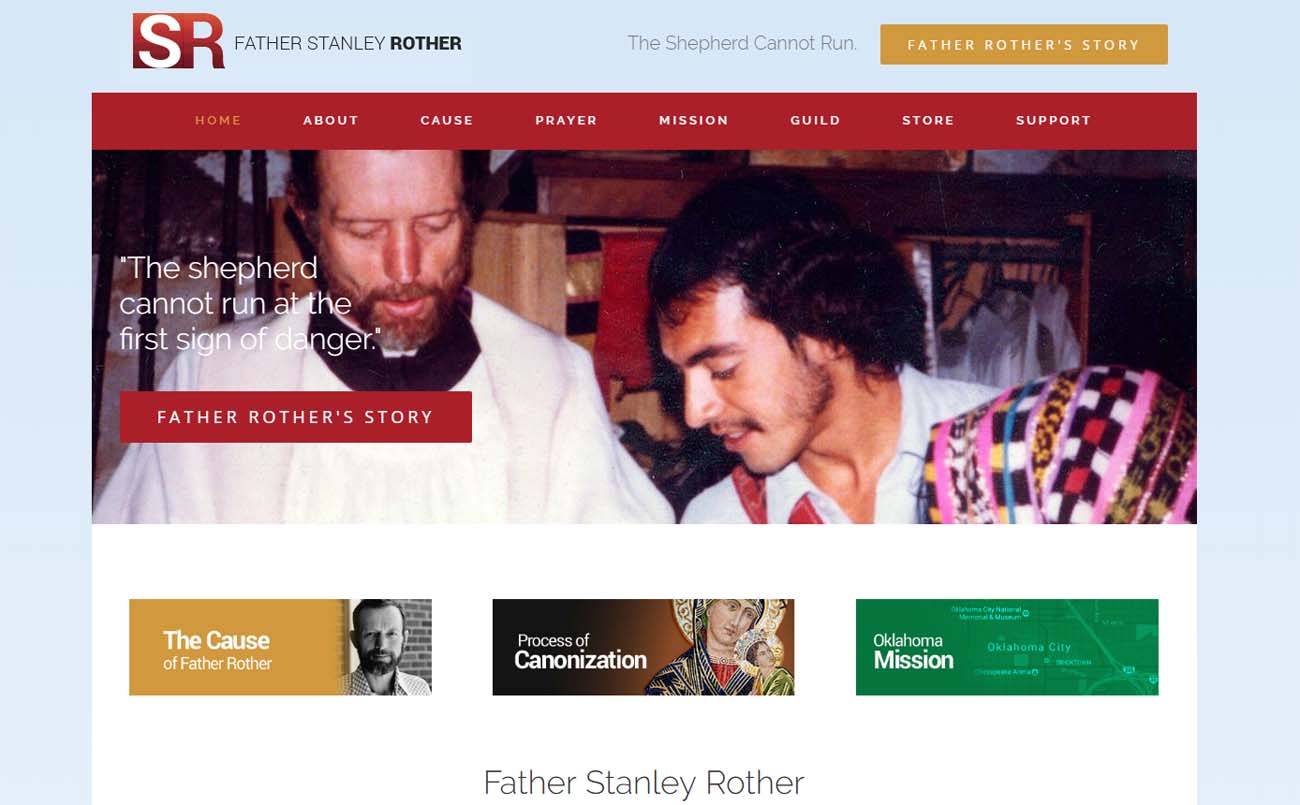 This is a screen shot of the StanleyRother.org website

WASHINGTON (CNS) — The Archdiocese of Oklahoma City has opened a website detailing the life, as well as steps toward sainthood, of Father Stanley Rother, an Oklahoma priest scheduled to be beatified in the fall.

“My office has been receiving so many wonderful prayers and interest from people across the country” about Father Rother, wrote Archbishop Paul S. Coakley, of Oklahoma City in a May 11 Facebook post. “As of today, we have a new website dedicated solely to Father Rother. Please take time to visit the site to learn more about his servant heart and to sign up to receive information about his beatification Mass on Sept. 23.”

The stanleyrother.org website tells the story of the U.S. priest who worked in Guatemala for 14 years until he was murdered there in 1981. Although he was a diocesan priest for the Archdiocese of Oklahoma City, Father Rother, who grew up on a farm, offered to serve in his diocese’s mission in Santiago Atitlan, Guatemala, in 1968. He served a poor and indigenous community in the area, helping build a small hospital, a school and its first Catholic radio station. But he also helped the agricultural community with its crops and to build an irrigation system.

Many Guatemalans in his community were kidnapped, disappeared or murdered as the government accused them of sympathizing with rebels during the decades-long conflict that plagued the Central American nation from 1960s until the late 1990s. Father Stanley, known as Father Francisco because his name was hard for the locals to pronounce, was 46 when a group of men entered the rectory and fatally shot him. When Pope Francis recognized his martyrdom in December 2016, Father Rother became the first Catholic martyr born in the United States.

Along with details of his life and death, the website explains the canonization, or sainthood process, as well as the opening of the Father Stanley Rother Guild, which aims to teach about the priest’s life, asks for donations to help with the canonization process as well as the upcoming beatification, but the website says the “first and foremost goal of the guild is to pray for the cause of Father Rother.”

“Another important aspect is, when the person is in need of a miracle, the guild serves as a place where people can write to speak of the favors they are receiving through the intercession of the candidate. We are not at this stage as yet,” writes the guild director, Father M. Price Oswalt, on the website.

After Father Rother is beatified, a miracle attributed to his intercession needs to take place, and verified, so that he is canonized, or declared an official saint by the Catholic Church.