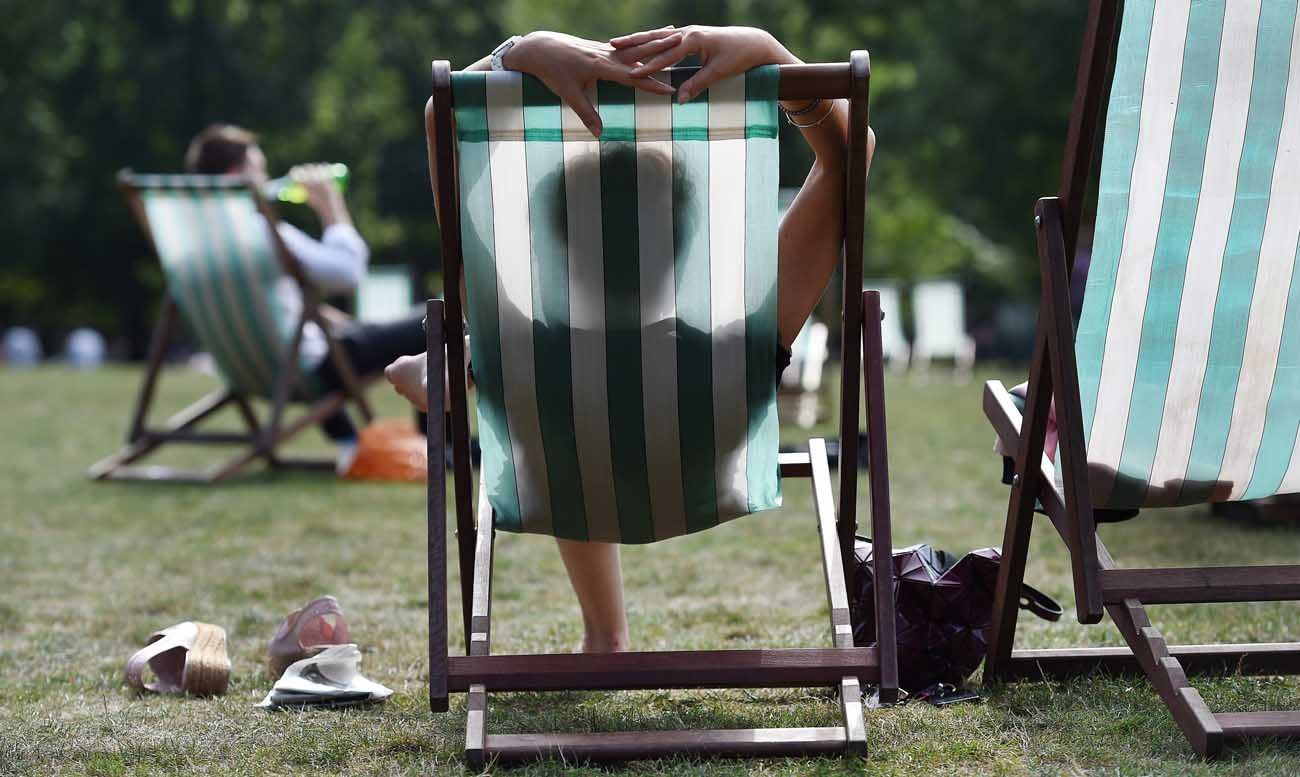 People enjoy the weather at Green Park in London Sept. 13, 2016. The bishops of England and Wales have put the post-Brexit future of the United Kingdom at the top of a list of priority issues for Catholic voters to consider before the June 8 general election. (CNS photo/Andy Rain, EPA)

MANCHESTER, England (CNS) — The bishops of England and Wales have put the post-Brexit future of the United Kingdom at the top of a list of priority issues for Catholic voters to consider before the June 8 general election.

In a two-page letter published May 15, the bishops reminded Catholics of their duty to vote and advised voters to question politicians seeking their support on a range of 10 key issues.

The consideration at the top of the list was titled “leaving the European Union,” and voters were asked to determine the attitude of candidates to the future status of EU citizens who live in the U.K.

The bishops also invited voters to ask candidates what issues “should be the top priority when forming new international partnerships,” adding that “human and workers’ rights, the environment, and the development of the world’s poorest countries” must be considered.

In their preamble, the bishops said the election “takes place at a pivotal moment in the life of our nations as we prepare to leave the European Union,” following the outcome of the June 2016 referendum on EU membership.

“To a great extent, the outcome of this election will determine the approach taken on how this is achieved, the priorities we pursue and the values we wish to treasure as our own in the U.K. and as partners with countries around the world,” the bishops said. “It will determine how we can heal divisions in our society, care for the vulnerable, how our public services are run and whether we can remain a united kingdom.”

The second question on the list deals with euthanasia and assisted suicide, with Catholics urged to ask candidates if they would uphold a 2015 House of Commons vote against a bill to permit doctor-assisted death.

Abortion is not explicitly mentioned, but the bishops suggested that Catholics asked their candidates if they would “support measures to promote the intrinsic value of life at every stage.”

The bishops also asked voters to press candidates about their policies on prison reform in face of “unprecedented levels of violence and suicide.”

They highlighted the need for a fair migration system and the expansion of schemes to find homes for refugees to the U.K., as a commitment to protect persecuted minorities overseas, “including Christian minorities.”

The letter also makes modern slavery and poverty relief both at home and abroad issues of concern.

In the face of aggressive secularism that has led to attacks against state-funded Catholic education, voters should question candidates if they supported the rights of parents to choose Catholic schools for their children, the bishops suggested.

The eight Scottish bishops also released the text of a pre-election letter to Catholics May 15, asking voters to focus principally on issues touching on the sanctity of human life; marriage and the family; poverty; political asylum; and religious freedom.

In the letter, which will be read out in churches May 20-21, the bishops included sections on the arms trade and nuclear weapons and on threats to free speech.

Politics, the bishops said, needed a new direction “where dialogue is respectful and where different points of view, including those of a religious nature, are tolerated.”