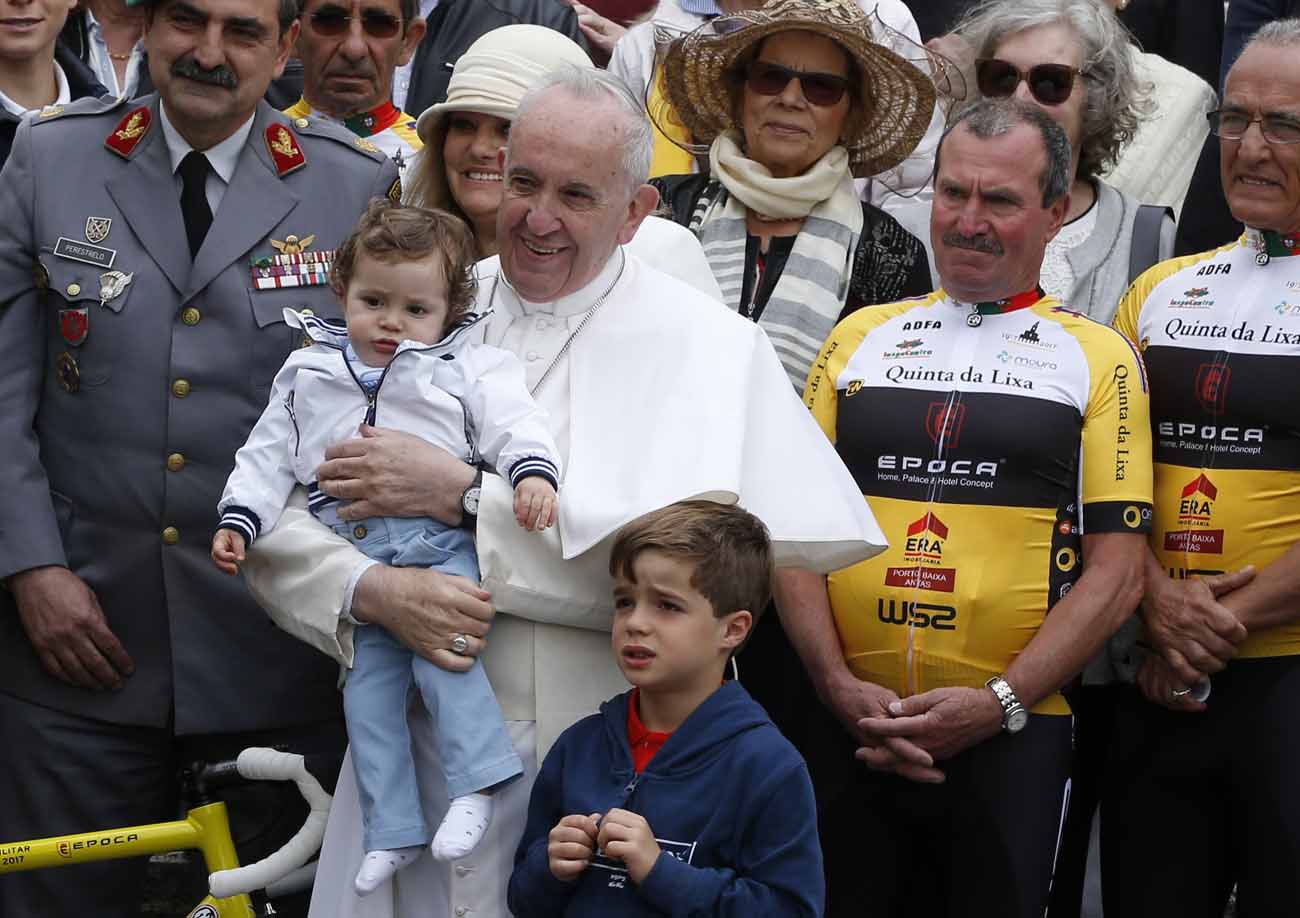 Pope Francis holds a child as he poses with people during his general audience in St. Peter’s Square at the Vatican in this April 26, 2017, file photo. (CNS photo/Paul Haring)

VATICAN CITY (CNS) — God’s compassion can change the rigid hearts of those who use his law to condemn others, Pope Francis said.

A person with a hardened, “pagan heart does not allow the Spirit to enter” and often relies on his or her own strength and intellect rather than understanding God’s will through humility, the pope said May 2 in his homily during Mass at Domus Sanctae Marthae.

The pope focused his homily on the day’s first reading from the Acts of the Apostles, which recalled the martyrdom of St. Stephen, who was stoned to death after denouncing the scribes and elders “as stiff-necked people” that “always oppose the Holy Spirit.”

Unlike the disciples at Emmaus whose hearts were opened after being reproached by Jesus as “foolish,” the elders who stoned Stephen gave into their anger at being corrected. This, the pope said, is the tragedy of those “with closed hearts, hardened hearts.”

“They know how to condemn, but they do not know how to say, ‘Explain this to me. Why do you say this? Why that? Can you explain it to me?’ No, they are closed. They know everything. They have no need for an explanation,” he said.

Those who stoned the church’s first martyr had “no space in their hearts for the Holy Spirit,” who allows Christians to look on others with the same tenderness God has “toward us, toward our sins, our weaknesses,” Pope Francis said.

“Let us enter into this dialogue and ask for the grace so that the Lord softens a bit the heart of these rigid ones, those people who are always closed in the law and condemn all those who are outside of that law,” he said.

NEXT: Irish Jesuit, Protestant gentleman-turned-Catholic healer, to be beatified