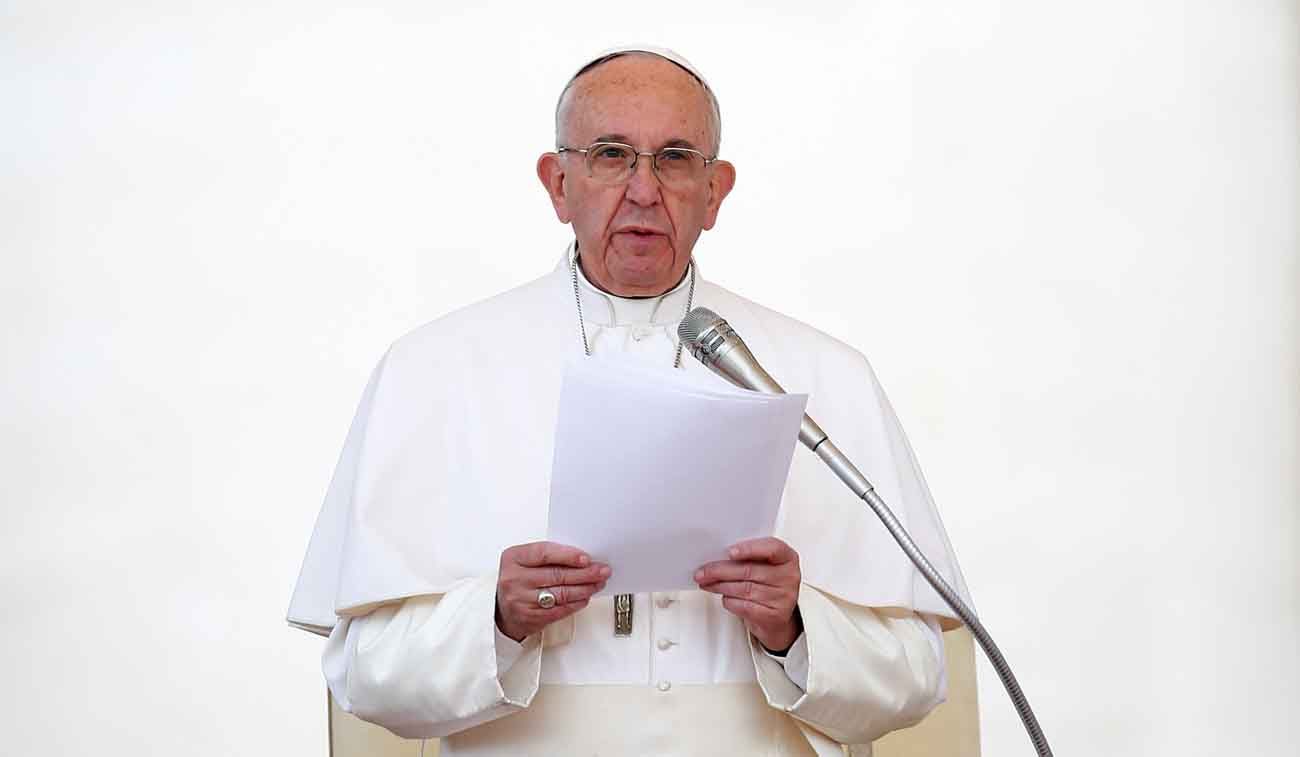 VATICAN CITY (CNS) — A healthy Christian life is one that treasures a memory of the past, but is always moving forward and reaching out to others, inviting them to join the journey, Pope Francis said.

“Don’t walk with your eyes on what is behind you or you’ll bump into something,” the pope told some 70,000 members of Italian Catholic Action April 30. “Don’t stare in the mirror; many of us are ugly so it’s better not to look!”

Most of all, he said, “don’t sit comfortably in an armchair; that makes you fat and it’s bad for your cholesterol!”

The morning after returning from a two-day trip to Egypt, Pope Francis spent more than an hour in St. Peter’s Square with people celebrating the 150th anniversary of Catholic Action in Italy. The organization, which is structured on a parish and diocesan level, emphasizes faith formation and social involvement.

Pope Francis told the group that his father and his grandmother both were members of Catholic Action, which helps Christians “proclaim with their lives the beauty of God’s love” and find ways in their daily lives to build “a society that is more just, more fraternal and marked by more solidarity.”

The vocation of laypeople, he said, is to live holy lives through their daily activities, which involves adopting “welcome and dialogue as the style with which you make others your neighbors.”

Following the example of famous members who went before them, the pope urged Catholic Action members to be involved in politics — “with a small ‘p'” — by working for the common good of their communities and country.

“Stay open to the reality that surrounds you,” he said. “Without fear seek dialogue with those who live alongside you, even those who think differently than you do, but want peace, justice and brotherhood.”

NEXT: New head of Knights of Malta to lead reform efforts