Struggle against the ‘culture of destruction,’ pope tells teens 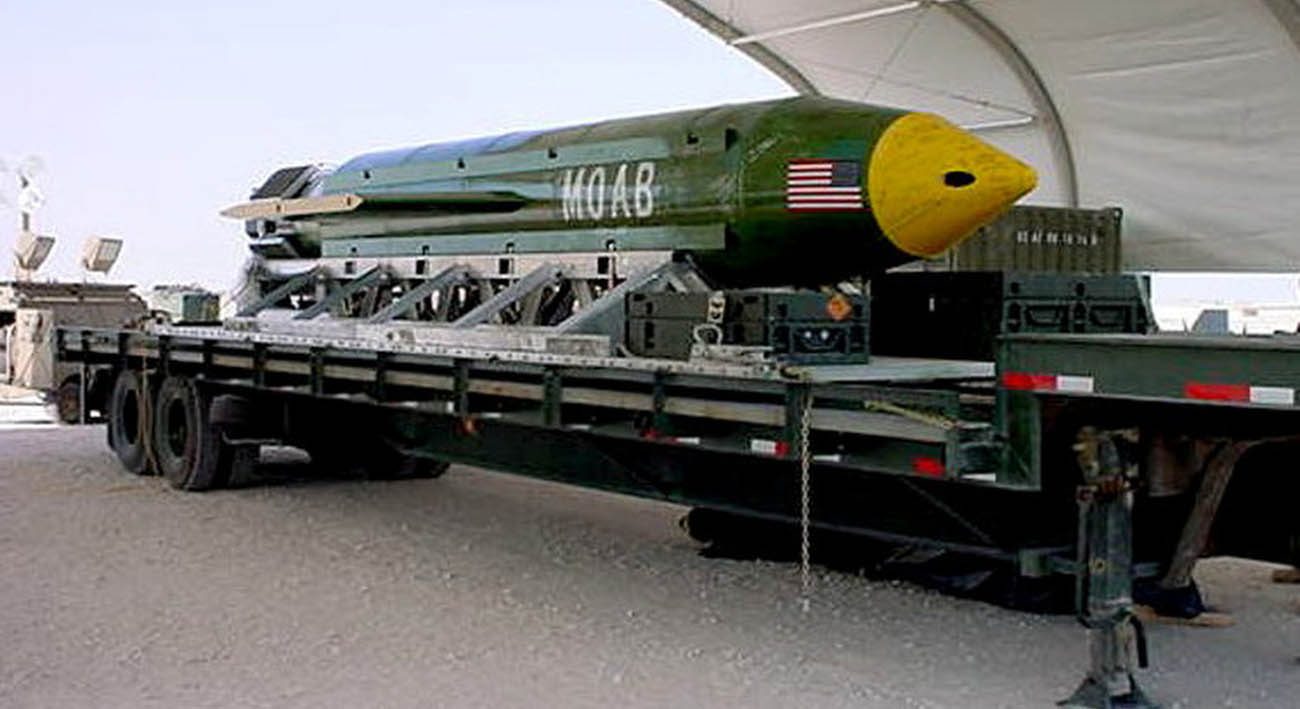 A Massive Ordnance Air Blast, also known as MOAB or Mother Of All Bombs, is pictured in this undated handout photo. Pope Francis told Italian students May 6 he was shocked when a massive U.S. bomb used in Afghanistan was referred to as "the mother of all bombs." (CNS photo/handout via Reuters)

VATICAN CITY (CNS) — Pope Francis told Italian students he was shocked when a massive U.S. bomb used in Afghanistan was referred to as “the mother of all bombs.”

“They called it ‘the mother of all bombs,'” the pope told the Italian youths. But “a mother gives life and this brought death.”

The 7,000 young people were participating in a course on peace and human rights sponsored by the Italian ministry of education. They gave the pope sustained applause May 6 for his comment about the U.S. bomb, formally called the Massive Ordnance Air Blast (MOAB). U.S. forces used it in Afghanistan on a tunnel complex for suspected Islamic State militants April 13.

Pope Francis told the young people they should be worried about the state of the world, which seems to be embracing a “culture of destruction” when God made human beings “to build, give life, move forward, create community and live in peace.”

At the same time, he said there are millions of people in the world giving their lives in service to others. The vast majority of them are “hidden” and never make the news, but they exist and the young people should join their ranks.

Four of the youths and one teacher asked the pope questions. He took notes as they spoke and then called them back to the microphone before responding because they hadn’t given their names and he wanted to respond to them directly.

A young woman who gave her name as Maria asked the pope what was going on in the world with so much violence, hospitals and schools being bombed and refugee children drowning in the Mediterranean? The pope said he asks himself the same question.

Because of sin and the work of the devil, he said, human beings have destroyed one another since Cain and Abel. But cruelty and destruction seem to be increasing.

Another young woman told Pope Francis that in school she and her classmates are studying “Laudato Si’,” his encyclical on the environment. She said she knows people need to change their behaviors to protect creation, but she wonders if it’s too late and, she said, it’s tempting to be resigned to the earth’s destruction.

“That makes me angry,” the pope said. “Resignation is a forbidden word for us. Never, never. We have to keep going, struggling, being creative.”

The way people treat the environment is part of the culture of destruction, he said. “We are not only polluting creation, we are destroying it.”

The pope said many people today will not even eat an apple without peeling it because of the pesticides used and “there are doctors who tell mothers not to give their children factory-farmed chicken because hormonal imbalances” in children may be caused by the hormones used to fatten the chickens.

“Evil, money and power,” but especially money, are behind much of the destruction of human beings and of creation, the pope said. Weapons manufacturers make more weapons than nations need to defend themselves, so they sell them to opposing sides in a tense situation, helping to ignite violence. Drug trafficking and human trafficking make billions, destroying lives.

Meekness, dialogue and placing human beings — not money — at the center of concern are key weapons in fighting the culture of destruction, he said. People need to learn to listen to one another and discuss differences rather than launch a “litany of swear words.”