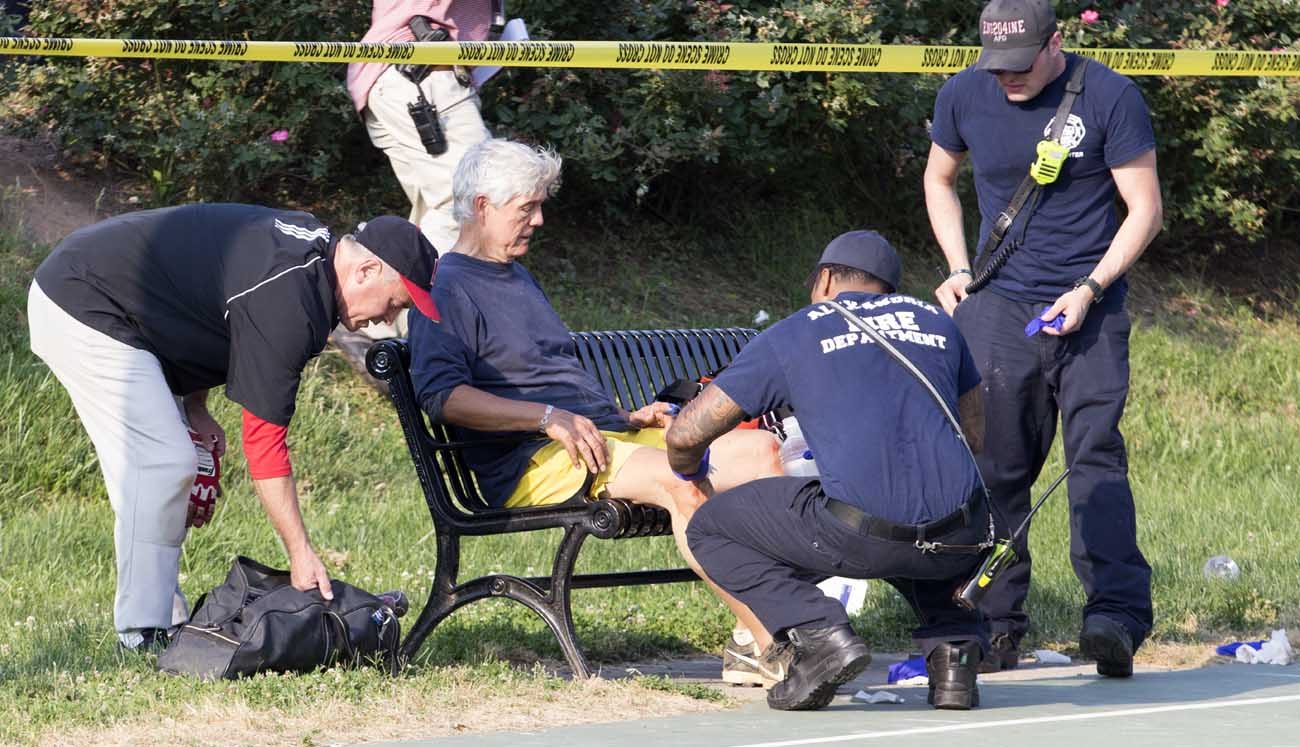 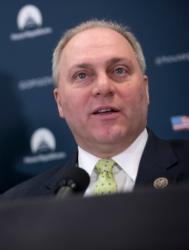 ALEXANDRIA, Va. (CNS) — Federal authorities are investigating a shooting that resulted in injuries for Catholic congressman and Republican Steve Scalise and others when a gunman opened fire on him and the others during a June 14 practice for an annual congressional baseball game.

Late in the day a Washington hospital listed Scalise in critical condition after he underwent surgery for an injury to his hip that he sustained in the shooting. The suspected gunman was identified as James Hodgkinson of Illinois, and President Donald Trump said in a briefing that the shooter was dead.

Five people were medically transported from the scene at Simpson Park in Alexandria, shortly after the 7 a.m. shooting, said Michael Brown, police chief for the city of Alexandria, in a press briefing. He would not say whether the gunman was one of those transported.

Scalise is the U.S. House Majority Whip and represents Louisiana’s 1st Congressional District. He and his wife, Jennifer, belong to St. Catherine of Siena Parish in Metairie, a suburb of New Orleans. The couple’s children attend the parish school.

New Orleans Archbishop Gregory M. Aymond said in a statement: “We are saddened by this act of violence. Our prayers are with Congressman Scalise, for his healing, his wife, Jennifer, and their children, and for all involved in this shooting.”

“Our prayers go out for @SteveScalise, the Capitol Police and others wounded or affected by this morning’s attack,” said Washington Cardinal Donald W. Wuerl via Twitter.

Arlington Bishop Michael F. Burbidge said in a statement he was “profoundly saddened” by the events and offered prayers for those wounded in “this senseless attack.”

In his prayer opening the day for Congress, which took place in the late afternoon, the chaplain of the House of Representatives, Jesuit Father Patrick Conroy said: “We, as Americans, are blessed by a free and open society, with rights secured by law and the Constitution, but once again we are reminded that there is a vulnerability that comes with that openness. May we all be vigilant in being good citizens, neighbors and defenders of our way of life at a time when so many challenges to our way of life and government seem under siege.”

Like others, he expressed wishes for unity during a difficult time for the country.

“May Republicans and Democrats be mindful of the rare companionship they share, men and women who have taken very public responsibility for our country that carries so many burdens,” Father Conroy said, adding his wishes that the “day be characterized by kindness, goodwill and compassion.”

The group of House members and staff were at a baseball practice to prepare for the 56th annual Congressional Baseball Game, played each summer by members of Congress, when the shots rang out. Congressman Mo Brooks of Alabama was on third base during the practice when the shooting occurred.

“All of a sudden I notice a guy’s got a rifle and he’s shooting at us,” he told a news station.

Brooks said the weapon looked to be a semi-automatic. During a break in the gunfire, he said he ran for cover and went to render help to those injured. While he was helping, he said he heard security detail open fire on the shooter.

“On days like today, there are no Democrats or Republicans, only Americans united in our thoughts for the wounded,” tweeted Minority Leader Nancy Pelosi, a Catholic and Democrat representing California.

Scalise was first elected to the U.S. House in 2008. He represents Louisiana’s 1st Congressional District. Before that, he was a member of the Louisiana House and the Louisiana Senate, serving from 1996 to 2008.

“Prior to entering surgery, (Scalise) was in good spirits and spoke to his wife by phone. He is grateful for the brave actions of U.S. Capitol Police, first responders, and colleagues,” said a statement released by the congressman’s staff. “We ask that you keep the Whip and others harmed in this incident in your thoughts and prayers.”

Schools in the area near the shooting were immediately put on lockdown and bomb-sniffing dogs monitored the grounds of the U.S. Capitol at mid-morning.

Federal authorities at a news conference said it was too early to tell anything about the incident, whether it was terrorism, targeted toward Congress or Scalise, or what exactly motivated it, but asked anyone with information to call (800) CALL-FBI and select option 1. Organizers for the charity game said the event would take place as planned June 15.